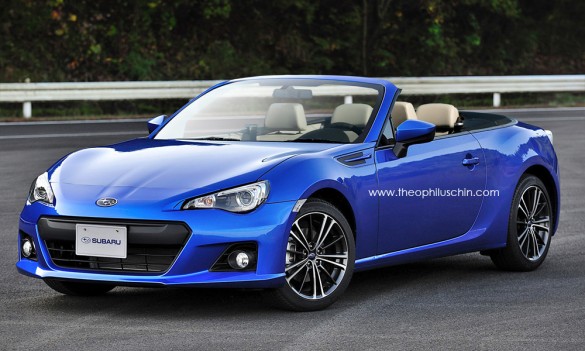 The new Scion FR-S and Subaru BRZ are just about to hit American showrooms and already reports have recently confirmed a convertible version of the Toyota GT 86 in the works. Autobild stated that Toyota GT 86 chief engineer Tetsuya Tada said “the GT 86 was designed from the outset [so] that we can build it as a convertible.” Sounds like a green light for a convertible to us.

Ever since the first concept introduction of the Toyota FT-86 years ago, enthusiasts have anticipated a new vehicle to bring some excitement to Toyota and Subaru for the rear-wheel-drive sport compact car market. Introducing a convertible variation of the vehicle would only spark an interest of more enthusiasts potentially giving some an alternative to vehicles like the Mazda MX-5 (Miata).

We beg to ask those who may be placing an order for the Scion FR-S or Subaru BRZ, if they would consider a Convertible version of either?