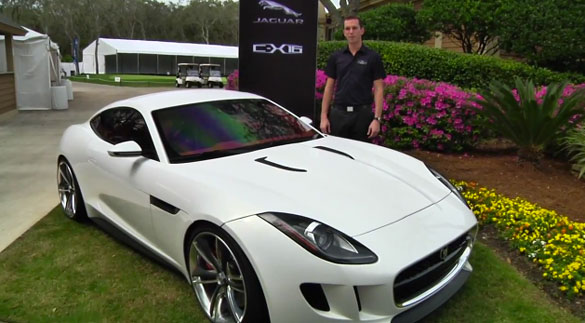 In addition to taking many pictures at the 17th Annual Amelia Island Concours d’Elegance, we captured videos of many all-new vehicles to recently hit the automotive market such as the new Range Rover Evoque, Jaguar XKR-S, Maserati GTS Convertible and McLaren MP4-12C. Below are several introduction videos, including one to the Jaguar C-X16 Concept car, with a quick over-view from the respective representatives on site at this year’s Amelia Island Concours d’Elegance.