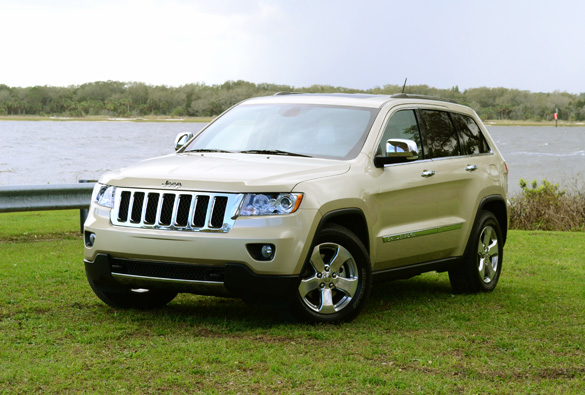 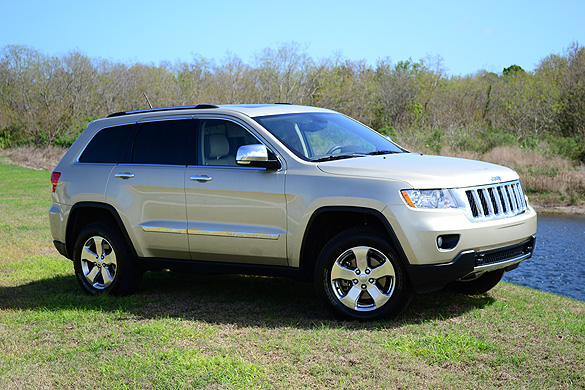 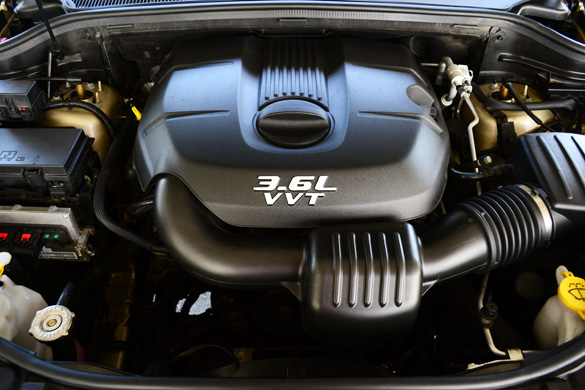 To put things into motion, on all types of terrain, is a new 3.6-liter V6 Flex-Fuel capable engine with 290 horsepower and 260 ft-lbs. of torque. The V6 engine is mated to a 5 speed automatic with a semi-manual shifting option (down-shifts can be manually controlled with a limit to up-shifts). Power delivery is smooth but lacks quick responsiveness from the sluggish shifting 5-speed automatic box. At times on the highway my Grand Cherokee hesitated to up-shift and took a few seconds to sort out down-shifts. For an automatic gearbox with only 5-fowrad gears, it seems to need a bit of re-working or programming to speed things up. Although, when going off-road, the auto transmission, coupled with a 2-speed transfer case, proves to shine especially when selecting 4×4 low.

During my city drives in the new 2012 Grand Cherokee I took special notices to a lingering gas pedal. At speeds around 45mph, letting off of the gas pedal seemed to respond very slow allowing the vehicle to keep accelerating for a couple seconds too long. This was also noticed in the Dodge Durango, built off of the same drive-train platform as the new Grand Cherokee, which I reviewed last year. 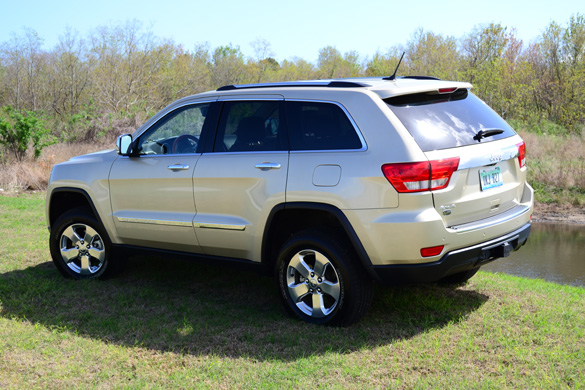 Having an adjustable air suspension system, with as many as 4 different selectable height modes, gives the 2012 Grand Cherokee a major edge over its competition. The system is quite advanced also. The Quadra-lift air suspension has the intelligence to lower the vehicle at highway speeds (starting around 65mph to 70mph) to an aerodynamic ride height and automatically limit higher ride heights when approaching cruising speeds. Additionally, the system can be set at its lowest setting when parking to allow easy entry and exit. A lot of thought was put into making the air suspension system safe, and at the same time, functionally useful. 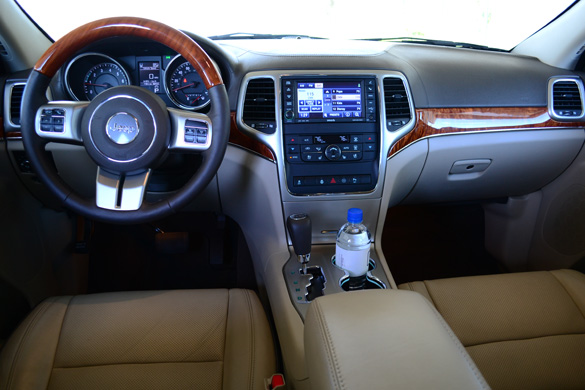 The new 2012 Jeep Grand Cherokee Overland’s interior gets minimal scrutiny as it is on par with the interior quality of other Chrysler vehicles. The heated and ventilated front leather seats prove to be supportive and allow a lot of adjustability. Rear seating areas have also been improved from previous generations giving them adjustable backs and enough room to fit 3 adults comfortably. Vehicle controls, including the selectable terrain management dial surrounded by ride height adjustments, are all placed in convenient locations proving to be easy to read. The integrated touch LCD screen, stereo system and navigation unit is customary to other Chrysler and Jeep uConnect offerings.

Exterior styling of the 2012 Jeep Grand Cherokee keeps things rather traditional and not sway too far from a formula that has worked well since 1993. For the 2012 model, the design carries over from the 2011 Grand Cherokee’s redesign. 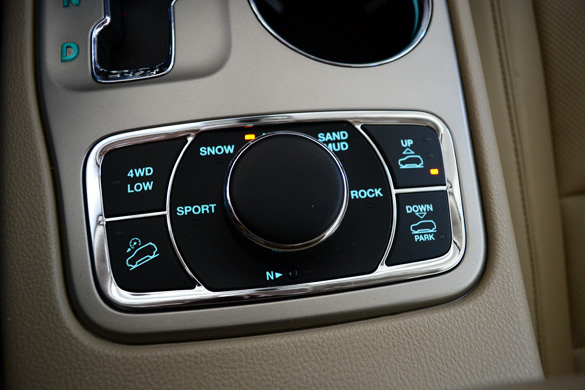 The Jeep Grand Cherokee remains to be unmistakable and is now more off-road capable than it has ever been.

An optional 5.7-liter V8 engine can be had on the 2012 Grand Cherokee mated to a 6-speed automatic transmission. The new 2-speed transfer case, as equipped on my Grand Cherokee V6 test vehicle, includes hill descent and a Select-Terrain management system. The terrain management system, in conjunction with the height-adjustable air suspension, allows you to select different terrain programs such as Snow, Sand/Mud, Rock, Sport mode or an automatic mode. Hill descent works wonderfully as I was able to experience it at a Jeep excursion at a local car show proving how the Grand Cherokee keeps things civilized on steep declines. Approach angle for the new 2012 Grand Cherokee is 26.3 degrees, while angle of departure is 26.5 degrees. Maximum towing capacity is now 7,400 pounds a 4×4 equipped V6 Grand Cherokee. 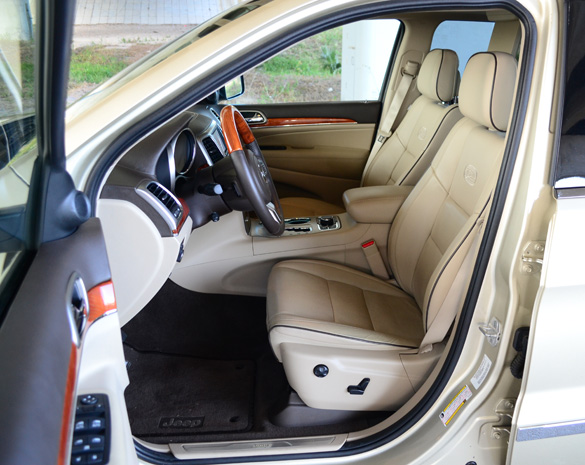 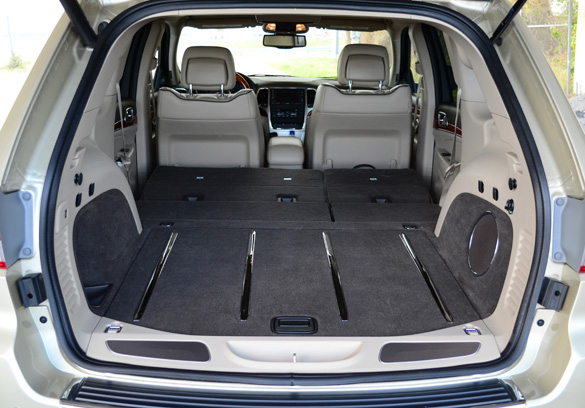