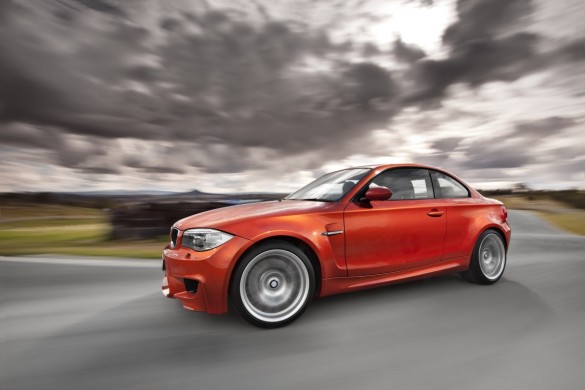 If you’ve been saving your lunch money to put down a deposit on BMW’s 1-Series M coupe, we’ve got bad news for you: you’re time has run out. According to Holland’s De Telegraaf (via Left Lane News), BMW is no longer taking production orders on the coupe that many have proclaimed the second coming of the E30 M3.

The news isn’t surprising, as BMW was clear up front that it would only build the car for a limited time. Plant expansion at BMW’s Leipzig, Germany facility will cause production to end in June, and there are enough 1-Series M orders in the pipeline to keep workers busy until then.

The 1-Series M was intended to be an “affordable” sports car that drew young enthusiast buyers into the BMW family. It launched in the U.S with a sticker price in the mid-to-high $40k range, pricing it beyond the means of most young buyers. Its limited-production status didn’t help, either, and some opportunistic dealers listed 1 Series M models for nearly double the car’s sticker price. Clean examples can still be found, but they’ve already hit collector car status, with pricing to match.

There’s no word yet on whether or not BMW will offer an equivalent model when the new 1-Series is launched. Frankly, we’re hoping to see the M135i Concept that BMW showed in Geneva hit production and land on these shores. While traditional wisdom says that hatchbacks don’t sell well in the United States, we think the M135i would be the exception to that rule.