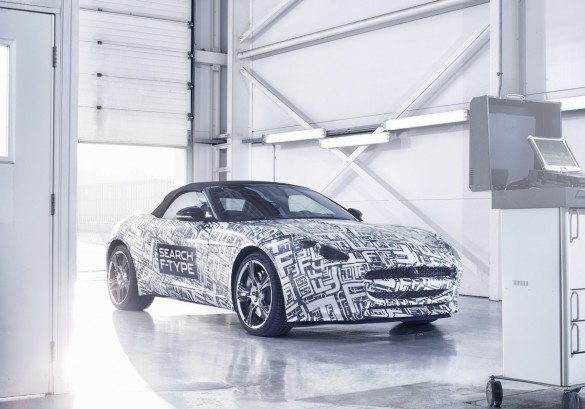 In a press conference at the New York Auto Show, Jaguar announced that the C-X16 show car concept would be put into production as the Jaguar F-Type. While Jaguar didn’t actually show the car at the press conference, it did announce that the F-Type will appear in production form later this year.

The F-Type will be a two-seat roadster, aimed at delivering entertainment value over comfort. That seems to be a departure from much of the current Jaguar lineup, which focuses on passenger amenities as much as outright speed (XK-R models excepted).

It’s too early for Jaguar to release engine details, other than to say that the range of available gasoline engines will introduce a new powerplant family to the brand. Jaguar isn’t mentioning any specifics about performance, either, but it does promise that all F-Type models will deliver “stunning sports car performance.”

The F-Type will be produced at Jaguar’s Castle Bromwich plant, and prototypes have now entered the on-road testing stages (in other words, expect spy photos shortly). Full details should be released this fall, with sales of the F-Type beginning in mid-2013.