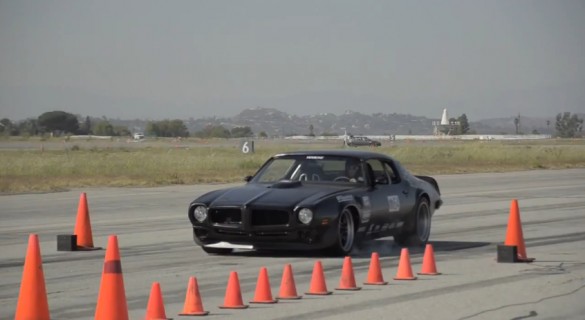 The very spirit of hot rodding is this: take what you have, and make it faster. When you’re done, drive it like you stole it, preferably in competition against other similarly-built cars. That formula has been the basis of street racing for nearly 100 years; what’s changed in recent years is that hot rodding, at least with big American cars, has become respectable.

Instead of running light-to-light on the street, endangering both your license and other drivers, events like the American Street Car Series’ Run To The Coast allow builders to run their cars in a series of events, ranging from autocross to drag race to road course competition. The variety of cars entered is impressive, and Big Muscle host Mike Musto points out everything from a Sunbeam Tiger through a vintage Ford pickup built up from a wrecked Mercury Marauder.

Musto knows a thing or two about driving, as well. He drove his own “Mr. Angry” 1968 Dodge Charger, the same car used to run One Lap Of America, in this year’s Run To The Coast. While a eighteen-foot long, two-ton car may not be nimble enough to do well in the autocross, it is capable of impressive burnouts.