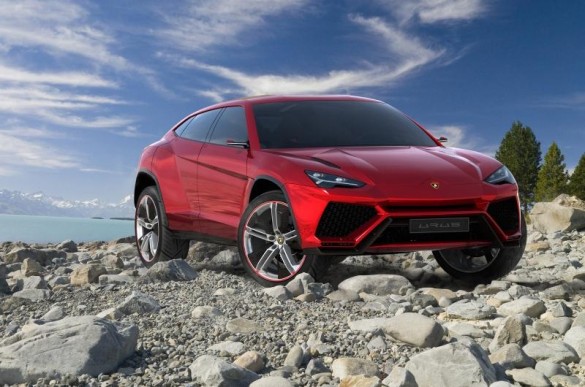 From all of the previous circulating rumors of Lamborghini birthing a new SUV, it was only a matter of time that we would get a glimpse at official images from the Italian Bull maker. After-all, the internet waits for no one.

What is to be called the Urus, is Lamborghini’s newest vehicle added to the lineup and very first SUV. For obvious reasons, the Lamborghini Urus will compete head-to-head with the likings of the Porsche Cayenne, Audi Q7, BMW X5M/X6M, Bentley’s upcoming SUV and any other premium brand sport-utes to hit the market.

Powering the new Lamborghini Urus SUV will be the company’s well-endowed 5.2-liter V10 engine producing 584 horsepower for the riding-high Bull. Additional details are expected to be released when Lamborghini officially unveils the Urus at the Beijing Motor Show. For now, enjoy the leaked official images of the Lamborghini Urus SUV below.