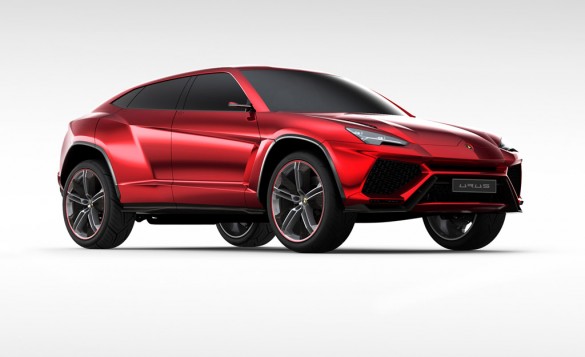 You cannot doubt the idea that the SUV segment is an exploding market, even when you consider the current high price of gas. Let’s face it, in America, size matters and the SUV and crossover market is a dominating factor not only among growing households, but for those who demand added utility instead of the traditional sedan or coupe. Lamborghini is among a growing list of premium auto brands to introduce a new SUV that may hit the automotive market very soon. To officially unveil Lamborghini’s new SUV, the Urus, Stephan Winkelmann takes to the stage at the Volkswagen Group Night in Beijing.

The new Lamborghini Urus (a Spanish Bull) will join the Italian Bull lineup focusing on premium SUV market consumers who want to depart from the traditional sports cars offered by such brands. Think of it as a dream you always had of taking the whole family to Disney in the new Aventador or Gallardo. Only this time, you will have 600 horsepower on tap, potentially 3 seats in the back and maybe a little usable storage to boot.
Hit up the video below of the official introduction to the Lamborghini Urus Concept vehicle below.