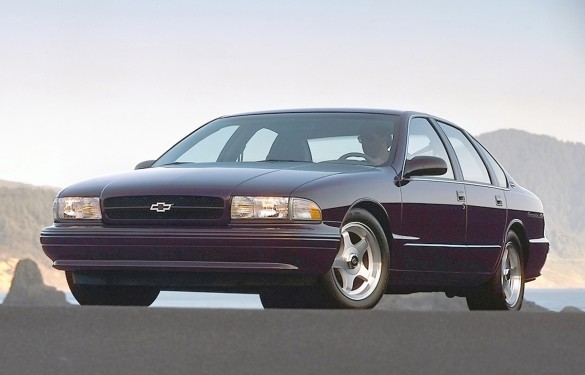 The SS tag, which stands for “Super Sport,” has long been associated with Chevrolet products. It debuted on the highest performance 1961 Impala, and has graced the flanks of everything from the Nova through the Trailblazer since. Now comes word from Left Lane News (via GM Authority) that Chevy has filed an application to trademark the SS name.

What that means, exactly, isn’t yet clear, but speculation is that Chevrolet may introduce a new performance model simply named the SS. Such a car would likely be built in a classic front engine, rear drive layout, and would probably be positioned atop the model range. In 2010, “Maximum” Bob Lutz admitted that the possibility of a high performance premium sedan from the brand was very real, and even referred to the car as a “four-door Corvette.”

A new Holden Commodore is due for the 2014 model year, and the current Commodore forms the basis of Chevrolet’s “not-for-consumer-consumption” police interceptor. The timing is right, and it seems like the product positioning may be right, too. Since the newly-announced Impala will be front-wheel-drive, there’s room for a new rear-drive performance model (akin to the 1994-96 Impala SS) in Chevy’s product mix. Judging from consumer interest in the Chevy Caprice police interceptor, we doubt the bowtie brand would have any trouble moving inventory.