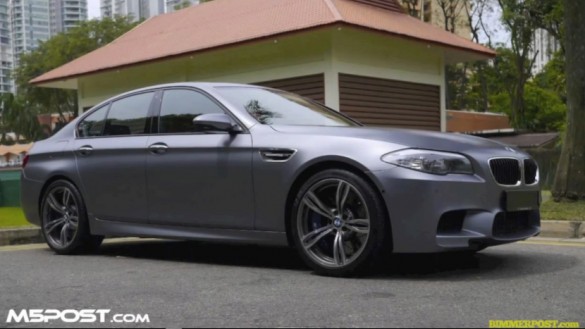 Electronics are used to enhance almost everything in new cars these days. Traction control senses wheel slip under power and acts to regain forward motion. Stability control senses understeer or oversteer and brakes individual wheels to keep you off the guardrail (within the limits of physics and available traction, that is). Even the engine noise you’re hearing in cockpit may be artificially enhanced, just like the dancers at your local strip club.

Sound tubes that passively pipe engine sounds into the interior are nothing new. Ford’s Mustang uses them, as does the new 3.8-liter Hyundai Genesis Coupe. Volkswagen’s GTI used them until 2011, when they eliminated the tubes (likely as a cost-cutting measure). BMW’s redesigned M5 has the same idea, but takes it to a whole new level: instead of piping engine noise through a plastic tube, the M5 captures engine sound via a microphone (or microphones), then amplifies this and pipes it through the car’s audio system.

Purists, as you’d imagine, were horrified by this “feature.” Skeptics, like ourselves, saw it as just another system to fail down the line, with no real benefit whatsoever to performance. Now, thanks to a helpful poster on M5 Post (found via Autoblog), you can decide for yourself if ActiveSound is worthwhile by watching the video below.

Does the car sound better with ActiveSound on? Whether it does or not is somewhat irrelevant, since pulling the fuse also disables the audio system and reverse sensor warning system, two things that few drivers would willingly live without.