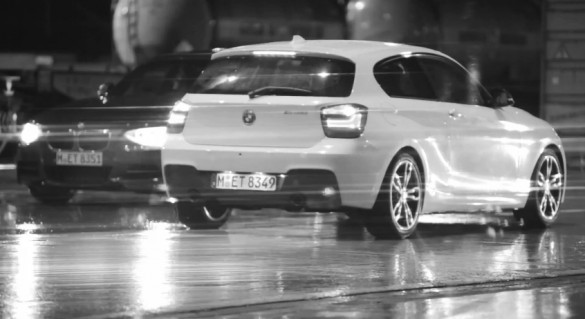 We’ll admit to having a bad infatuation with the new BMW M135i. We like it’s lines far better than the 1 Series M coupe’s, and it’s hatchback practicality appeals to us, too. It’s “off-limits” nature, at least in the United States, only makes it that much more alluring, since it’s human nature to want what you can’t have.

The M Performance hatchbacks will come to market with a 3.0-liter inline-six engine, good for 320 horsepower in European trim. Specific details on suspension tuning are lacking, although we wouldn’t be a bit surprised if the M Performance cars were just a bit softer than the actual BMW M cars. In other words, we’d expect a 1 Series M to spank the M135i around a racetrack, but the M135i would probably be more comfortable getting there and back.

BMW promises that U.S. customers will get an M Performance 1 Series of our own, but we’d be shocked if it were anything other than a coupe. German automakers still mistakenly believe that “Americans don’t want hatchbacks,” which falls into the same line of reason as “Americans don’t buy diesels.” Build us a solid hatchback, with a stiff body structure, and we’ll buy them by the thousands. Build a quiet and trouble-free diesel engine, and price it reasonably, and we’ll snap that up, too.

Don’t take our word for it – just look at Volkswagen’s sales of hatchbacks and diesels.