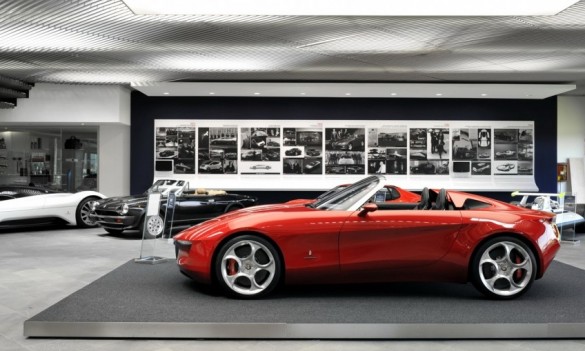 Finally, there’s a bit of good news on the horizon for Mazda: the Japanese automaker, best known for building cars with an undeniable fun-to-drive factor, has signed a non-binding Memorandum of Understanding (MoU) to develop a convertible sports car for the Alfa Romeo brand.

What that means, in theory at least, is that Mazda will develop the platform for a new Alfa Romeo Spider, based off the platform of the upcoming Mazda MX-5 Miata. The Alfa will use a different drivetrain, but will retain the MX-5’s front-engine, rear-drive layout. It will wear unique bodywork, too, hopefully along the lines of the drool-worth 2uettottanta concept shown by Pininfarina in 2010.

If all goes as planned, the new Alfa Spider will hit production in 2015, built in the same Hiroshima, Japan, factory that cranks out the Mazda MX-5. That gives Mazda a jump on the market of some 14 months, but that won’t matter to the Alfa Romeo faithful, who will likely be putting down deposits on a new Spider in the coming weeks.