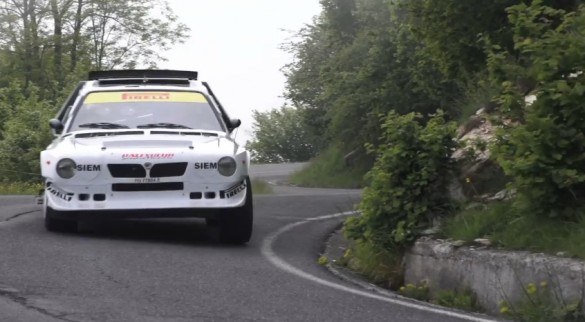 Chris Harris would be the first to admit he makes a lousy passenger. He also doesn’t attend tire product launches, since his self-described job is reviewing cars, not components. Every rule has its exception, and when Harris was invited to the launch of the new Pirelli P7 Corsa Classic vintage rallying tire, he jumped at the chance.

Why would Harris attend an event where he’s merely a passenger and not the driver? Why would he waste time on a tire launch that isn’t even for contemporary sports cars? Two words sum it all up: hero worship.

To demonstrate how good the new P7 Corsa Classic is, Pirelli arranged ride-alongs with Markku Alén and Juha Kankkunen. Those names may not be familiar to those of us on this side of the pond, but Alén drove in WRC competition for Fiat, Lancia, Subaru and Toyota from 1973 to 1993. Only Sebastien Loeb has more stage wins in WRC, although Alén never earned a WRC championship.

Kankkunen, on the other hand, won the championship four times, driving for Toyota, Peugeot, Lancia, Ford, Subaru and Hyundai. In other words, both drivers have forgotten more about car control at speed than most of us have ever learned.

The cars that Harris would be chauffeured around in were special, too, including the legendary Lancia Stratos and Lancia Delta S4. The Stratos’ short wheelbase and mid-engine, rear drive layout quickly earned the car respect among drivers, since it was blindingly fast and easy to rotate, but utterly unforgiving of mistakes. The Delta, which was a bit more balanced, packed as much as 800 horsepower in various trims, making all-wheel-drive a necessity.

Of the experience, Harris said it might just be the best day of his working life. We certainly wouldn’t argue with that point.