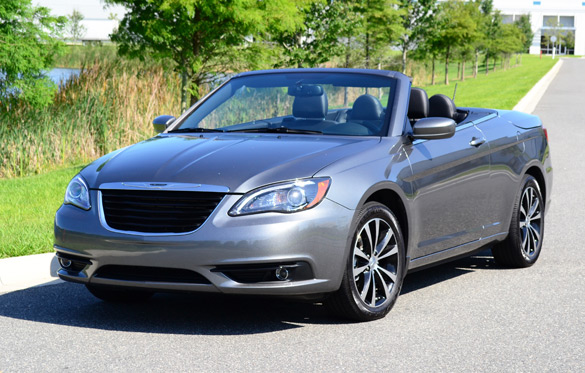 My Pentastar 3.6-liter V6 powered 2012 Chrysler 200 S Convertible has rather appealing looks and enough room for 4 adult passengers. The V6 engine produces a healthy 283 horsepower at 6400 rpm and 260 ft. lbs. of torque at 4800 rpm. On paper, the horsepower rating is competitive within the 200 Convertible’s range of competition. Unfortunately, the new 2012 200 S Convertible’s performance staggers and is somewhat left behind by its competition due to its hefty weight. With almost 500 pounds added to the curb weight over the sedan, it diminishes any likelihood of the 200 S Convertible performing up to the expectations of a V6-powered coupe. In my judgment, the 200 Convertible, even with a 283 horsepower V6, has lackluster performance followed up with clunky handling attributes. 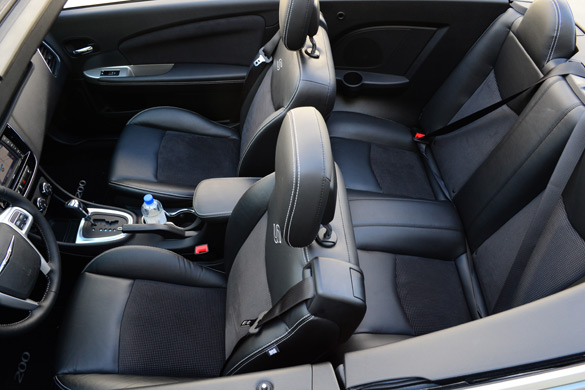 With a curb weight of 4,000 pounds (3,898 lbs. for the 200 Touring trim soft-top convertible model), it makes me wonder what type of extra rigidity and aluminum roof reinforcements where used in the new Chrysler 200 S Convertible. Proving to be relatively quiet for a convertible on the road and virtually rattle free, the Chrysler 200 S Convertible exhibits a rigid body structure. The suspension seems to be on the soft side with a bit of an unwanted float and bounce when cruising over bumpy roads. Over-all, the body remains manageable through turns provided you are not pushing the 200 S Convertible to the limit. The V6 engine seems to produce an adequate amount of power especially with the adept 6-speed automatic transmission finding the optimal gear without too much hunting. 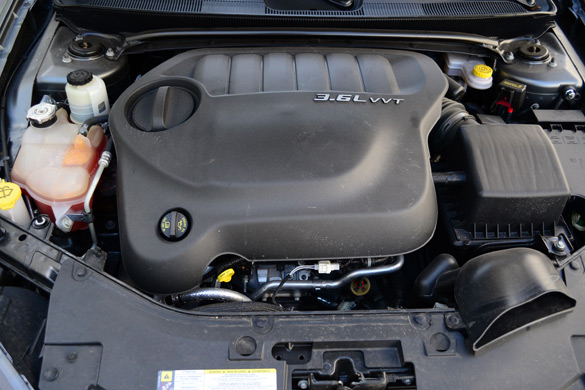 Interior space in the new Chrysler 200 Convertible is modest and provides all occupants with a solitary cabin when the top is up. The dashboard is virtually the same as found in the 200 Sedan. The power-folding hardtop, proving to fold smoothly, takes its time to fully retract or completely close at the touch and hold of a single button. 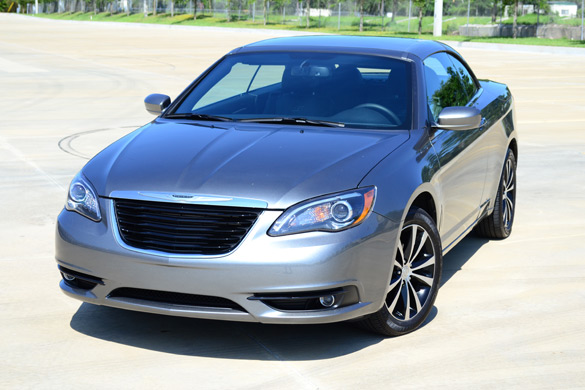 The seats in my new 2012 Chrysler 200 S Convertible proved to be comfy but seriously lacking lateral support. The front perforated cloth inserts and leather trimmed front seating surfaces add a value aesthetic to the interior while the commonplace Chrysler uConnect LCD touch-screen interface, for audio and GPS navigation controls, feels somewhat dated. The operation of the front seats for rear seat entry/exit can be a bit cumbersome where the release latch does not allow the seat to move forward without separately operating the power seat control.

Fuel economy is somewhat consistent across the board when comparing the Chrysler 200 Convertible’s 4-cylinder engine against the beefy V6, with both getting around 19 mpg city and 29 mpg highway. It is definitely worth considering the Limited or S trim levels for the V6 power. 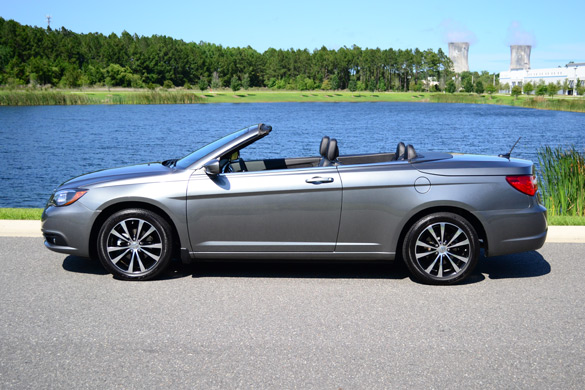 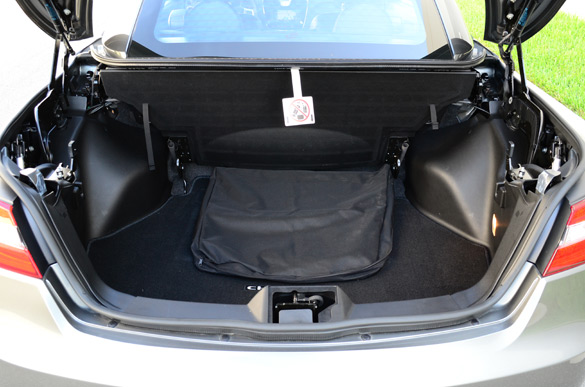 When it comes to value, Chrysler has done an exceptional job in offering fresh new products appealing to the masses. For the Convertible segment, the all-new 2012 Chrysler 200 Convertible is an excellent value with a solid drivetrain. Aside from the Chrysler 200 Convertible’s minor shortcoming with its diminished performance attributes, due to an unforeseen weight issue, it beckons to be the best bang for the buck. With a price of admission at $26,955 plus destination putting you in a new 2012 200 Touring 4-cylinder Convertible, Chrysler has positioned themselves at the top of the midsized convertible food chain. My loaded up 2012 Chrysler 200 S Convertible has an as-tested price of $35,510.