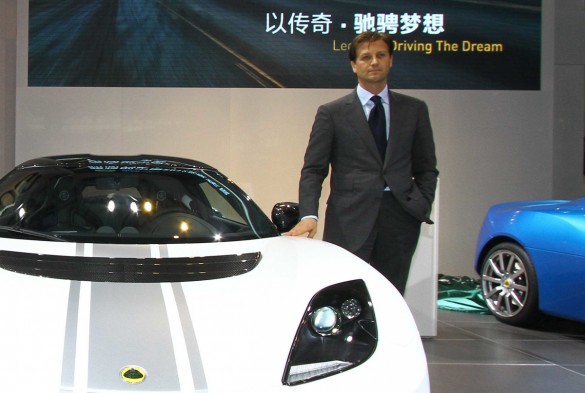 Group Lotus Plc has announced the termination of its former CEO, Dany Bahar, effective immediately, without releasing any additional details on his dismissal. The move comes as no surprise, since Bahar was suspended for conduct on May 25, pending an investigation by Lotus’ new parent company, DRB-HICOM.

Bahar was recruited by Lotus to replace its former CEO, Mike Kimberly, following his retirement in 2009. Prior to joining Lotus, Bahar was senior vice president for the commercial and brand department at Ferrari, which also included marketing and licensing for Scuderia Ferrari. Bahar’s age (37 when he was hired by Lotus) and background in motorsport marketing were seen as necessary components to ensure future growth of the Lotus brand.

Until a new CEO can be found, Lotus’ new Chief Operating Officer, Aslam Farikullah, will likely be wearing multiple hats. While DRB-HICOM appears to be committed to Lotus (for now, anyway), the CEO’s chair at the boutique sports car brand doesn’t exactly come with job security, and that’s not going to make the search for Bahar’s replacement any easier.