IS BMW Back To Planning A New M1? 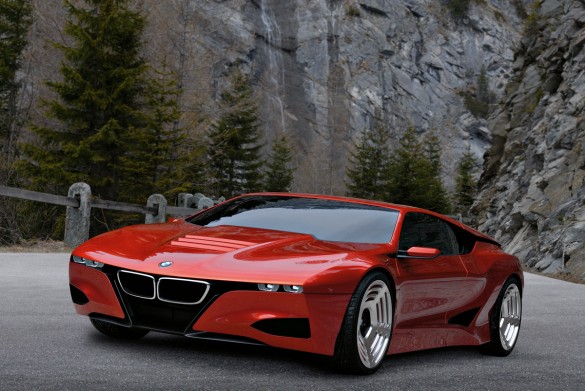 BMW’s supercar, the M1, only saw production from 1979 until 1981. Less than 500 were ever built, making surviving examples rare and expensive. Many were raced, which decreases your odds of finding a street car survivor even further.

In 2008, BMW showed its M1 Homage Concept (pictured above) to commemorate the 30th anniversary of the M1. Rumors that the car would see production turned out to be false, but the upcoming i8 performance hybrid was said to be heavily influenced by the M1 Homage Concept.

Now comes word from Automibilwoche (via Left Lane News) that a new M1 isn’t entirely off the table. BMW, it seems, wants a halo sports car to go head to head with the Audi R8, the Mercedes-Benz SLS AMG and the Porsche 911 Turbo, and a new M1 could do wonders for the company’s image.

Word is that the car will use a unique chassis, likely constructed from aluminum instead of carbon fiber to reduce costs. Expect power to come from a twin-turbo V-8, with output likely to be in the range of 650 horsepower. Since light weight is the key to performance, BMW is said to be shooting for a curb weight of 2,800 pounds, which is ambitious for just about anything with a V-8 under the hood.

We’d love to see a new M1, but question whether or not the global economy can sustain yet another supercar. We’re sure BMW is asking the same questions, which means that the accountants may wind up overruling the engineers.