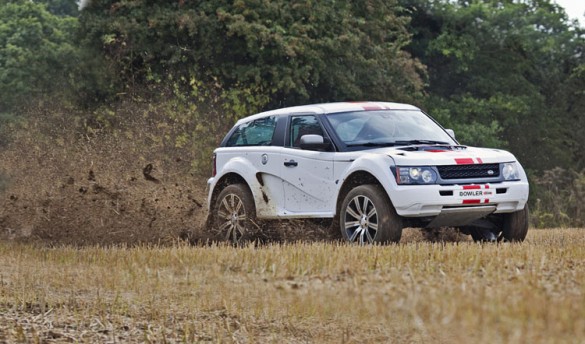 Bowler Motorsport is best known for building really fast rally vehicles, (loosely) based on Land Rover models. Top Gear’s Richard Hammond proclaimed the Bowler Wildcat made him a “driving god,” even though his leisurely lap around an off-road course was soon decimated by a professional racer.

After two and a half decades of cooperation, Land Rover and Bowler have announced a formal partnership between the companies, with new Bowler vehicles now sporting a “Powered By Land Rover” badge. The first vehicle to get this distinction will be the Bowler EXR S, which also happens to be Bowler’s first road-legal vehicle.

That doesn’t mean the EXR S has gone soft, though. Under the hood lurks a 5.0-liter supercharged V-8, good for around 550 horsepower and capable of propelling the heavy-duty hauler to 100 km/h (62 mph) in only 4.2 seconds. There’s a custom suspension with Bilstein and Eibach components and a Brembo brake system with six-pot calipers up front and four-pot calipers in the rear. 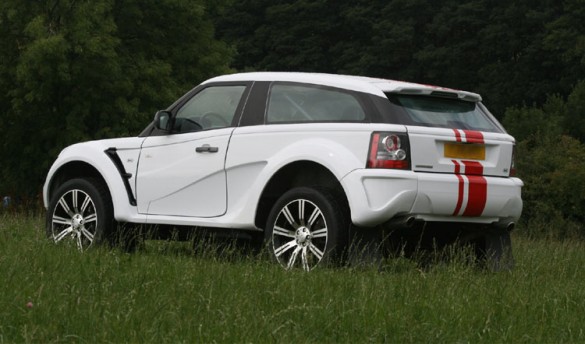 Despite this go-anywhere-at-high-speed capability, buyers get a certain degree of luxury, too. The EXR S sports keyless entry and push button start, dual zone climate control, a Pioneer audio system, carbon fiber door panels and even leather trimmed sport seats. Unlike full-blown race cars, there’s even enough room in the hatch for luggage, just in case you and the missus want to cross the Namibian desert for laughs.

The Bowler EXR S will make its public debut at the upcoming Goodwood Festival of Speed. While U.S. sales are unlikely, the EXR S will hit the market in Britain at a price of £155,000, excluding taxes. That works out to be the equivalent of $242,126, which should seem quite reasonable to drug lords and military dictators worldwide.