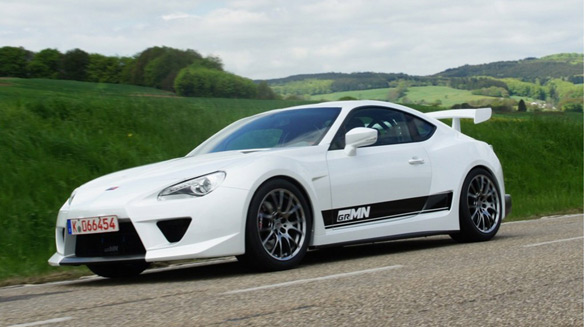 The new Scion FR-S and Subaru BRZ here in America, together, are the hottest and most-talked about compact sports cars around currently. Aftermarket vendors have recognized this and gone into overtime to develop and market modifications for the vehicles. Overseas, known as the Toyota GT86, the new RWD sports coupe has received modifications from all angles, specifically, forced induction courtesy of Gazoo Racing.

The twin-force-fed Toyota GT86 utilizes a combination of a turbocharger and supercharger to work in sync virtually eliminating lag and peeking out at 315 horsepower with 311 pound-feet of torque. The modified Gazoo Racing Toyota GT86 is set to debut at the Goodwood Festival of Speed this weekend.

Another surprise to Goodwood will be a TRD variant of the Toyota GT86 featuring aesthetically accessorized modifications instead increased power. The TRD version also receives a short-shifter kit, larger 18-inch wheels and tires, performance exhaust and TRD badges. Reportedly, the GT86 TRD package will be available in the U.K. sometime in 2013.

With the barrage of new modifications and TRD add-ons coming down the pipeline, it is only a matter of time that we see new variations of the Scion FR-S and Subaru BRZ offered here in the states. Of course we should not expect forced induction mods to be offered at your local dealerships, but the TRD ‘kit’ may be a realistic probability.