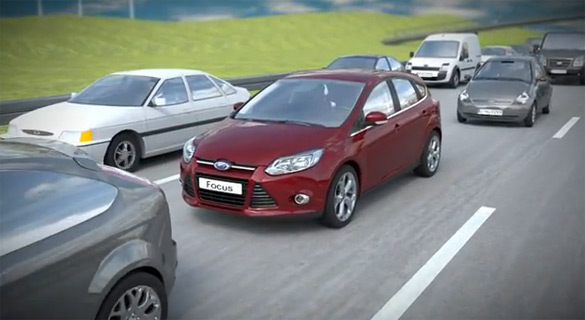 Today’s driving environment has evolved much in part due to new safety devices in cars of today. We have virtual nannies constantly monitoring our driving through new innovations such as traction control systems, stability control and even tire pressure monitors. Ford, for one, has stepped up to be on the forefront of introducing semi-autonomous driving systems to vehicles.

Considering how fully-autonomous vehicles, such as from Google, remains to be many years off before consumers get their hands on it, Ford may lead the pack by introducing a system that utilizes current equipment to conjure up a system called Traffic Jam Assist.

There are already systems that assist the driver in heavy traffic conditions such as Distance Control Assist from Infiniti or the Mercedes-Benz Distronic system. Those particular systems only control brake and throttle, while Fords new Traffic Jam Assist would be able adapt steering inputs based off of data received from adaptive cruise and lane keeping assist sensors and cameras.

Considering how distracted people are now days from eating behind the wheel to texting and driving, the new semi-autonomous system from Ford could help make the world a safer place.

Ford has also taken charge to develop a perpendicular parking system, which will naturally be an evolution of the current parallel ‘Active Park Assist’ function. Hit up the demonstration video below to take a glimpse into the near future.