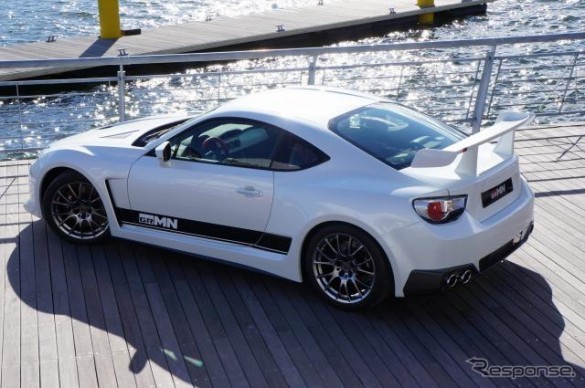 The report comes from FT-86 Club via Autoblog, but there isn’t a lot of detail to be had on Gazoo’s efforts just yet. The build included a Gazoo turbo and blower, Gazoo exhaust, Gazoo suspension and brake upgrades and a body kit that includes a sizable rear wing. Output is said to be 320 horsepower and 310 pound-feet of torque, which should prove to be plenty entertaining in a car as light as the Scion FR-S.

Although the car is a one-off concept for now, it stands to reason that Gazoo will put the various parts into production once testing is complete. We’re not sure you’ll be able to buy the Gazoo-branded parts on this side of the Pacific Ocean, but we wouldn’t be too concerned. Gazoo has something of an OEM supplier relationship with Toyota, which seems to open the door for a TRD-branded twincharger kit.

Even if that doesn’t happen, we’d be very surprised if other tuners don’t have forced-induction kits for the Scion FR-S/Subaru BRZ ready in time for this year’s SEMA show.