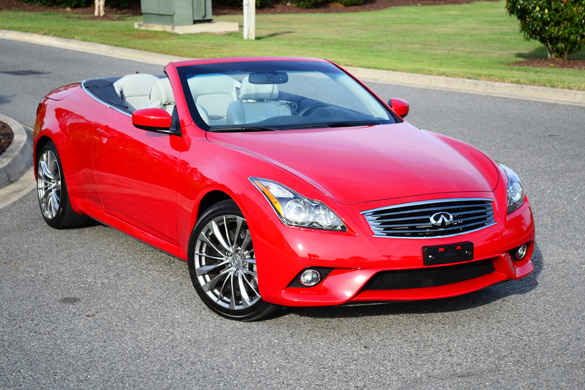 The new 2012 Infiniti G37 Convertible, virtually unchanged from the 2011 model year, remains to offer the versatility of a luxury sports coupe and a convertible. Placed in the ring with luxury hardtop convertibles such as the Lexus IS C, the new G37 Convertible manages to offer a slight edge in terms of a more powerful standard V6 engine combined with a 6-speed manual transmission option. 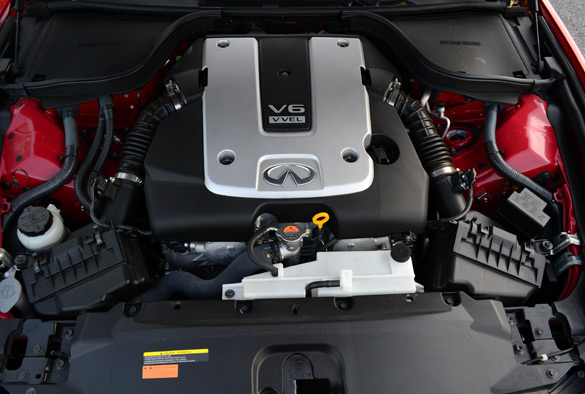 As with any other hardtop convertible, the G37 gives passengers the needed isolation from road noise when compared to convertibles with a fabric top. The aluminum folding roof takes a while to fold, about 25 seconds, but is well worth the wait when you get to enjoy the open top and sporty attitude of the 325 horsepower and 267 ft. lbs. of torque 3.7-liter V6 engine.

Just like my test vehicle from last year, my 2012 G37 Sport Convertible’s V6 engine was mated to a 6-speed manual transmission. Opting for the somewhat notchy but sporty manual transmission, connects the drive to the road more-so than the optional 7-speed automatic. However, in either transmission flavor, the G37 Convertible remains to keep its sports appeal in the performance department. 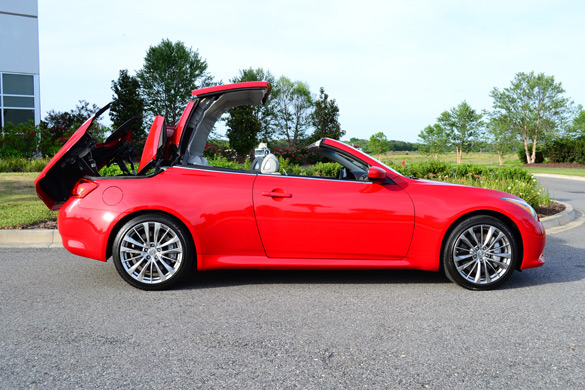 Being that the G37 Convertible adds over 400 pounds to the equation, things get a bit lazy when compared to the G37 coupe. However, Infiniti still manages to keep the body ridged enough that the added flex and vibrations on the convertible version do not put a damper on the G37’s luxurious appeal and smooth ride. 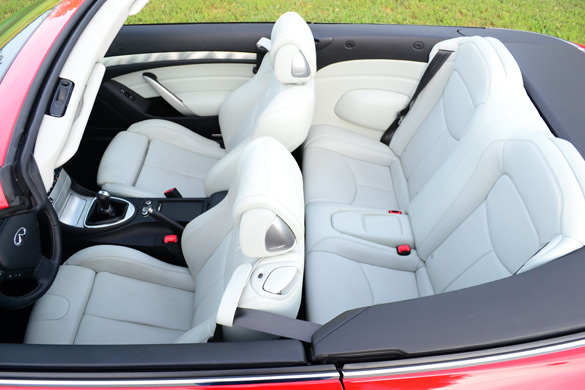 The use of well-bolstered heated leather front seats and ample adjustability, give the driver and front passenger plenty of room and supportive comfort. The rear seating areas are virtually useless for normal-sized adults when the front seats are occupied. Trunk cargo room is cut short with the hardtop retracted leaving about 2 cubic feet of storage. The fortunate part about leaving the top, is up you have access to a total of 10.3 cubic feet of trunk storage. 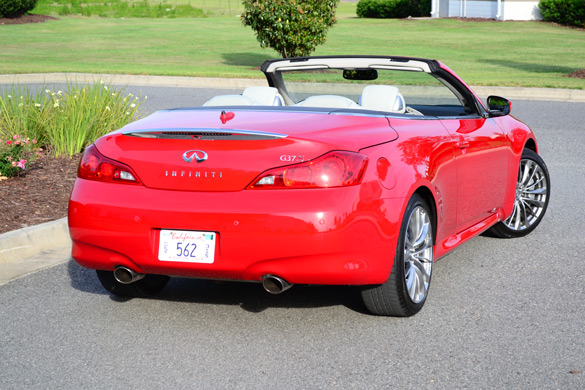 The 2012 Infiniti G37 Sport Convertible feels heavy at times just as I noted in last year’s review. The extra 400+ pounds added for structural reinforcements and hardtop mechanics definitely play a part in putting damper on the over-all performance. However, the G37 Convertible is plenty fast, just you may expect to add about a half a second onto the 0-60 mph times when pitted against the G37 coupe. Not to mention, at high rpm you get a slight coarseness and vibration from the throaty V6 engine.

The G37 coupe is already a good-looking luxury sports coupe. The G37 convertible looks just as good having a slightly different roofline shape. The most notable difference in the G37 convertibles exterior, departing from its coupe sister, is the rear trunk and rear window areas. Both vehicles have a certain classiness to them, but the convertible takes it to a higher level, especially with the top down. 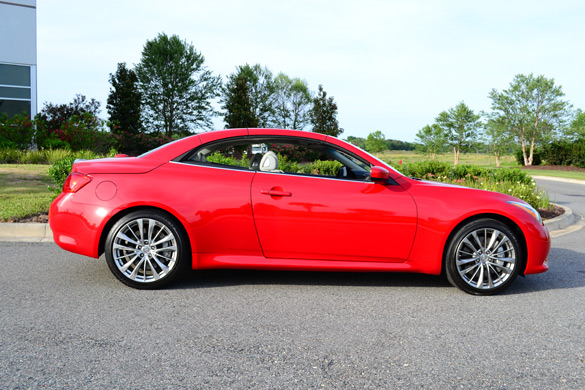 All of the controls and navigation interface fed through the center-stack LCD touch-screen, customary to other Infiniti vehicles, remains unchanged from last year’s model. 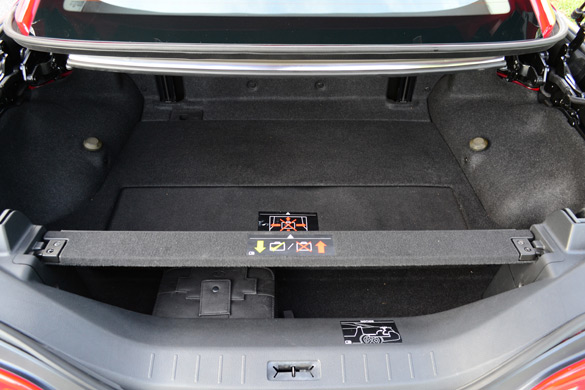