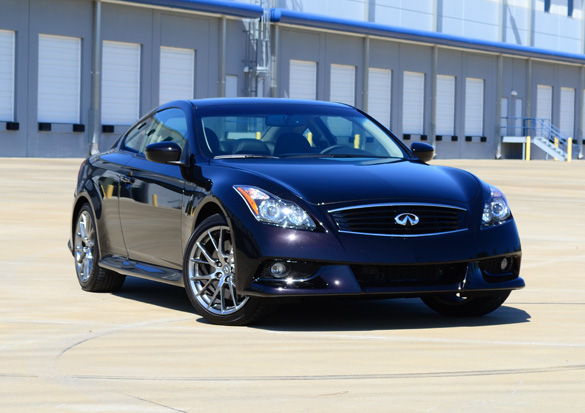 Luxury brand manufacturers have always sought ways to inject their number one selling vehicle with exclusive performance attributes. Doing so will naturally attract more enthusiasts while at the same time give the loyalists something extra to brag about. The luxury brand automaker Infiniti entered into the specialized performance branding with their new G37 IPL (Infiniti Performance Line) for the 2011 model year and now continue to test the waters by keeping things virtually the same for the new 2012 G37 IPL Coupe.

When the 2011 G37 IPL Coupe was first rolled out I had the chance to see what type of tree Infiniti was barking up. At that time, the test vehicle was equipped with Infiniti’s familiar 7-speed automatic transmission. Now I have the chance to wrap my paws around a new 2012 G37 IPL Couple with a 6-speed manual transmission. 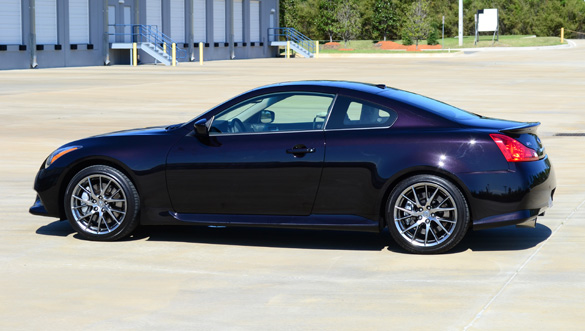 The new IPL name, only offered on the G37 Coupe at the current time, has meaningful potential. Seeing how Infiniti choose to faintly add few performance characteristics and visual aesthetics to differentiate the normal G37 Coupe from the G37 IPL, Infiniti remains coy about barking up a potentially dangerous tree. That tree I am referring to is one that has roots deep planted in German and American automakers. The tree has many different branches ranging from the acronyms AMG, BMW M, SRT and even Cadillac’s V series.

The performance branding letters of many well-known automakers have prestige and a dignified meaning that most automotive enthusiasts can closely relate to. When it comes to the new 2012 Infiniti G37 IPL Coupe, now in its second year, the formula is a bit incomplete if it wants to run with the big dogs. However, you would be mistaken to jump to the conclusion that the IPL branding was meant to compete with the big dogs head-on. Infiniti wants you to think of the IPL as an alternative to polished luxury sport coupes instead of their performance touted acronym badge wearing vehicles. That means the new G37 IPL Coupe is an excellent choice if you may be considering a loaded BMW 3 series coupe or even the new Mercedes-Benz C Class Coupe. 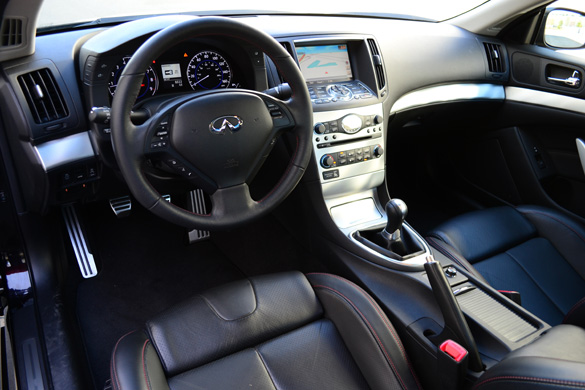 Undoubtedly, from my perspective, the new 2012 G37 IPL Coupe 6-speed manual is an excellent choice not only from a purist’s point of view, but also from your economic-stricken wallet. The new 2012 Infiniti G37 IPL Coupe manual has a starting price of $49,800. That is a quite advantageous price for some but when you consider the price of a German competitor with an abundance of a-la-cart options, the G37 IPL couple can be considered somewhat of a bargain. As it comes, the new G37 IPL Coupe has plenty of equipment to keep the white-collar business exec quite happy when he/she wants to put their foot down and have a little fun. You can think of the G37 IPL Coupe as a slightly more powerful G37 Coupe with Sport and Journey equipment packages.

The new G37 IPL Coupe carries over its 3.7-liter V6 engine with an output of 348 horsepower and 276 ft. lbs. of torque. When power is directed through the direct feel 6-speed manual transmission, it gives you a large yet usable power band. I found the 6-speed manual’s gearing dialed in great to give the drive the best bang from the V6 engine’s wide power band. The G37 IPL Coupe benefits from the same engine tuning that the Nissan 370Z Nismo receives. This gives the G37 IPL Coupe a slight edge, about 18 extra horsepower and 6 ft. lbs. of torque, over the normal G37’s V6 engine. Having the extra power under the hood makes the G37 IPL Coupe a thrill to drive. The large 19-inch wheels wrapped in Bridgestone Potenza RE050A rubber work well with the sport-tuned suspension giving the G37 IPL Coupe excellent handling and a comfy ride on the highway. 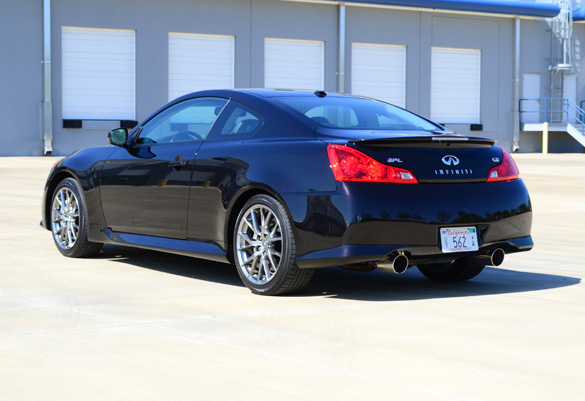 Exterior looks may be an acquired taste for some who may be used to the design lines of German rivals. Even if you require time to warm up to the exterior design, you will love the exclusive Malbec Black paint color. I find that the Malbec Black color is best admired in the direct sunlight to really let the paint flakes shine in a faint purple hue. Combined with the dark-finished 19-inch wheels and sporty body effects, the G37 IPL Coupe comes together as one good-looking luxury sports coupe. 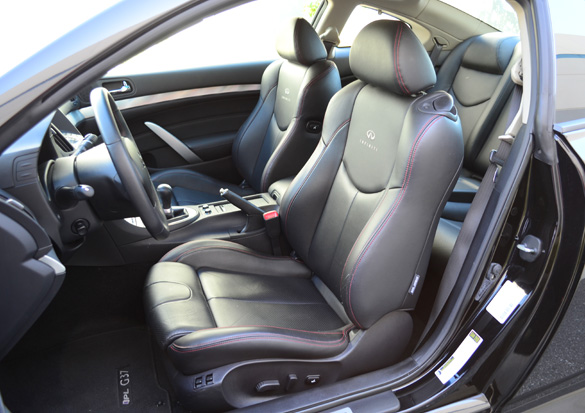 The new G37 IPL Coupe’s interior is not much different from a G37S with optional equipment. Giving that last year’s G37 IPL does not have any significant changes for the 2012 model year, it is good to see that Infiniti continues gives you a few interior color combinations slightly varying from the normal G37. Departing from the red leather seats in my 2011 test vehicle last year, the new 2012 G37 IPL Coupe 6-speed manual test vehicle has black leather with red stitching. I find this color combination a bit toned down from the bright read seats. Together with the added power and appealing style, the new 2012 Infiniti G37 IPL Coupe can proudly wear its IPL badge in knowing that it is a step in the right direction for a true performance luxury sports coupe. With that said, I can’t wait for the next IPL-badged vehicle from the Infiniti lineup to see what direction they take.