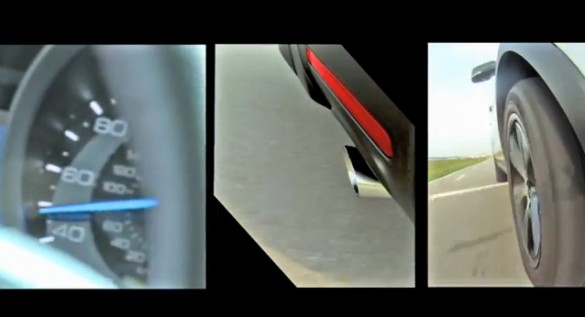 Watching the twenty-six second video supplied by Ford, the only thing that’s certain is that a new model of Explorer is coming, and it will likely be in a trim level not seen before. From the sound of the engine, it’s not powered by the 5.0-liter Coyote V-8, either, which means the most lively drivetrain will be the EcoBoost 3.5-liter V-6 that’s packed into the Taurus SHO.

That would give this new model some 365 horsepower, likely sent through all four wheels. Since the most powerful Explorer you can buy today packs just 290 horsepower, a 75 horsepower gain would yield a substantial improvement in acceleration. It still wouldn’t stack up against the Jeep Grand Cherokee SRT8’s 465 horsepower, but then again the EcoBoost engine doesn’t suck down gas quite like Chrysler’s 6.4-liter HEMI V-8, either.

We’ve heard through a reliable source that the new Explorer won’t come wearing an SHO badge, as Ford doesn’t want to dilute the brand created around its range-topping Taurus model. While we know what it won’t be called, Ford isn’t giving any clues as to what badging the truck will get.

Ford will reveal the new Explorer model on Wednesday at 1:00 EST. You can see the reveal live on Ford’s Explorer Facebook page.