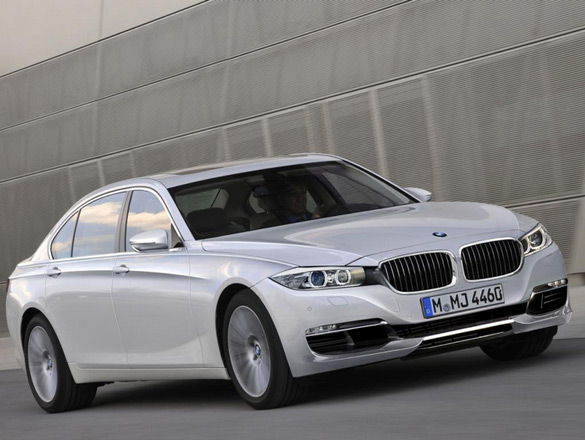 The conception of a BMW M7 or 7-Series M variant has been on the talking blocks for many years now. As it seems, according to various reports, BMW will finally cap the 7-Series with a M770i xDrive model featuring a 4.0-liter twin-turbo V8 producing 475 horsepower and 480 lb-ft of torque. Of course if you are an avid BMW enthusiast, then you know that the current 760Li boasts much more power from its 570 horsepower and 665 lb-ft of torque V12 engine.

The difference in the M770i xDrive will of course be its agility and lighter weight over the rest of the 7-series line. Clearly this is a tough feat to accomplish considering how big the 7-Series is, but leave it to BMW’s M Motorsport to get the job done right.

The next 7 Series, with an M badge, is rumored to get carbon fiber roof, hood, trunk and ZF’s new nine-speed automatic transmission. Other reports have thrown around the idea of 7 Series variations sporting a 260 horsepower 4-cylinder engine and two plug-in electric offerings alongside of the current engine choices.

Over the course of the past few years, BMW M vehicles have received criticism for essentially being just the top-of-the-line variant of each series, no longer a specialized one-off performance variation. Before, the M car, such as the E30 M3, was more of a raw form for a true driver’s car without any the fluff of today’s M vehicles. After BMW slapped the M badge on SUVs, we knew the game would change, which is why today we report on the 7 series potentially receiving the M treatment. This news follows related stories such as reports on the M135i and M235i.

Do you think an M770i would attract a certain type of enthusiast? If so, what type?