Cadillac Pits Its ATS Against The World: Video 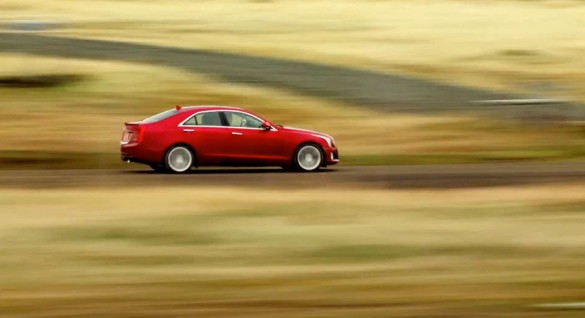 To prove just how good the upcoming Cadillac ATS is, the luxury automaker has traveled to the farthest reaches of the globe to take on twisting roads and unforgiving environmental conditions in a new video series called “Cadillac ATS vs. The World.”

The series will show the ATS in locations like Patagonia, where the crew pits the ATS against some of the windiest terrain on earth. There’s a segment in China, filmed at the famous Guoliang Tunnels, which were dug from solid rock by hand. Morocco is featured in a segment on desert testing, and the series even visits Monaco to lap the Grand Prix circuit in the ATS. From what we’ve seen, it’s part travelogue and part car commercial, cut up into easily digestible bits.

There are human-interest segments interspersed with the driving footage, too, which will certainly make the series (found on Cadillac’s Youtube channel) more interesting. No expenses were spared in production, either: the crew includes driver Derek Hill (son of Phil Hill), Ross Thomas, and filmmakers Joe Berlinger and Jeff Zwart.

We’ll tee it up with the teaser for the series below, as well as the first five videos, filmed in Patagonia. Enjoy.