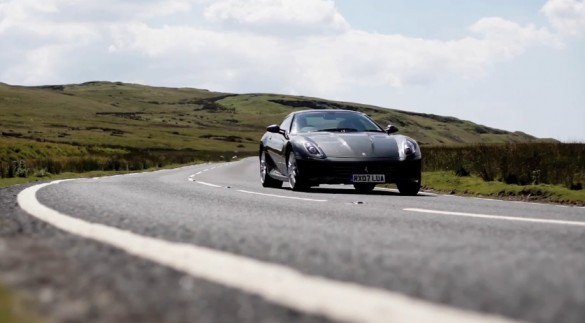 If you want to drive as many new cars as possible, including the occasional supercar, you may want to consider a career in automotive journalism. If, on the other hand, you actually want to own a supercar someday, you’re probably going to make more money as a fast food manager than yo will writing about cars. Journalism doesn’t pay the kind of money necessary to finance a new Mustang, let alone a car like the limited-production Porsche 911 GT3 RS 4.0.

That’s why we were surprised to hear that British auto-journo Chris Harris bought a Porsche 911 GT3 RS 4.0. Unless he comes from family money or lives in a cardboard box under a bridge, we couldn’t fathom how he generated the kind of income necessary to buy a $185,000 German supercar, especially one that requires large amounts of (expensive) upkeep.

In an earlier video, Harris pointed out how much of a financial burden his Porsche was, so now he’s traded it for something more sensible: a used Ferrari 599 GTB. In Harris’ rationalization for his decision, he states that 599 prices have plunged over the past six months, making the car a relative bargain in the supercar world. Bargains, we suppose, are in the eye of the beholder, and Harris claims that a clean 599 GTB can be had for the price of a new Porsche 911. Which we (and every other working automotive journalist we know) can’t possibly afford on a writer’s income.

We wish Mr. Harris the best with his new car, and sincerely hope he’s banking the money saved from his former Porsche payment. We have a feeling that a used Ferrari 599 GTB is only a bargain until you receive the first service bill from the local Ferrari dealership.