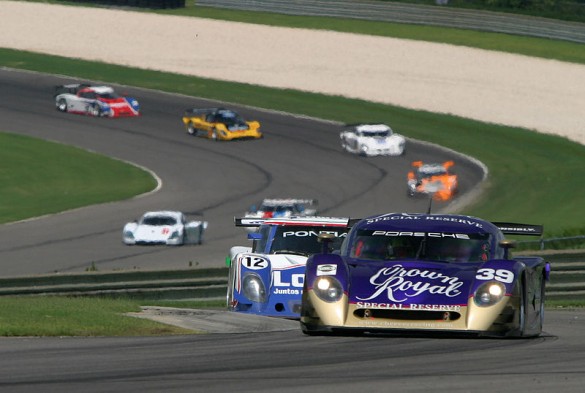 Grand Am Prototypes run at the Porsche 250 in July 2006 – image: Jeffrey Keeton

If you’re a fan of sports car and endurance racing in the United States, you’ve probably had to choose between following the Grand Am series and the American Le Mans Series (ALMS). Grand Am, now owned by NASCAR, can trace its roots back to the birth of the SCCA-back United States Road Racing Championship in 1962. The ALMS doesn’t have quite the same legacy, but it brings the drama of European endurance racing to America, allowing those of us on this side of the pond to see the same cars campaigned at the Circuit de la Sarthe during the 24 Hours of Le Mans.

For the past 12 years, the two series have battled each other for sponsorship and fan dollars, but that’s about to change. At a press conference in Daytona Beach on Wednesday, the two announced a plan for unification at the start of the 2014 series. Through 2012 and 2013, the Grand Am and ALMS will remain as is, but will kick off the 2014 season in January at the 24 Hours of Daytona, long a premier event on Grand Am’s calendar.

Yesterday’s press conference raised more questions than it answered, and it’s clear that the merger is still in the planning stages. There’s no official name for the new, unified series yet, and the specific classes haven’t been defined. The new series will look to embrace FIA and ACO (Le Mans’ governing body) regulations, which will allow more foreign teams to compete (and more U.S. teams to run at Le Mans), but the details haven’t been worked out just yet. One interesting talking point was a provision to allow teams to miss a series race without penalty, further indication that teams would be allowed (and even encouraged) to run at Le Mans.

While there was clearly a sense of cooperation and good will at yesterday’s press conference, there’s a lot of work to get done before the new series kicks off in 2014. Mergers between the two series have been discussed in the past without agreement, so let’s hope that both sides can continue to work together towards the common goal. For U.S. sports car racing fans, things are about to get a whole lot more interesting.