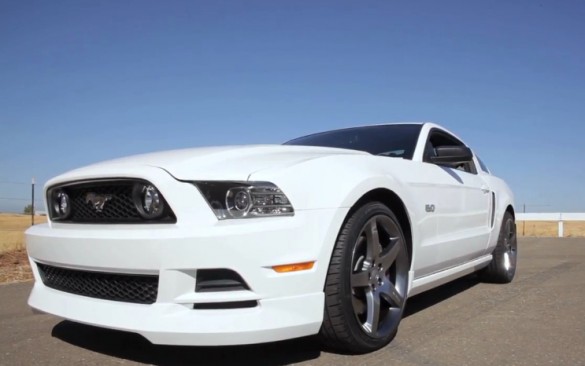 We love configurator websites, since they give us the ability to design and virtually build some of our favorite cars. While most allow you to pick from the company parts bin only, Ford’s Mustang customizer website allows you to see how various aftermarket bolt-ons would look, as well as giving you paint options not available from the Flat Rock assembly plant.

To highlight its customizer website, Ford recently ran a contest that allowed fans to build their own Mustangs, then throw down against others on Facebook to rack up points. Each 1,000 points earned at the end of a contest month got you one entry into a drawing for your dream Mustang, and you could build as many cars as you wanted to up your chances of winning.

Four winners will be chosen in all, and Ford has just picked the first one. James is a long-term Mustang fan, who even sold his 1994 Mustang Cobra to buy an engagement ring for his wife. His design, called HMS, is the kind of tastefully-executed Mustang we’d be more than happy to park in our own garage. Sprayed in fly-under-the-radar white, the car sports Roush wheels, a 3D Carbon chin spoiler, Ford faux side vents and a GT500 rear spoiler.

The car was delivered by Ford-sponsored Formula Drift star Vaughn Gittin, Jr., who seemed to enjoy his after-hours job delivering cars. We congratulate James on winning the first round, and encourage him to keep designing the kind of Mustangs that we’d want to buy.