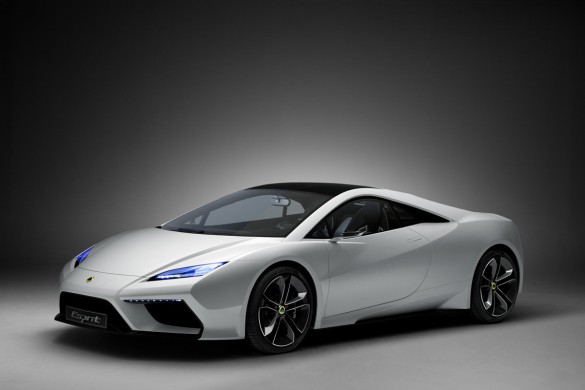 Eventually, history will record the 2010 Paris Motor Show as the beginning of Lotus’ turnaround, or as the beginning of the revered sports car manufacturer’s end. It was that show where Lotus displayed an astonishing seven concept models, leading many to believe that then-CEO Dany Bahar was a visionary. The more cynical viewed the company as doomed, since even a major manufacturer couldn’t pull off that many new models in a condensed time frame.

Two years later, Lotus has a new parent and Bahar is gone from the company. New owners DRB-Hicom insist that everything is fine at Lotus, yet rumors persist that the historic marque is being shopped for a buyer. Now, Autocar (via Left Lane News) reports that the development work on the company’s potential flagship, the all-new Esprit, is nearing completion. Despite this, the magazine’s anonymous insider says that a green light for production has yet to be given.

That seems to be proof positive that Lotus is for sale, as its clear that DRB-Hicom doesn’t want to invest the money to bring the concept to production. Given the declining worldwide market for supercars, perhaps that’s a wise decision; on the other hand, having a finalized design for an all-new, range-topping supercar could be just what DRB needs to close a deal on Lotus.

Will the Esprit see production? This is just a guess, but we’d say not as long as DRB-Hicom controls the company’s finances.