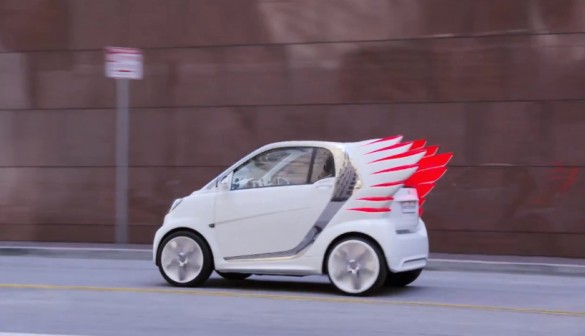 If there was an award for the “strangest concept debuted at a major auto show,” Smart’s Forjeremy would take the award, hands down. The work of designer Jeremy Scott, the car’s most obvious feature are the hollow fiberglass wings protruding from the car’s C-pillars.

Based on the electric version of the Smart Fortwo, the Forjeremy concept also features airplane propeller-inspired wheels, chrome plated details to remind drivers of a 1950’s blender, a quilted white leather interior and “eyebrows” to accent the front headlights.

Though we have a hard time imagining that anyone would voluntarily be seen behind the wheel of the Forjeremy, Left Lane News says that a limited production run is planned for 2013. Let’s just hope that they don’t put one into the press fleet.