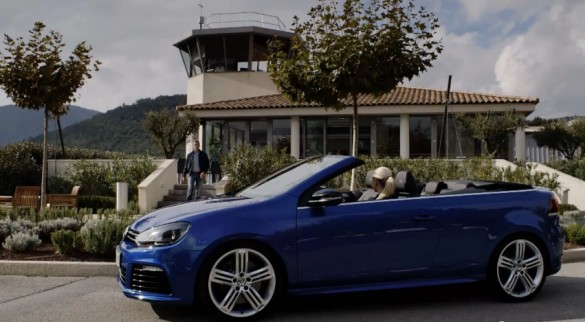 At Volkswagen’s Wörthersee uber-fest in 2011, the automaker wowed gathered fans by showing off a topless Golf R concept. Reception was so positive that VW made the decision to put the car into production, and it’s due to make its world premier at the 2013 Geneva Motor Show.

Those of us on this side of the Atlantic shouldn’t get too excited, as it’s highly unlikely the car will land on these shores. Blame VW’s strategy of emphasizing the new Beetle as its primary convertible, coupled with the relatively low demand for hard-top Golf R models. Still, we’d bet this topless Golf R would be serious fun on the right roads, in the right weather. Like Volkswagen says, adrenaline now comes in open top form.

VW isn’t releasing details on the Golf R Cabriolet just yet, but we’d expect it to come with the same turbocharged 2.0-liter engine used in the standard Golf R. That’s good for 256 horsepower and 243 pound-feet of torque, and it comes bolted only to a six-speed manual transmission. The stock Golf R can reel off 0-60 runs in just over six seconds (before you have it tuned, that is), and we’d guess that the cabriolet will add a few pounds and a few tenths to this time.

Expect more details as we get closer to the Geneva show, scheduled for March 7-17, 2013.