After The Lexus LFA, Toyota Ponders What’s Next For Carbon Fiber 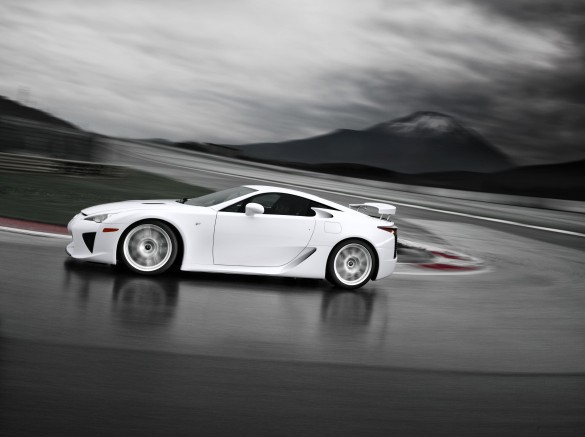 The last Lexus LFA to ever be built rolled off the assembly line on December 14, 2012. Any hope for a successor to Lexus’ range-topping supercar has been dashed (for now anyway), thanks to the weak global economy coupled with a strong Japanese yen. For Lexus’ parent, Toyota, that raises one glaring question: what will the automaker do with it’s significant investment in carbon fiber manufacturing, as required to build the Lexus LFA.

As Automotive News (subscription required) explains, the short answer is that Toyota will eventually begin using carbon fiber components in other vehicles. As for the “what” and the “when,” there are no easy answers to that question. One of the goals behind Toyota’s massive investment in carbon fiber manufacturing was supposed to be streamlining and economizing the process. After all, Toyota was legendary in the automotive world for its ability to find more efficient and less expensive ways to manufacture product.

That’s simply not the case with traditional carbon fiber, which remains costly and labor-intensive to produce. In the case of the Lexus LFA, the car’s carbon fiber components required nearly two weeks per car to manufacture; when you’re charging $375,000 per example, such attention to detail isn’t an issue. For a mainstream automobile, built to sell at a particular price point, such a production time (and cost) is unacceptable.

To make matters worse for Toyota, the automaker even spins its own carbon fiber thread instead of relying on product from external vendors. That’s another manufacturing concern that Toyota will now need to make profitable, which is difficult in a market already saturated with suppliers. Japan’s carbon fiber manufacturers currently produce some 70 percent of the world’s supply, meaning that Toyota must continue to find ways to lower cost if it’s to be successful.

We may still be years (or even decades) away from carbon fiber becoming a mainstream material in mass-market automobiles, but this much is certain: when it happens, manufacturers like Toyota will likely be leading the revolution.