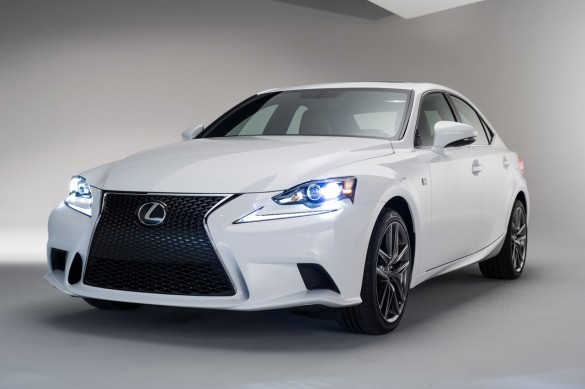 Once again, as expected, the internet leaks like a sieve when we get close to a major car show to reveal many new models. Case in point, the new 2014 Lexus IS has been revealed after some sources jumped the gun on release of the official photos to go along with its reveal next week in Detroit. 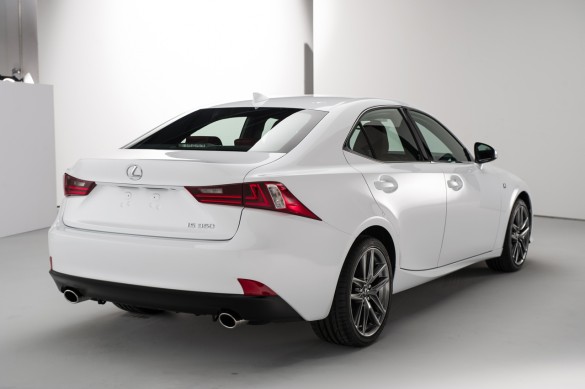 Only a few details have been circulated by sources to go along with the photos that you see here of the new 2014 Lexus IS F Sport. In production form, the new IS F Sport receives its design character from the LF-CC concept and LFA supercar.

New interior design features a sportier driver’s position with a focus on repositioning the steering wheel and adjustments. The increased width and length of the new Lexus IS increases over-all comfort and boasts much larger rear seating area dimensions. The new 2014 IS also features 60/40 split folding rear seats. 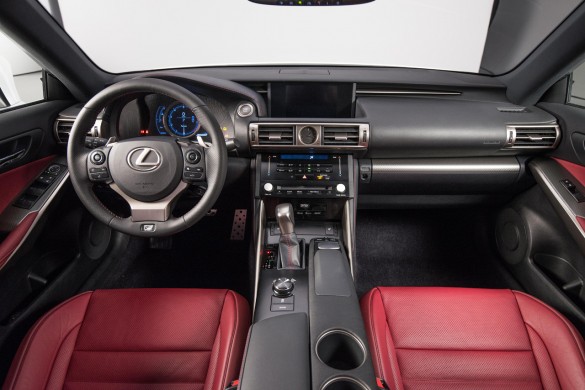 At the upcoming North American International Auto Show in Detroit, the new 2014 Lexus IS looks to be shown in the F Sport form where additional models and powertrains will be later rolled out and introduced.

Update 1/9/2013: Lexus has released official images of the all-new 2014 Lexus IS F Sport with a press released as copied below.

Lexus Releases First Official Photos of the Next Generation IS

TORRANCE, Calif. (Jan. 9, 2013) – The all-new Lexus IS compact sport sedan will make its world debut at the North American International Auto Show in Detroit on Jan. 15, 2013. A press conference will be held in the Cobo Center at 9:30 a.m. EST, and live webcast streaming of the event will be available at www.lexus.com and on the Lexus Facebook page.

The all-new IS model range will include IS 250, IS 350, and the first IS to feature Lexus Hybrid Drive, the IS 300h, which will be available in Europe, Japan and other international markets. F SPORT models will be available across the full range. Today, Lexus released photos of the all-new IS 250/350 F SPORT in advance of next week’s World Premiere.

The tight, sporting proportions of the body are formed by powerful character lines generated by the shape of the spindle grille, which passes through the base of the A-pillars then tightens up as it flows toward the rear. They clearly delineate the body from the cabin, emphasizing the wide flare of the wheel arches to give the new IS a broad, powerful stance.

In profile, the strong horizontal beltline shows off the large rear tires and its low center of gravity. The mass of the cabin itself is concentrated rearwards, visually applying weight to the rear tires to enhance the perception of traction.

A rising crease line flowing from the lower body, through the rear wheel arch and into the rear lamp clusters adds the sweeping elegance to the sedan’s sporty profile.

F SPORT models are instantly recognized by an exclusive grille and front bumper design. The ‘waistline’ of the grille is higher than on standard models, increasing the area of the lower grille to make it capable of drawing in a larger volume of cooling air appropriate to sporty performance.

Interior Design
The new IS interior design creates a focused, ergonomically ideal environment from within, which the driver can fully exploit the new Lexus compact sedan’s superb driving dynamics.

Cabin material, trim and finish refinement is complimented by the latest advances in HMI technology and a high quality analog clock with surface-emitting illumination. The center console incorporates Lexus-first, electrostatic switches to control the air conditioning temperature with the touch of a finger.

Both the seat hip point and the angle of the new, LFA-inspired steering wheel have been lowered and steering reach adjustment increased, creating a more sporting driving position. F SPORT models feature the LFA’s innovative driver’s meter with a moving center ring.

A choice of three F SPORT interior color schemes includes a new Rioja Red finish, which is exclusive to the marque.