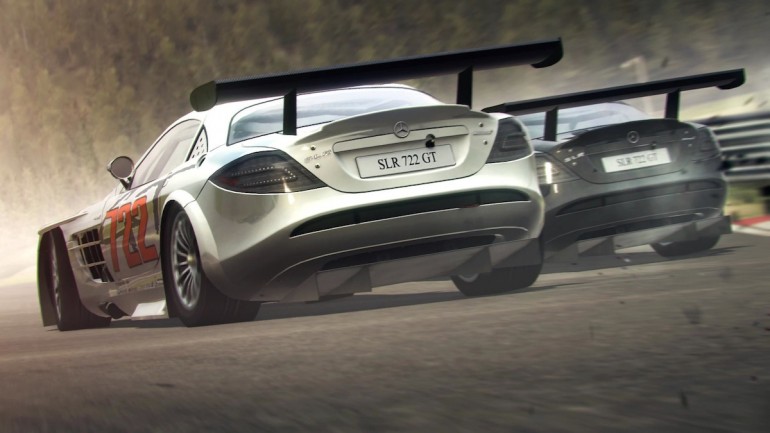 If you prefer your racing games with a bit more emphasis on action and don’t care about things like a realistically-rendered cockpit, we’ve got good news: Grid 2, the eagerly-anticipated follow up to Codemasters’ original hit, Grid, will hit stores on May 28. If you commit to buying it now via pre-order, you can take advantage of a few bonus options, depending upon where you shop.

Place your order with Game Stop, and you can get the Grid 2: Turbo Charged edition, which includes downloadable content (DLC) in the form of the McLaren Racing Pack and the GTR Racing Pack. The McLaren add-on gets you a unique MP4-12C GT3 plus modified circuits around England’s Brands Hatch, while the GTR Pack gives you a Nissan GT-R SpecV and variation on the Yas Marina circuit.

If Best Buy is your store of choice, you can select the IndyCar Pack, which gives you the IndyCar pace car and a Dallara DW12 IndyCar as DLC. The added track choices are variations on the Indianapolis Motor Speedway.

Pre-order through Amazon, and you’ll get the Head Start Pack, which gives you the Mercedes-Benz SLR McLaren 722 GT as DLC, plus additional discounts on car upgrades and a one-time RaceNet bonus.

Regardless of which option you pick, Grid 2 will deliver single player, multiplayer or online action, with tracks ranging from famous world circuits to city streets and mountain roads. Grid 2 will be available in versions for the Microsoft Xbox 360, the Sony PlayStation 3 and PC.