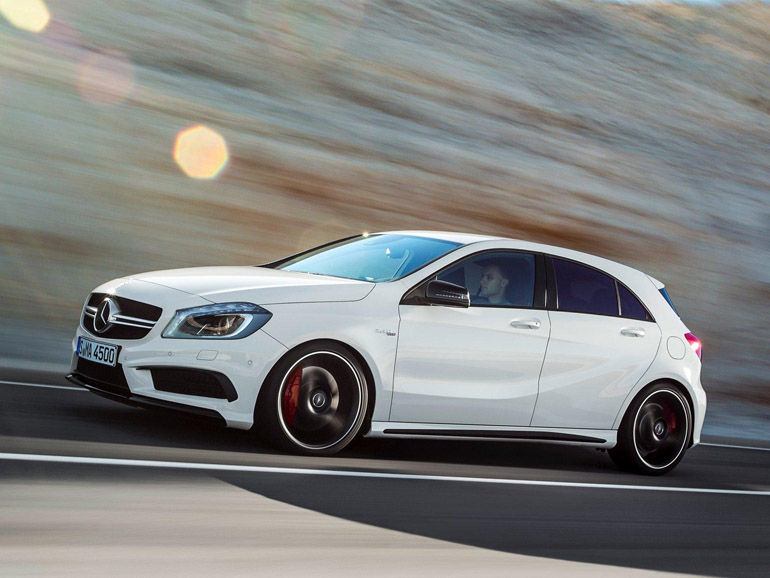 With the Geneva Motor Show kicking off next month, there is plenty of time to leak official photos of newly released vehicles. With that in mind, the Mercedes-Benz A45 AMG was leaked earlier and now Benz has released the official photos of the hot hatchback. 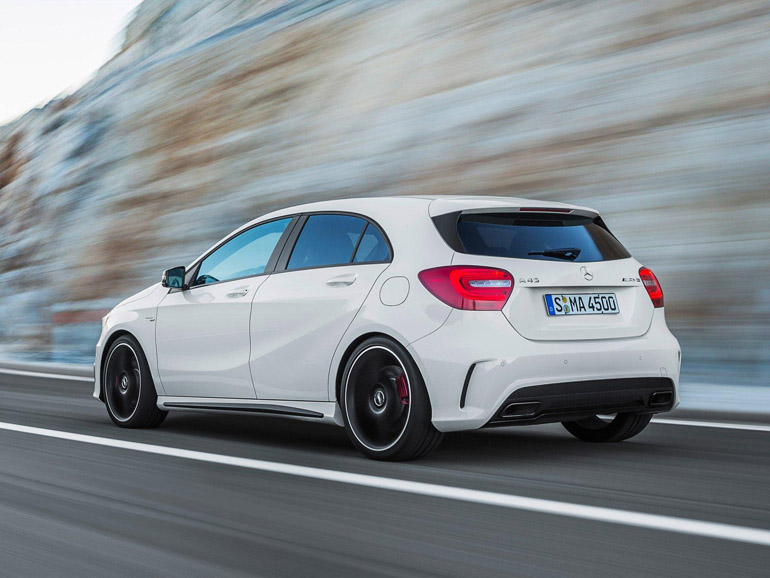 For now, there is no official press information on the A45 AMG so that leaves us with our ingenious speculations of the Benz hot-hatch featuring a 2.0-liter turbocharged 4-cylinder engine delivering around 360 horsepower and 332 ft-lbs. of torque. Power should be directed to all four wheels through a 7-speed dual-clutch transmission with a special Race Start feature. 0-60 mph time should be around 4.6 seconds as guestamated by some sources with an electronically limited top speed of 155 mph. 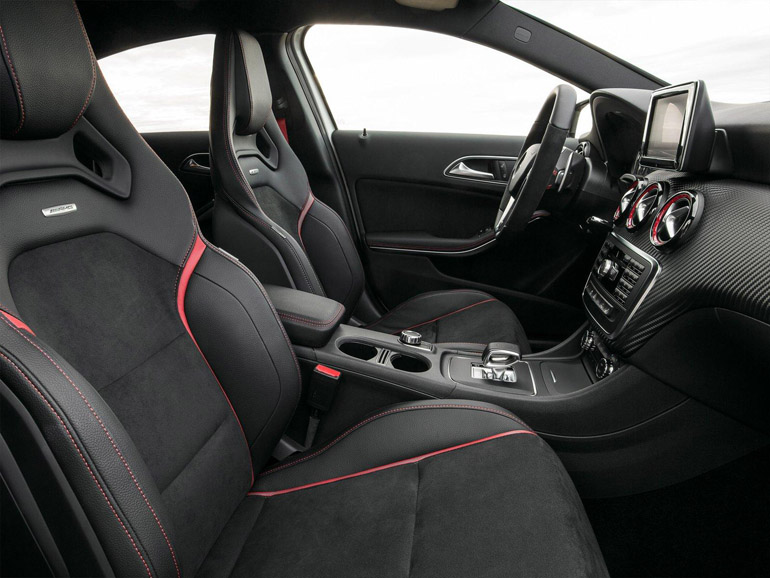 The production-ready Mercedes-Benz A45 AMG should be available around April of this year. Pricing should be somewhat competitive but in retrospect, this is exactly what enthusiasts want to see… another AMG model to join the Benz line… right?

A45 AMG AMG Mercedes-Benz A Class