This Is The New 2014 Jeep Cherokee 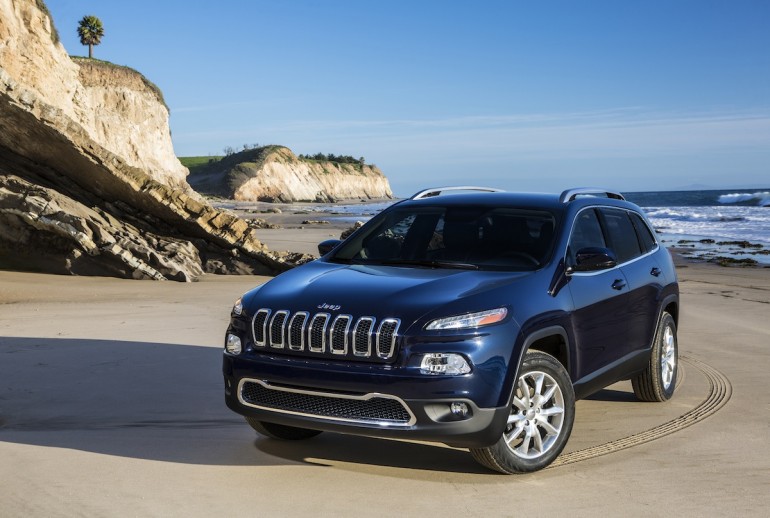 Jeep’s mid-size Liberty model ended its eleven-year production run last August, when the Toledo North Assembly plant in Toledo, Ohio, was shut down to re-tool for a completely new model. There’s been little word on the new mid-size Jeep since then, but rumors began circulating earlier this month that Jeep would revise the iconic Cherokee name for the SUV in the United States.

That made perfect sense, since outside of North America, the Cherokee name never went away. Last week, Jeep finally revealed some early images of the new Cherokee, and we’re not the first to point out the SUV’s polarizing lines. Critics have dubbed it the “new Pontiac Aztec,” or even the spiritual revival of the quirky Isuzu Vehicross. We’d counter that with fan ravings on its good looks, but those comments are hard to find. We’re trying to be impartial, ourselves, but the best we can say for the styling is that it’s distinctive.

The 2014 Jeep Cherokee will debut at the New York Auto Show next month, and Chrysler is promising it will come to market with best-in-class capability, pleasing on-road mannerisms and a significant gain in fuel economy. It’s a given that the Cherokee will be built in a “Trail-Rated” version, too, and assembly will take place in Toledo, Ohio.

The 2014 Jeep Cherokee will hit dealer showrooms in the third quarter of 2013. Pricing and models will be announced closer to the launch, and we’ll bring you more details following the SUV’s official intro in New York.

In the mean time, we have to ask the question: what do you think of the 2014 Jeep Cherokee’s looks? Is it trend-setting, or has Jeep gone a step too far?