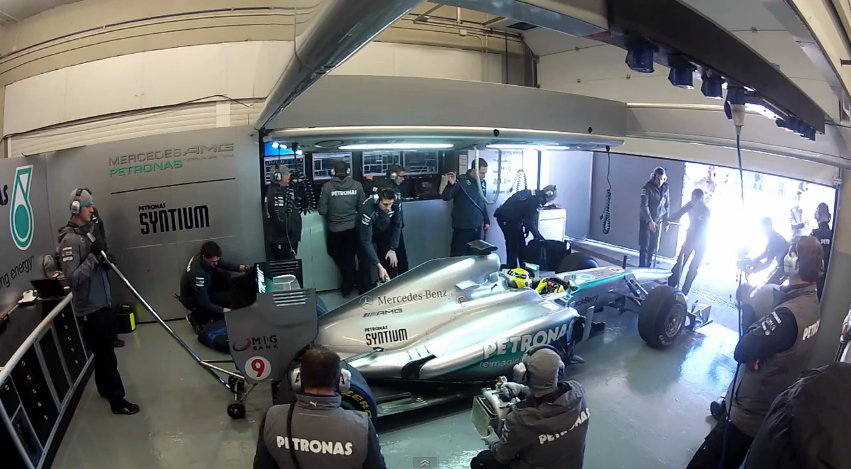 In five days, the 2013 Formula One season kicks off with the Rolex Australian Grand Prix in Melbourne, Australia. Fans will see quite a few changes from last season, beginning with the cars: in an effort to level the playing field, certain technologies (such as blown diffusers, which routed exhaust gas to create additional downforce) will be banned by the 2013 competition rules.

That should up the number of teams running at the front of each race, meaning that the championship won’t be just a battle between Infiniti Red Bull, McLaren Mercedes and Ferrari. If we had to guess, we’d expect the Lotus F1 team and even the Mercedes AMG Petronas team to be more competitive in 2013 than in 2012.

There are plenty of driver changes to talk about as well. Lewis Hamilton vacated his seat at McLaren last year for a ride with the Mercedes team, while fast and hungry Sergio Perez takes over Hamilton’s old McLaren. Nico Hulkenberg left Force India to take Perez’s old seat at Sauber, where he’ll partner with former test driver Esteban Gutierrez. Filling Hulkenberg’s vacant Force India seat is Adrian Sutil, who returns to the sport after a year’s absence.

Japanese drive Kamui Kobayashi was left without a ride at Sauber, due primarily to lack of sponsorship money. The same issue now hangs over Williams driver Pastor Maldonado; the Venezuelan had ties to Hugo Chavez, who provided sponsorship via PDVSA, the Venezuelan state oil company. Following Chavez’s death, its a bit unclear if Maldonado will be able to retain the same level of sponsorship necessary to fund his ride.

It will be a blank slate on Sunday, and a whole new season awaits drivers, teams and fans alike. If you can’t be in Australia for the opening round, you can catch it on the NBC Sports Network (formerly Versus). Live coverage begins Sunday morning at 1:30 a.m. Eastern.