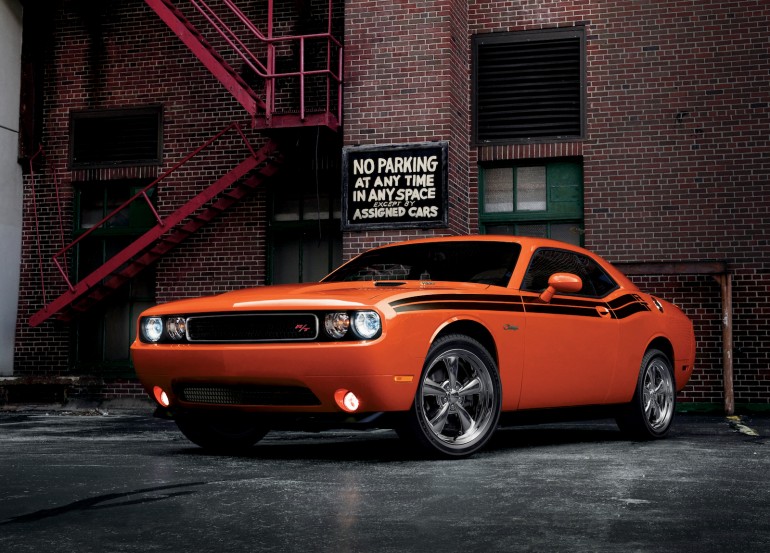 The Dodge Challenger, like its pony car rivals from Ford and Chevy, is available in V-6 or V-8 engined versions. The V-6 Challenger gets a 3.6-liter V-6, rated at 305 horsepower and 268 pound-feet of torque, which is good enough to produce reasonable acceleration while returning fuel economy up to 27 mpg on the highway.

As Chrysler tells us, 2013 Dodge Challenger V-6 models assembled between late November 2012 and January 24, 2013 are the subject of the brand’s latest recall, for a fire risk related to a potentially faulty wiring harness. A total of 4,459 vehicles are affected by this recall, with some 1,900 still on dealer lots.

That puts roughly 2,500 in customer hands, and Chrysler is taking the risk of fire very seriously: owners of affected vehicles are being contacted via telephone (and mail), with instructions to park their Challengers until a loaner vehicle (and service appointment) can be scheduled with their local dealership.

The wiring harness at the heart of this recall can overheat, leading to the potential for fire. To date, seven fires have been reported, none resulting in injury.

If you own a 2013 V-6 Dodge Challenger delivered after November of 2012, we’d suggest you contact your dealership as soon as possible to determine if your VIN is part of the recall. In the mean time, do we even need to tell you to park the car outside?