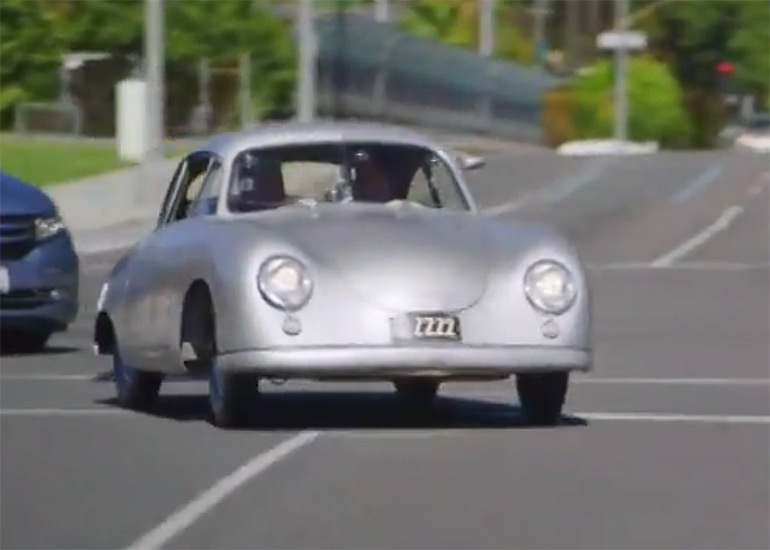 Jerry Seinfeld knowingly has an extensive Porsche collection, so it is not surprising to see him break out his 1949 Porsche 356/2 (one of the very first Porsches ever produced – all hand-formed aluminum) in his latest Comedians in Cars Getting Coffee episode when he scoops up Jay Leno. 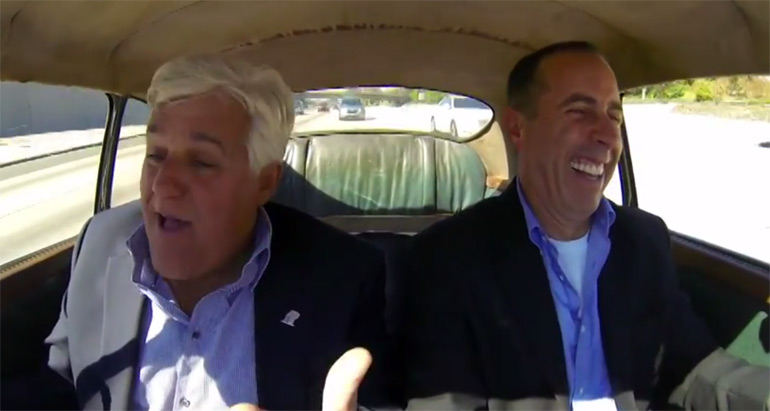 Most of us know Jay Leno’s Big Dog Garage harbors some rarities, some similar to Seinfeld’s Porsches. What we may not know, as Jay claims, he never drinks Coffee. It may be part of his comedic act on this excessively “funny” episode, nevertheless, it is shear entertainment when good friends Jay and Jerry share hilarious stories over a cup of coffee. Oh, you get to see the new Acura NSX, too – a nice product placement and part of the complete ‘effect’ of this Comedians in Cars Getting Coffee episode. Enjoy!