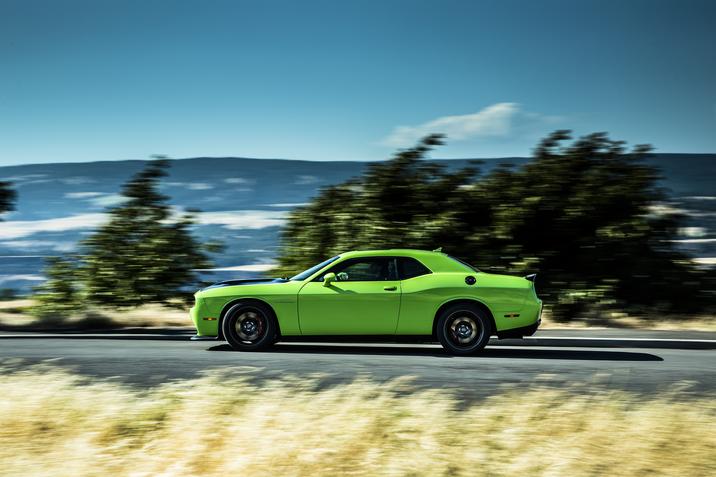 Apparently Dodge is not done proving that the “you can have your cake and eat it too” fire breathing 10-second ET drag strip monster is the new sensible king of the road. Turns out you can smoke purpose built race fuel only drag cars and then get an almost too good to be true 22 miles per gallon on the way home, even after stopping at the grocery store with your entire family to buy enough supplies for a month – yes the trunk really is that big. 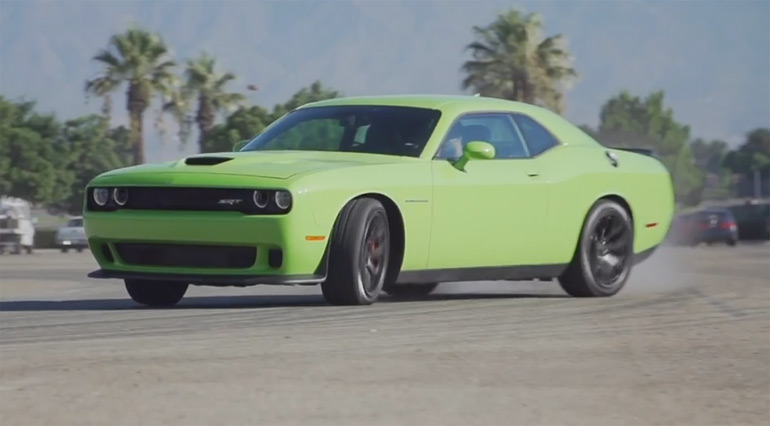 Check out the full press release from Dodge and join us in counting down the days until we get our hands on one at Automotive Addicts!

September 17, 2014 , Auburn Hills, Mich. – The 2015 Dodge Challenger SRT Hellcat, the most powerful muscle car ever, now boasts a fuel-economy rating as compelling as the 707 horses hurrying from its 6.2-liter supercharged HEMI® Hellcat V-8.

“The new 2015 Dodge Challenger is the perfect street / strip muscle car,” said Tim Kuniskis, President and CEO – Dodge and SRT Brands. “As the fastest muscle car ever, the Challenger Hellcat can run 10-second ETs at the track, and then get 22 miles per gallon on the drive home. With a starting price of $59,995, there’s nothing else that even comes close.”

The Challenger SRT Hellcat carves a unique place for itself in the lofty world of high-performance driving. Consider the price, output and 2015 EPA highway fuel-economy ratings of the following:

The supercharged 6.2-liter HEMI Hellcat benefits from content that is 91 percent new, compared with its 6.4-liter SRT cousin, better known as the 392 HEMI.

Engineered in-house, the Hellcat engine is designed for optimum durability in the face of the enormous loads that accompany its prodigious power. Its forged-steel crankshaft has induction-hardened bearing surfaces that contribute to its capacity to withstand firing pressures of 1,595 psi (110 bar) – the equivalent of five sedans standing on each piston, every two revolutions.

The HEMI Hellcat further benefits from premium-grade, heat-treated aluminum-alloy cylinder heads that are optimized for thermal conductivity. These are topped by a twin-screw 2,380-cc/rev supercharger that features integral charge coolers and an integrated electronic bypass to regulate boost pressure to a maximum of 80 kPa (11.6 psi).

A separate low-temperature cooling circuit with two air/coolant heat exchangers integrated into the supercharger housing keeps air temperatures below 140 degrees Fahrenheit (60 degrees Celsius), while enabling air flow of up to 30,000 liters per minute.

So effective is this feature that engine power will not be derated due to cooling demands, even after 20 laps of a grueling 3.1-mile road course where the ambient temperature is 100 degrees Fahrenheit (38 degrees Celsius).

The HEMI Hellcat does not lack for style, either. Its die-cast aluminum rocker covers echo the block’s Street HEMI Orange motif.

The car’s new TorqueFlite eight-speed automatic transmission boasts maximum engine-torque capacity that is 30 percent greater than any eight-speed previously offered by Chrysler Group. To ensure its responsiveness matches the demanding expectations of SRT customers, the transmission features one additional pinion gear in each of the 1st and 3rd gear sets, and five more clutch-pack disks – two in clutch E and one each in clutches A, C and D.

The defining benefit of the gearbox is its 7.03 ratio spread, which enables the powerful HEMI Hellcat to operate in its most efficient mode, more frequently.