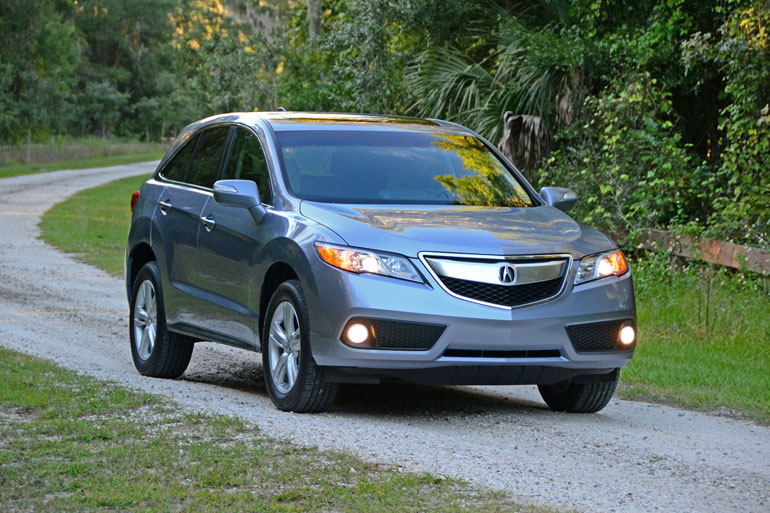 With gas prices coming down the sales of SUVs and crossover utility vehicles are on the rise. This type of thing always happens as our short term memories take over to justify our outrageous purchase of that huge SUV we have been gawking over for the past year. Manufacturers are well aware of our thirst large people-movers and there are many options to choose from. On the conservative end of things, Acura has managed to play a confident hand in the game of crossovers with their latest RDX, featuring a standard 3.5-liter V6 engine with 273 horsepower and 251 pound-feet of torque that still musters out 20 mpg city and 28 mpg highway. 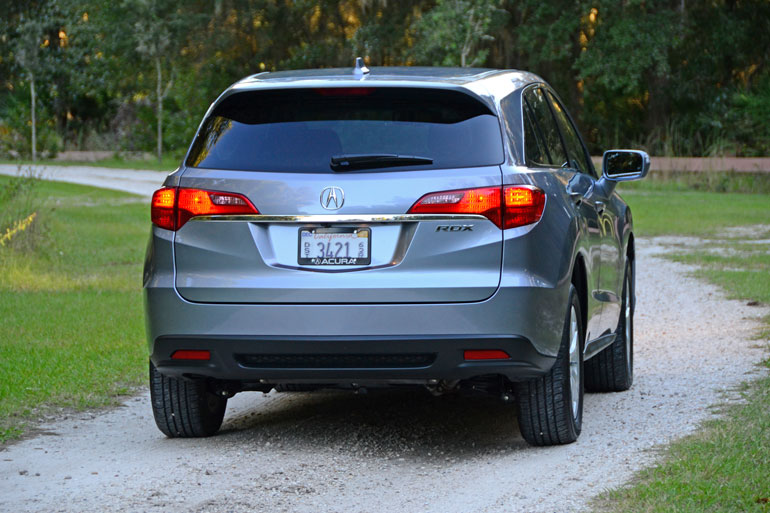 The latest Acura RDX remains unchanged from its complete redesign as a 2013 model, which marks the changeover to the V6 engine from the outgoing turbo 4-cylinder. With many vehicles going the way of forced induction in smaller 4-cylinder engines, Acura has retained its trust in a proven V6 engine, and it has paid off well. 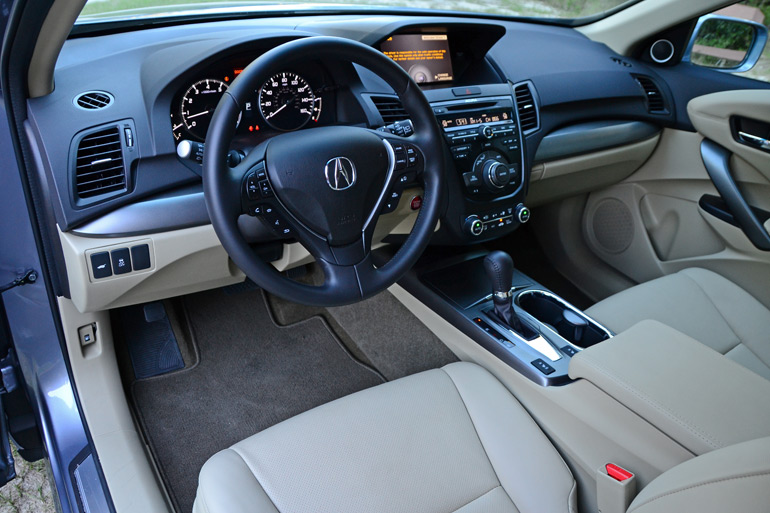 The new 2015 Acura RDX is one of those vehicles that there isn’t much to fuss over; giving the driver assured confidence on the road from its ample and eager power throughout the rpm band. The other 4 passengers will have no qualms either, having just enough space without feeling cramped and just over 26 cubic feet of cargo space out back behind the rear seats. 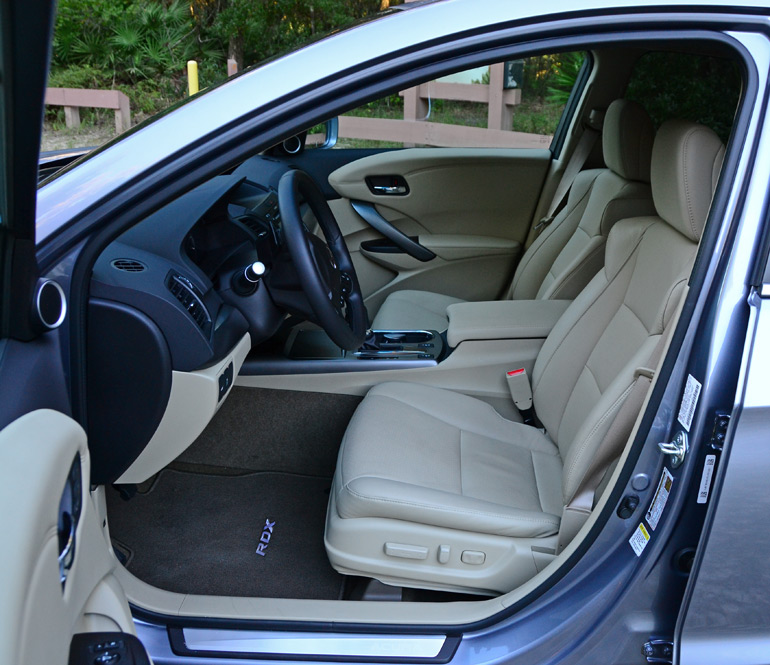 The Acura RDX’s ride quality is on par for what you would expect, limiting most unwanted body motion over rough pavement. The driving character of the new RDX is somewhat of an engaging situation where there is a little torque steer involved when the RDX is in its front-wheel-drive trim, such as my test vehicle. Acura does offer an advanced all-wheel-drive system for the RDX, potentially reducing that torque steer. Nevertheless, the V6 engine lays down the power in strong surging amounts to the front wheels through a direct-feeling 6-speed automatic transmission. 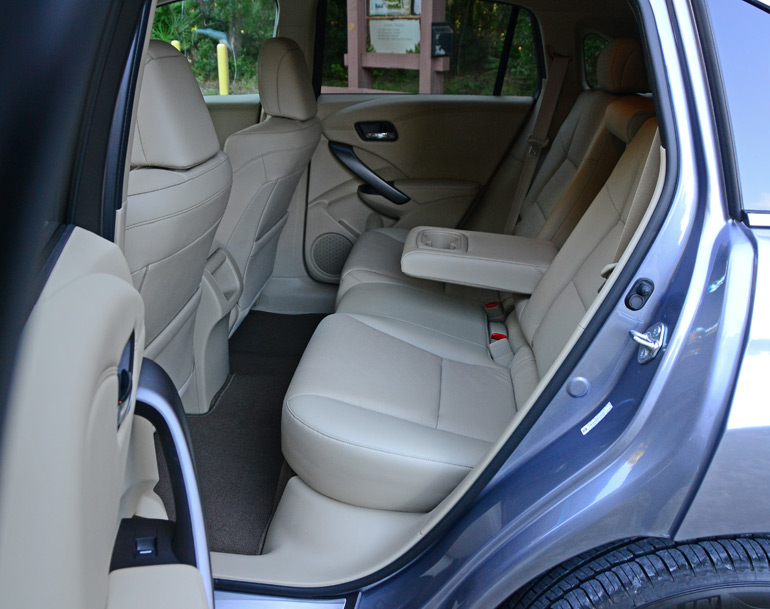 At the luxury end of things, the 2015 RDX exudes the characteristic Acura cabin with many familiar controls to that of the brand. The controls are mostly clear cut and take out much of a guessing game, utilizing an older dashboard design from Acura instead of the dual-screen setup found in the larger MDX or Acura’s new sedans.

Several interior materials have a good quality and feel to them, even some of the soft-touch plastics, which are used delicately throughout the cabin. The various tech features found on my RDX Technology-package test vehicle include the voice-activated GPS navigation system, Bluetooth connectivity with audio streaming, auto HID headlights, power rear liftgate and heated front seats. Setting the 2015 Acura RDX apart from its competition is its simplistic formula, excellent seating positions and comfort, and robust V6 engine that brings some sporty excitement to the overall driving character. To add to its sporty demeanor, the RDX’s electric steering rack is nicely weighted, possibly to mull out some of its torque steer – an inevitable trait for a front-wheel-drive compact luxury crossover with a V6 engine. 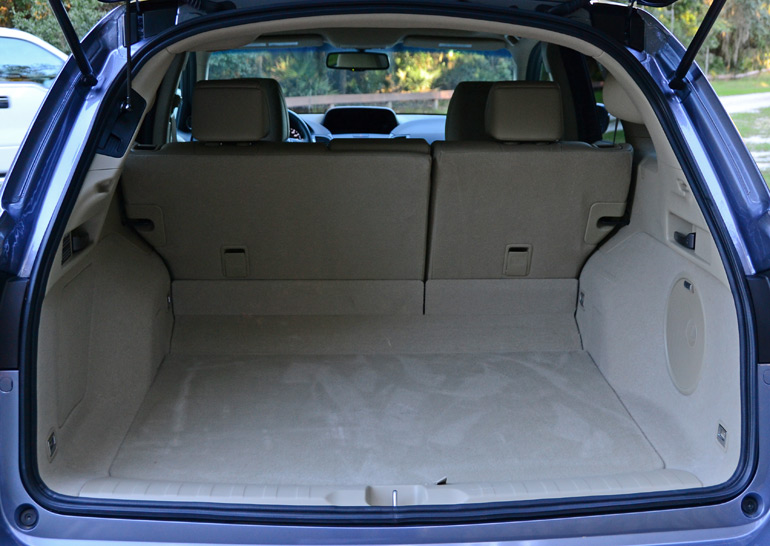