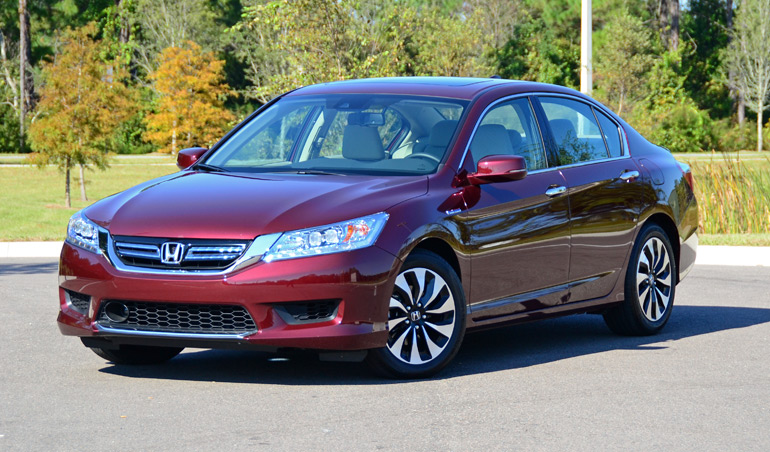 The advancements of technology have virtually paved the way for hybrid vehicles to fit in with the mainstream of automobiles, matching performance and excelling in fuel economy. The new Honda Accord Hybrid, after spending a week with it once again, has sparked my interest and newfound love for hybrid vehicles. 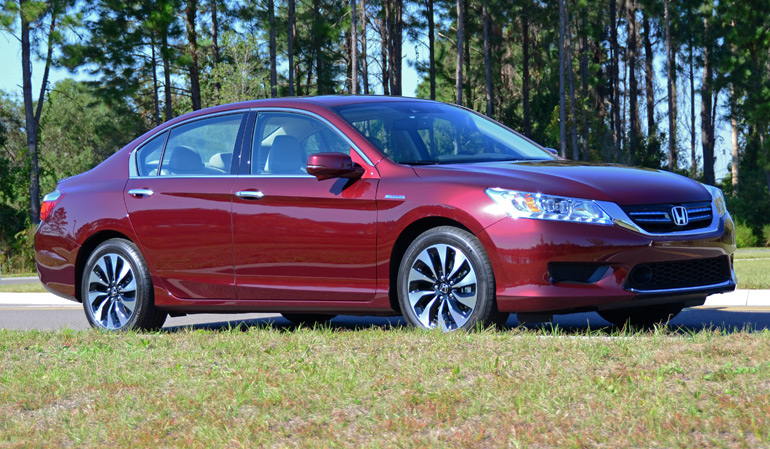 I had the opportunity to check out the 2015 Honda Accord Hybrid Touring, remaining unchanged from its introduction 2014 model year. Walking away from the Accord Hybrid I can honestly say I am intrigued and basically shocked by the astonishing gas mileage I was able to conjure out of this hybrid sedan.

Going over my initial conceptions of the new Honda Accord Hybrid Touring, as noted in my 2014 review and test drive post, I can attest to the Accord Hybrid truly meeting its EPA mpg estimates and exceeding them on several occasions. My drives of the Accord Hybrid consisted of back-road adventures, 40-mile-long trips on mostly interstates and some mixed city driving with heavy traffic. In all of those conditions I walked way meeting and frequently beating the stated fuel consumption numbers. 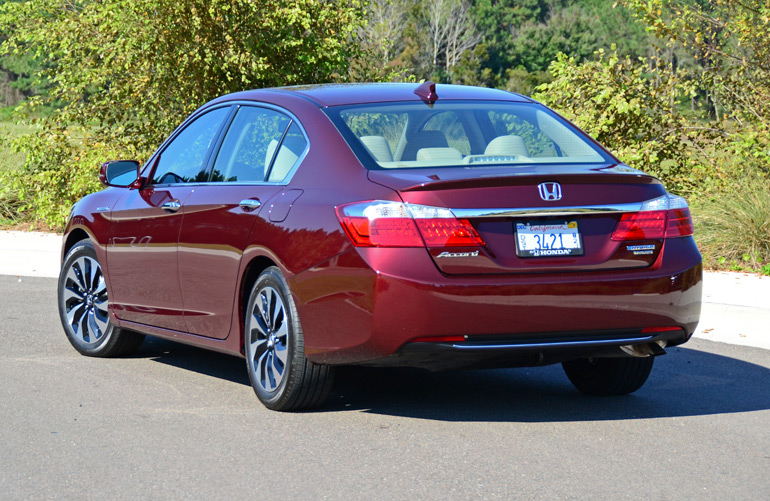 The 2015 Honda Accord Hybrid Touring, retaining all redesigned aspects from its 2014 model year intro, is powered by a 2.0-liter 4-cylinder engine along with two electric motors. The power is directed to what Honda claims to be an E-CVT (continuously variable transmission), but is, however, a set of planetary gears and clutch sets that vary ratios to power the front wheels. The system, working in sync with the engine much like a traditional CVT unit, proves to be quite the performer reacting quickly to your throttle inputs to propel the vehicle without any unexpected drama or hesitation. The initial acceleration is always handled by the robust electric motor to get things in motion from the ample torque of the electric motors. After getting moving around 15 mph or so the gas engine seamlessly fires to aid in acceleration. At times the system will run solely on electric power, even at highway speeds. Together, Honda has created a highly advanced system that does what it needs to in the background to yield astonishing fuel consumption numbers. 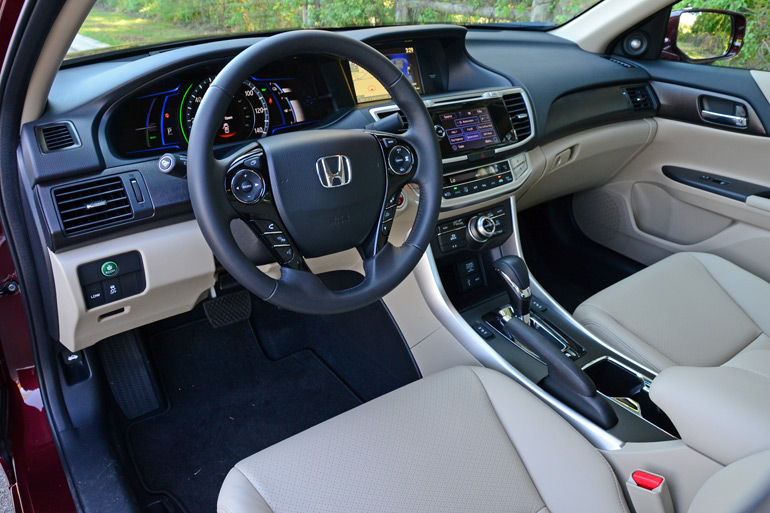 As an example of an astonishing real-world mpg figure, I was able to walk away with a solid 53.4 mpg when driving on the highway with a little city driving mixed in. I purposely avoided any conscious hypermilling or eco-driving, I basically drove like I would to keep up with the flow of traffic, and still, 53 mpg captured my attention when arriving at my driveway from a trip of just under 40 miles. 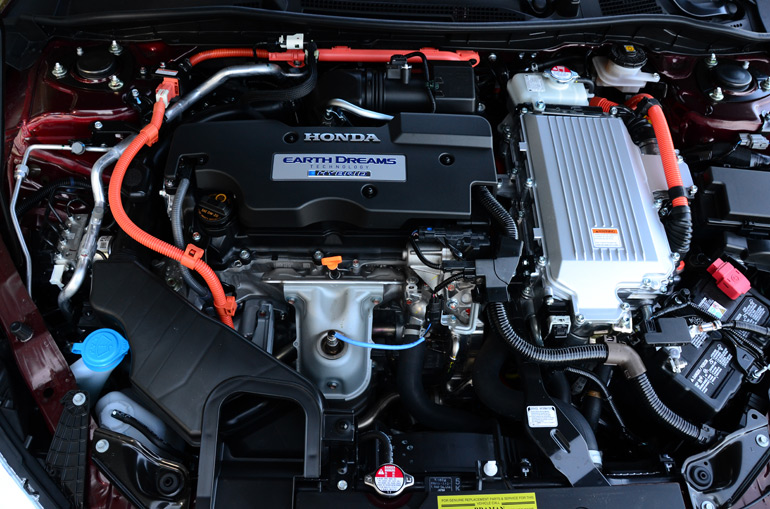 There is no doubt that the new Honda Accord Hybrid is a marvel. It does as advertised and sometimes even better in the aspect of fuel economy. Moreover, the Accord Hybrid Touring offers a seamless experience where the vehicle hardly ever deviates from giving you a drivetrain any different from the normal Accord 4-cylinder or even V6-powered trim levels. I welcome you to check out the test drive review from a few months ago when I first had the opportunity to experience the new Honda Accord Hybrid Touring, which carries over for the 2015 model year virtually unchanged.

Be sure to check out the full review on the 2014 Honda Accord Hybrid Touring.