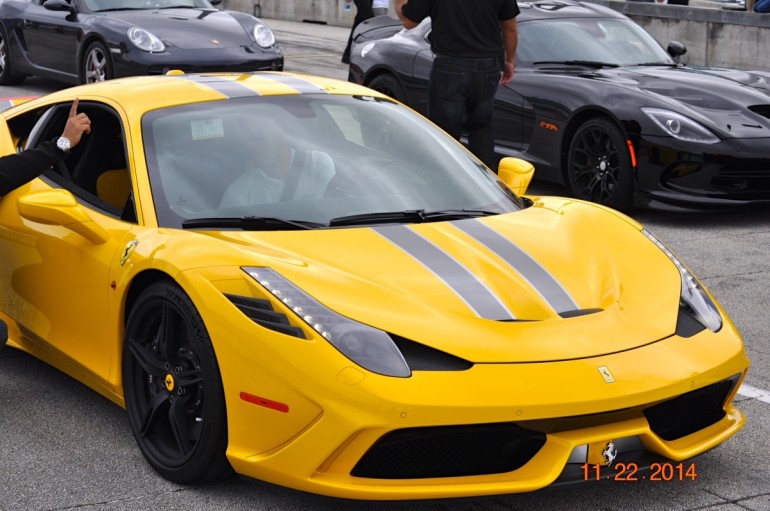 While I didn’t personally know racing legend and sports broadcaster Bill Adam seven years ago in 2008 when he and the Southern Automotive Media Association (SAMA) kicked off the inaugural Rides ‘N Smiles event at Homestead-Miami Speedway, I wonder if somehow he had me in mind when planning the charitable event. 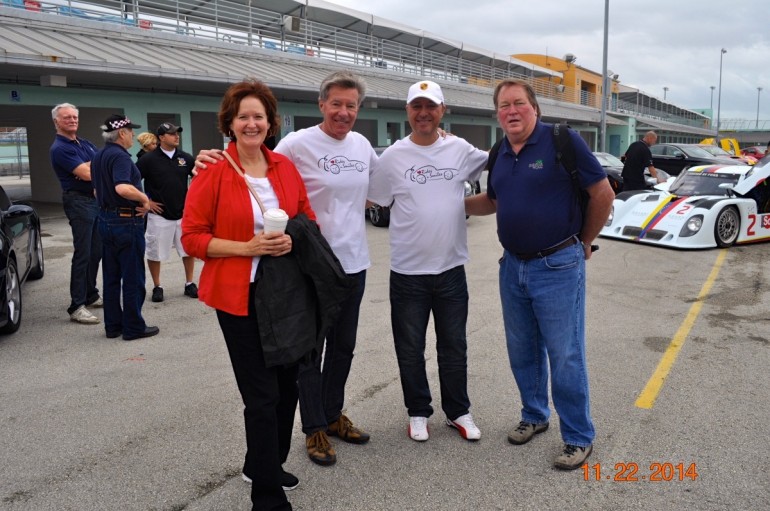 My wife is a long-time pediatric critical care nurse. Much more than a job, her dedication to the children in her care and their parents is inspiring. I have spent many mornings comforting her in the wake of losing a patient to childhood cancer. Her connection to the parents goes beyond employment; many of them call her friend.  My brother is a Purple Heart recipient who served in Afghanistan with the US Army. I know the battles that he faced both overseas and when he came home. If ever there was an event that I could connect with on a personal level, it is SAMA’s Rides ‘N Smiles. 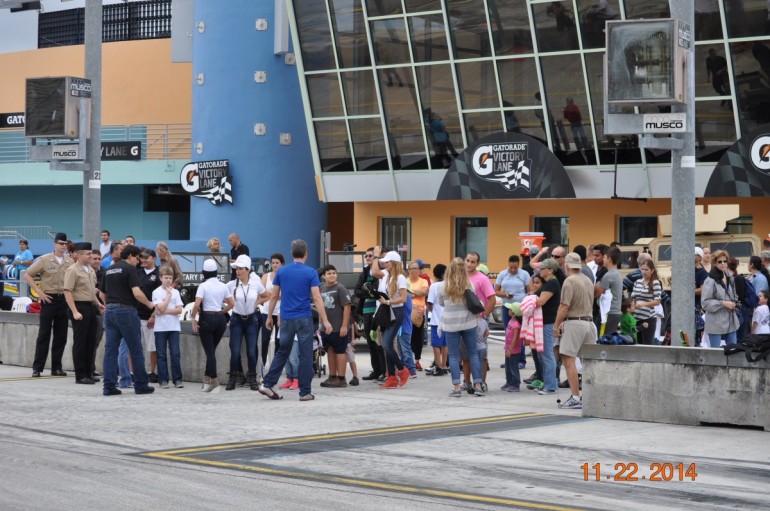 Rides ‘N Smiles brings many of the world’s hottest performance cars together at Homestead-Miami Speedway and offers a once in a lifetime opportunity to more than 150 cancer patients from Miami Children’s Hospital and Baptist Children’s Hospital of Miami and Homestead. With members of SAMA and even famed Group 44 driver Bill Adam himself in the driver’s seat, the children were able to experience the thrill of putting the fastest Dodge, Nissan, Porsche, Jaguar, Viper, Corvette and Ferraris through their paces on the 1.5-mile oval track. 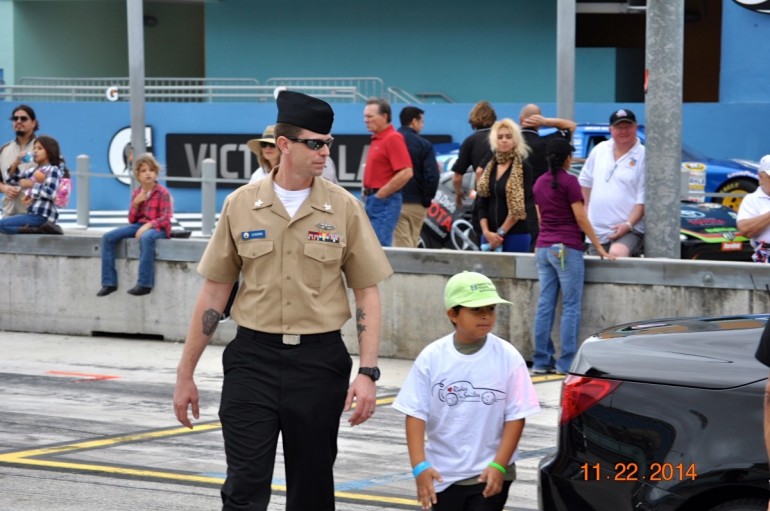 In the afternoon attention turned towards our nations often unsung heroes, providing hot laps to approximately 80 deserving wounded warriors. Not only were some of the manufacturer’s latest and greatest, including the new 707-horsepower Dodge Challenger Hellcat, Chevy Corvette Z06, and Nissan GT-R on hand for the event, but a group of actual race cars – modified to include a passenger seat –  united to provide exhilarating rides for our nation’s bravest. Of course, driving and riding around in these mechanical marvels was the main dish, but the car show that these beauties put on made for a satisfying appetizer, side, and dessert. 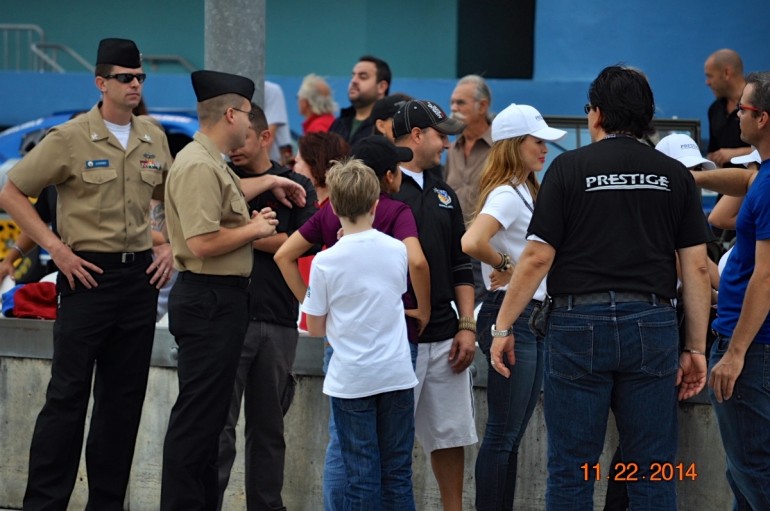 Many thanks to Bill Adam and the Southern Automotive Media Association, which Automotive Addicts is proud to be a member of, for putting together and hosting such an amazing event. And thanks to Prestige Auto for bringing their dedicated team to work the event and Homestead-Miami Speedway for their incredible hospitality. 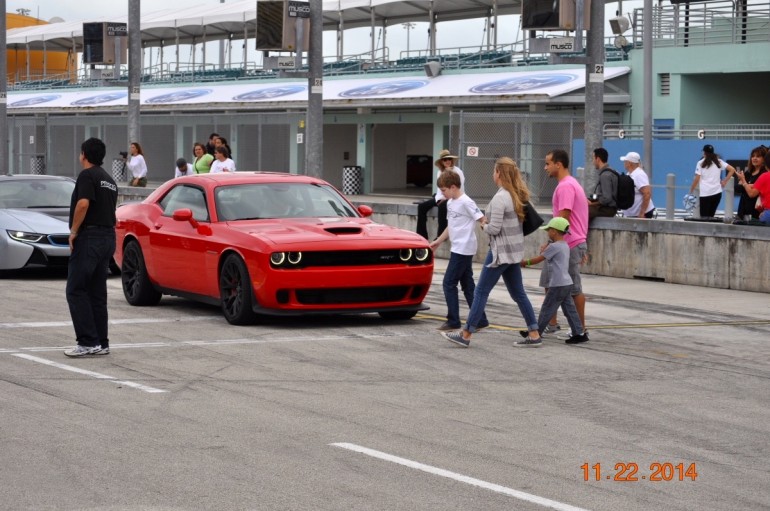 Thanks to SAMA for providing the photographs and Javier Mota for creating the fantastic video. For more coverage of the event, visit: http://www.samaonline.org/ridesandsmiles2014/index.htm

MIAMI – Ford Championship Weekend might have concluded last Sunday with Kevin Harvick taking home the Ford EcoBoost 400 and 2014 Sprint Cup Series Championship. However, cars were back on track Saturday at Homestead-Miami Speedway, only for a different reason.

For the seventh straight year, the Southern Automotive Media Association (SAMA) held their Rides ‘n Smiles Event at Homestead-Miami Speedway. In the morning, more than 150 cancer patients from Miami Children’s Hospital and Baptist Children’s Hospital of Miami and Homestead were given rides around 1.5 –mile oval by SAMA members in more than 15 different exotic cars, including a Porsche, Jaguar, Viper, Corvette and Ferrari, among others.

The kids, as well as a group of Wounded Warriors, were then treated to lunch at the Speedway. Following lunch, it was the Wounded Warriors turn for rides around the track, in the same exotic cars in addition to actual race cars in which a second seat was added. Approximately 80 Wounded Warriors were on hand to take part.

All of the cars for the event were donated by the manufacturers.

“For the kids the biggest single thing is that they might be as sick as it is possible to be, and at least for one day they forget about that,” said SAMA President Bill Adam. “We tell the children to be here at 8:30 am they’ll show up at 8:00 am and they’ll be bouncing off the walls with big eyes, bright and excited. It’s hard to believe they have the challenges they do in life. To get the smiles from the kids, I don’t care about all of the hours that are put in. It’s worth it. It’s my giving a little bit back to the world.”

A guest appearance was made at Homestead-Miami Speedway Saturday by Andy Pilgrim, a professional driver who currently races for the Cadillac Racing Team in the Pirelli World Challenge Series.

The Speedway has been open since 1995 following an initiative to spur economic recovery in the aftermath of Hurricane Andrew. The 650-acre facility is active more than 280 days per year, and features a 1.5-mile oval and 2.21-mile road course. The track generates more than $250 million annually for the region. NASCAR has crowned its champions in all three of its premier series at Homestead-Miami Speedway for 13 straight years. This year’s Ford Championship Weekend was held November 14-16 as Matt Crafton (Camping World Truck Series), Chase Elliott (Nationwide Series) and Kevin Harvick (Sprint Cup Series) were crowned champions for 2014. The 2015 Ford Championship Weekend will be held November 20-22.