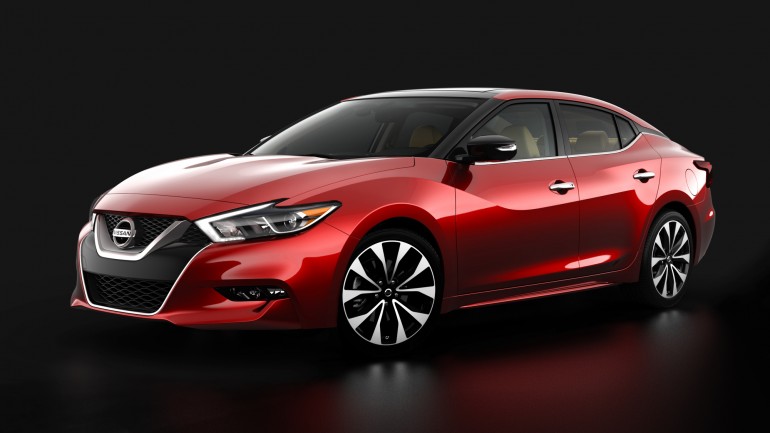 With over 100 million people captivated by Super Bowl XLIX, Nissan was one of the many who put their bid in for the prime-time commercial spots. In the Nissan commercial they had a cameo appearance of the all-new 2016 Nissan Maxima, which is now official confirmed to make its world debut at the New York International Auto Show in April.

We suspect the new 2016 Nissan Maxima will have the latest iteration of Nissan’s V6 engine mated to a CVT transmission. The unique styling of the new Maxima as we can see has the new inspiration taking from the Murano, not taking away too much from the concept vehicle. Time will tell if this concept-to-production styling gets the nod when the new 2016 Maxima goes on sale sometime later this year.

NASHVILLE, Tenn. – Nissan today announced that its next-generation Maxima sports sedan was the product that made a cameo appearance at the end of its popular “With Dad” Super Bowl XLIX commercial. The 2016 Nissan Maxima, the brand’s flagship product and signature “4-Door Sports Car,” will make its official world debut at the New York International Auto Show in April.