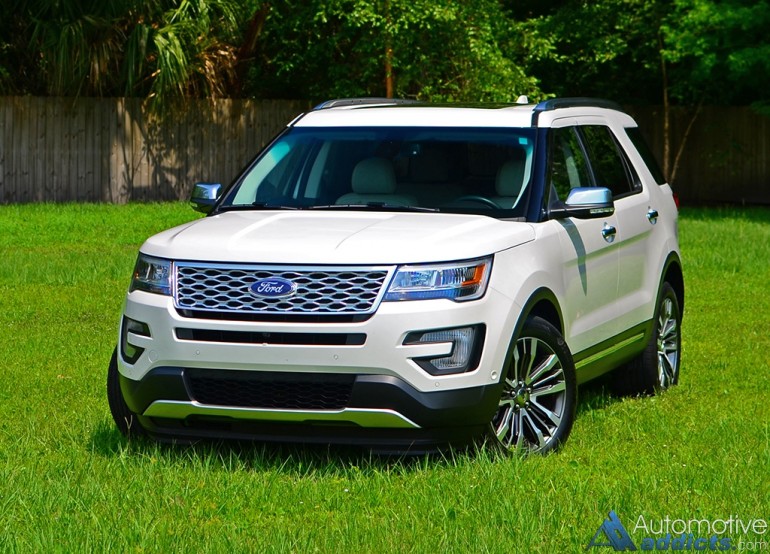 Being the initial spark for the SUV segment, Ford has afforded a place to keep their prided Explorer on the top of sales charts for many years. As a vehicle that ushered in an era for SUVs to have their proper place in the driveways of American suburbs for decades, the Ford Explorer is still a go-to for families and those seeking SUV-versatility in an attractive and well-performing package.

>> Get the best price on the Ford Explorer from a network of local dealers now. << 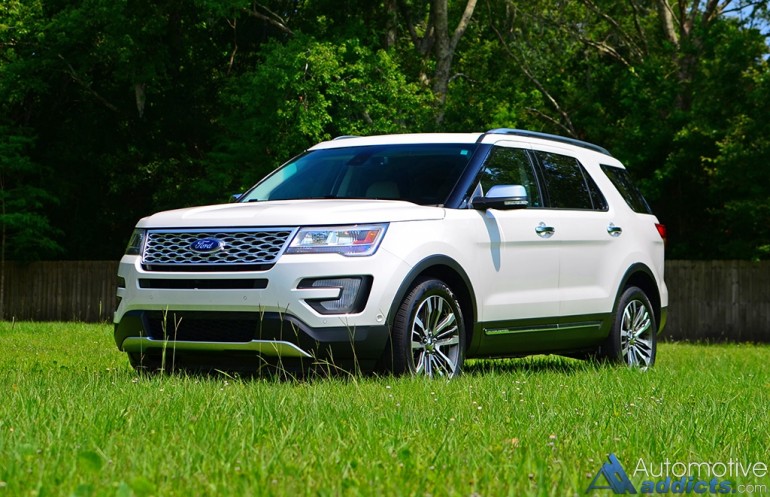 For its claimed sixth generation, the 2016 Ford Explorer retains the unit-body crossover chassis that we have grown to love in the previous generation. For 2016, the Ford Explorer gets several updates, including an exterior refreshing most notably at the front fascia but adds subtle changes elsewhere. Additionally, there are added safety features and a new 2.3-liter 4-cylinder EcoBoost engine choice. 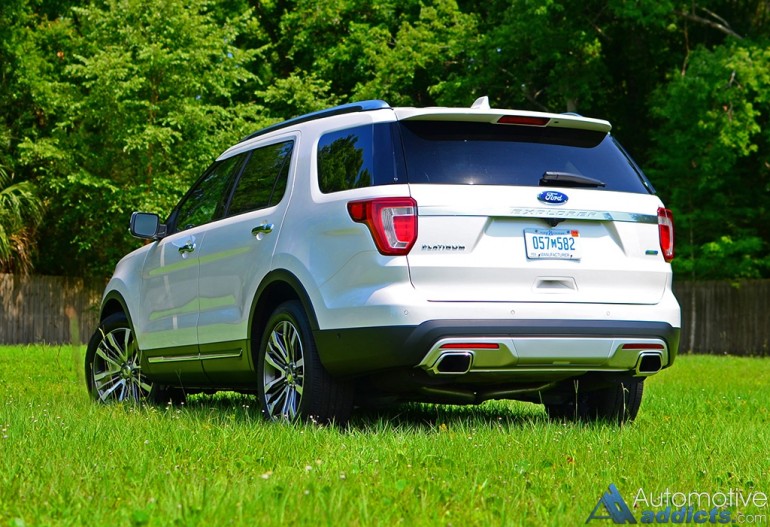 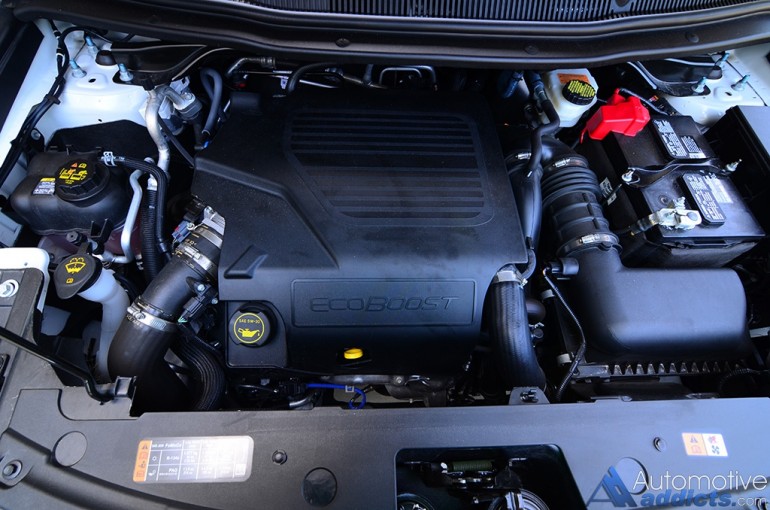 Keeping pace in the new Explorer Platinum with its all-wheel-drive system is easily accomplished. The twin-turbocharged V6 engine keeps the momentum going with only a slight lag out of the hole but probably won’t be noticed by most. Once the engine starts spinning around 2,000 rpm you feel the extra surge of torque while all four wheels remain firmly planted on the road even when aggressively accelerating out of turns. Zero to 60 mph in my Explorer Platinum all-wheel-drive ticks off in about six seconds flat, a decent feat for three-row SUV. 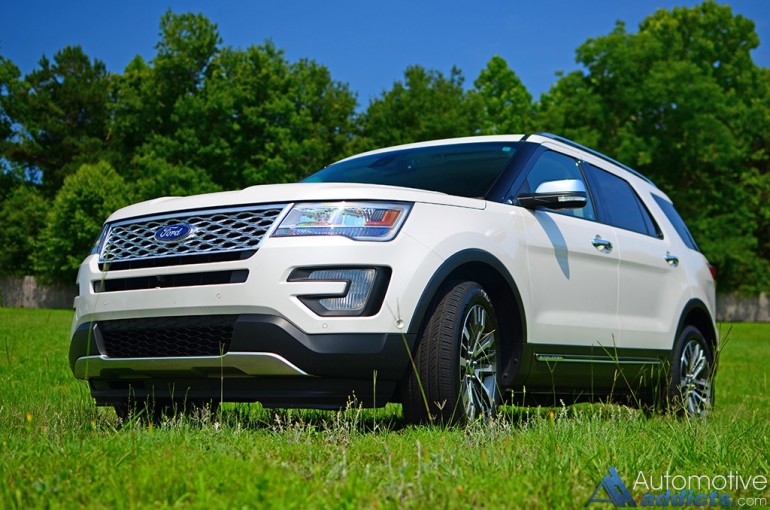 The Explorer Platinum drives with a lot of assured confidence and is difficult to upset is composure even when taking exit ramps a little faster than the posted speed limit. Though, the overall feeling you get from piloting the Explorer Platinum is that you are driving something bigger than it really is partly due to the hoods high positioning and somewhat of a high belt line making you feel as if you are sunk into the driver’s seat. Overall, the new 2016 Ford Explorer in its Platinum guise combines just the right about of sport and a compliant ride for a three-row SUV. 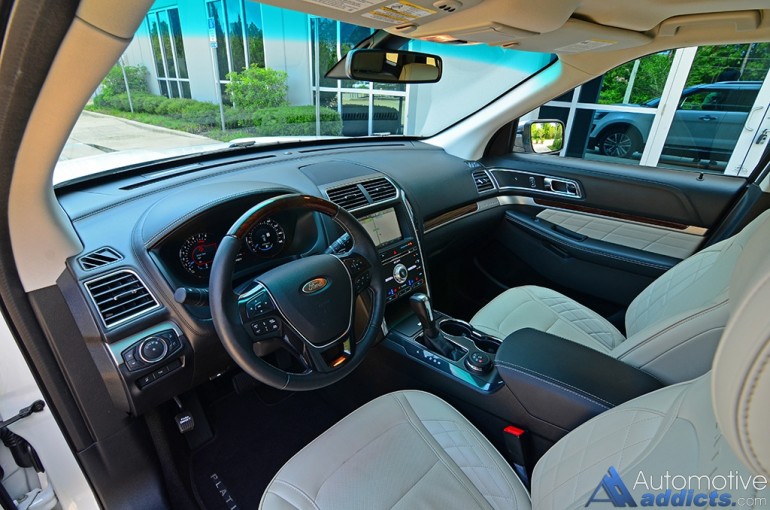 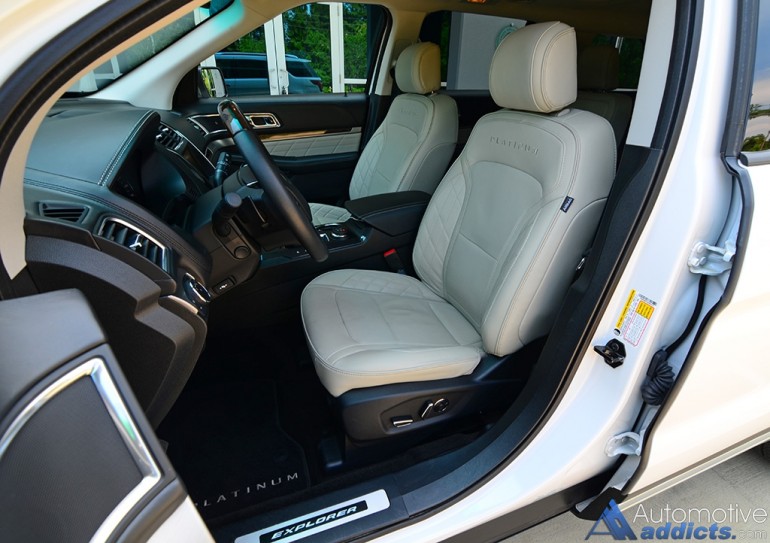 Keeping with the tradition of today’s tech features, the 2016 Ford Explorer gets many new safety features for availability along with many desirable amenities, which are included in my top-trimmed Explorer Platinum test vehicle. Among those features are LED headlights, LED fog lights, adaptive cruise control, collision warning, and a front camera added to the standard rear camera system. Additional features included as part of the loaded-up Explorer Platinum trim start with its powerful 3.5-liter EcoBoost V6 engine and add perforated leather seats with climate controlled (heated/cooled), 8-way power adjustments with massaging feature for the front seats, heated second-row seats, and just enough room in the third-row’s two seats for averaged to small-sized adults. As a side note, Ford continues to have among the best cooled/ventilated seats in the business feeling as if there is cooled air from the a/c piped into the leather seat perforations. 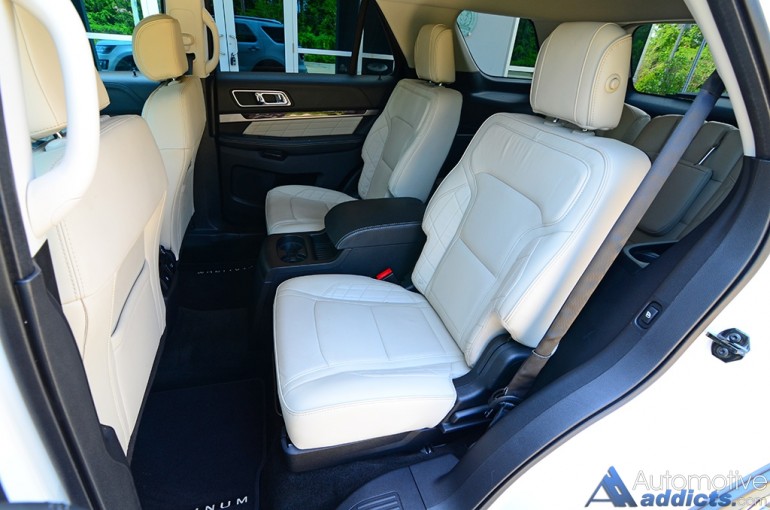 Topping out the new Explorer Platinum’s long list of notable features, you get to enjoy a taste of luxury with second-row bucket seating with a center console, 20-inch alloy wheels, plentiful soft-touch dashboard surfaces, hands-free power rear liftgate, power-adjustable pedals, dual-panel sunroof with front power-sliding/tilt and a power sliding sunshade, power-folding third-row seats, power-adjustable tilt and telescoping heated steering wheel, and a 12-speaker Sony sound system. The new Explorer also benefits from its audio and climate controls managed by an updated Sync infotainment system that now provides physical buttons for common controls instead of the despised capacitive touch areas that many had their fair share of grievances over. However, the 8-inch touch screen still combines smallish graphical buttons and sometimes slow-to-respond menu functions. Though, what is expected as the last iteration of the older Sync system is due for an update to apply the latest revamp of MyFordTouch in the next model year or two to match other updated Ford vehicle offerings. 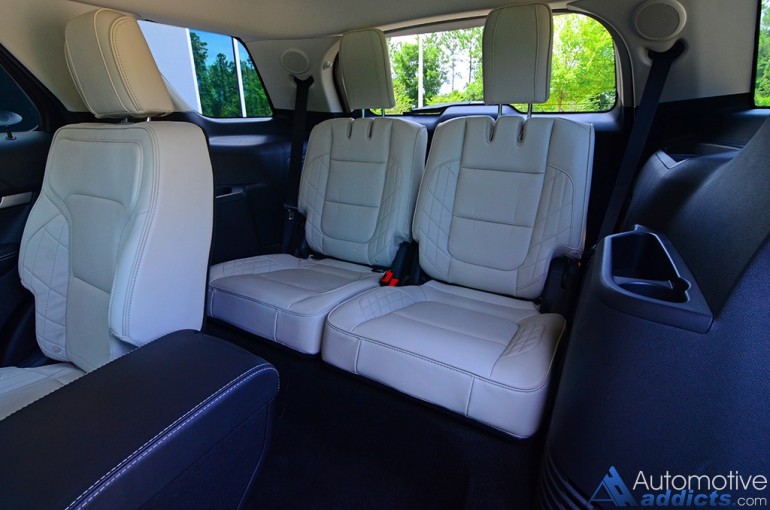 The ability to tow up to 5,000 pounds, seat up to seven passengers, perform appropriately with its twin-turbo EcoBoost V6 engine, and offer over 81 cubic feet of storage space with the second and third-row seats folded, there is something to be said about being one of the more adaptable SUVs. I, for one, consider the Explorer high on the list of desirable three-row SUV offerings that combine a wide array of features and conveniences wrapped in an exceptionally versatile package. 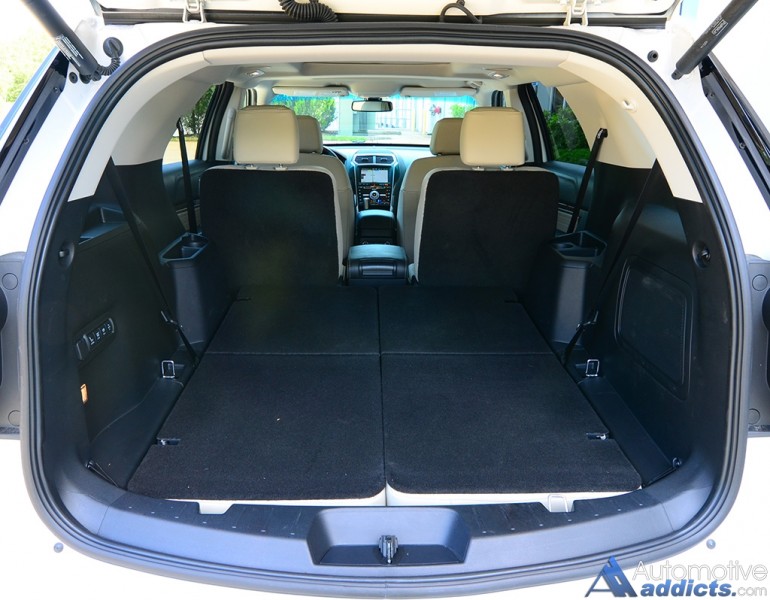 The starting price of the 2016 Ford Explorer is $31,160 before any fees and quickly climbs through its five trim levels landing at the highest tier for my Explorer Platinum test vehicle at $55,355 including a destination and delivery charge of $945.