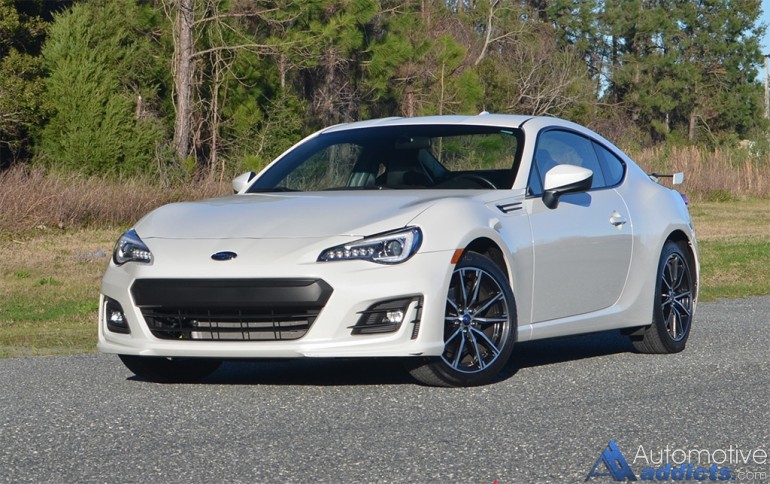 Subaru has managed to remain in the limelight when it comes to its rear wheel drive sports car, the BRZ. For the 2017 model year, Subaru introduces their most significant changes for the BRZ since the sporty coupe’s introduction as a 2012 model year with tweaks aimed to keep the niche segment alive and thriving for a group of dedicated enthusiasts. 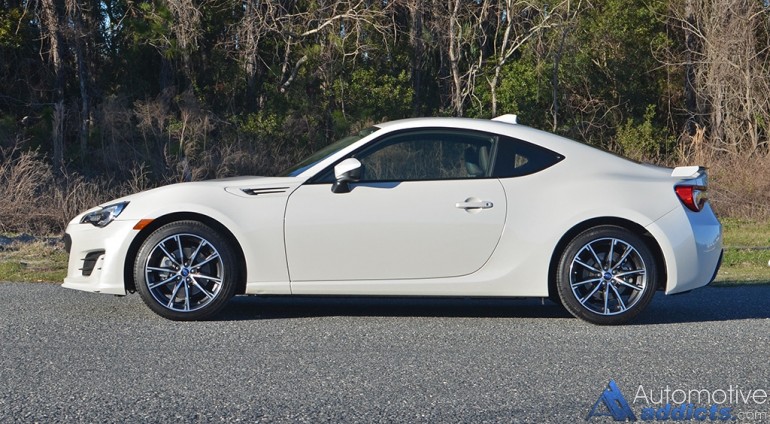 Charting the changes for the 2017 model year, Subaru adds five more horsepower and five lb-ft of torque to the 4-cylinder boxer engine but the power bump is reserved for vehicles equipped with the standard 6-speed manual transmission. Automatic transmission BRZs make do with the original 200-horsepower engine. To muster out the additional five ponies and five lb-ft of torque, engineers gave the flat-4-cylinder better breathing from a larger intake manifold, several lower-friction internals, and an improved fuel pump with lower resistance. The minuscule power addition is only part of the improved formula as the engine appears to have better mid-throttle power and the torque curve seems to drop off later than before in the RPM range. 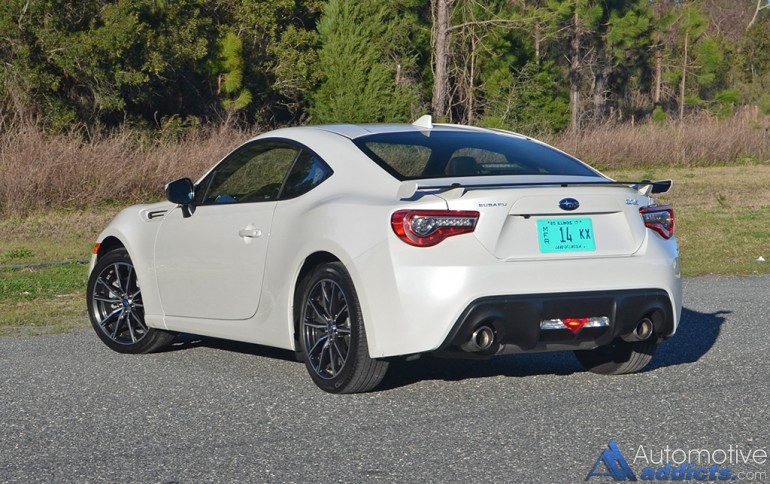 Fuel efficiency is somewhat changed on the 2017 model with slightly less mileage in the city and on the highway with new engine getting an EPA-estimated 21 mpg city and 29 mpg highway. Mind you, the automatic transmission-equipped BRZ, which is left with the older engine, gets 24 mpg city and 33 mpg highway, a big difference.

In all, the improved engine is a welcomed change for the BRZ allowing you to quickly row through the six forward gears with a shorter differential ratio. The suspension has also been slightly reworked, which appears to have a more agreeable ride quality for both daily commutes and track days by the way of stiffer front springs but softer rears. The overall response is also a bit crisper, which can go up another notch with a new Performance trim option, which adds Sachs ZF shocks, and half-inch wider wheels to fit Brembo brakes that are an inch larger than the standard set. Unfortunately, my BRZ Limited test vehicle didn’t include the Performance trim’s goodies. Still, the 2017 BRZ changes make a good case to revisit the smallish sports coupe’s improved dynamics on the road. 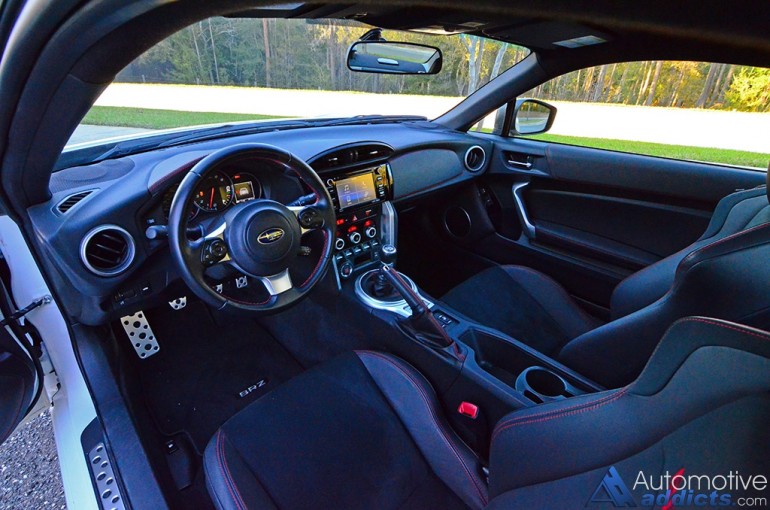 The new 2017 BRZ is still a Subaru, which shares its improved traits with its not-so-distant sibling, the Toyota 86 (previously the Scion FR-S). There are a few reinforcements added to the body structure of the new BRZ, as engineers will explain; make the vehicle dynamically more stable and rigid. The visual changes remain focused on the new all-LED exterior lighting with redesigned LED clusters up front and out back that stand out more than ever before. 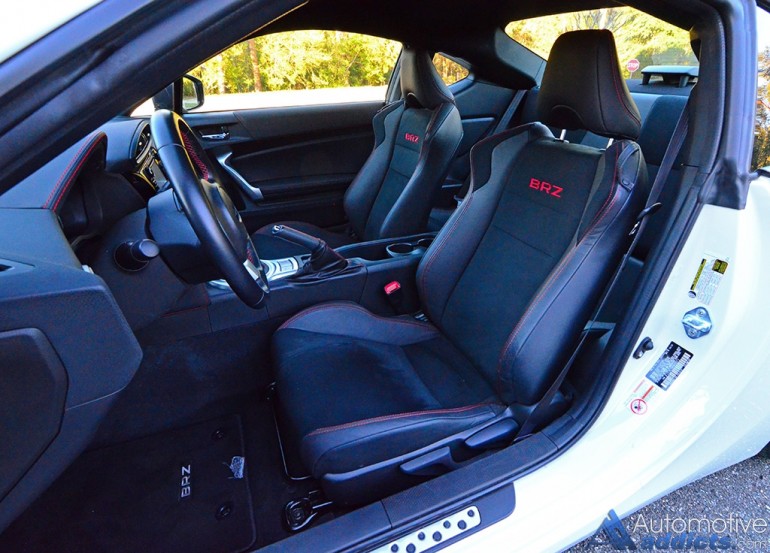 Inside of the 2017 Subaru BRZ the cabin is virtually the same only refreshed with welcomed accents. Most of the notable changes are new premium materials, such as the red stitching accents throughout and embroidered ‘BRZ’ front seats with Alcantara seat inserts front and back. The passenger dash panel is now wrapped in a soft-touch material with red-accented stitching adding a unique character to the overall appeal of the cabin. The red-stitched and leather-wrapped steering wheel now feature backlit spoke-mounted audio, gauge cluster, and infotainment controls. The driver’s gauge cluster has been updated to feature a color LCD screen for additional information readouts and a limited amount of performance data. 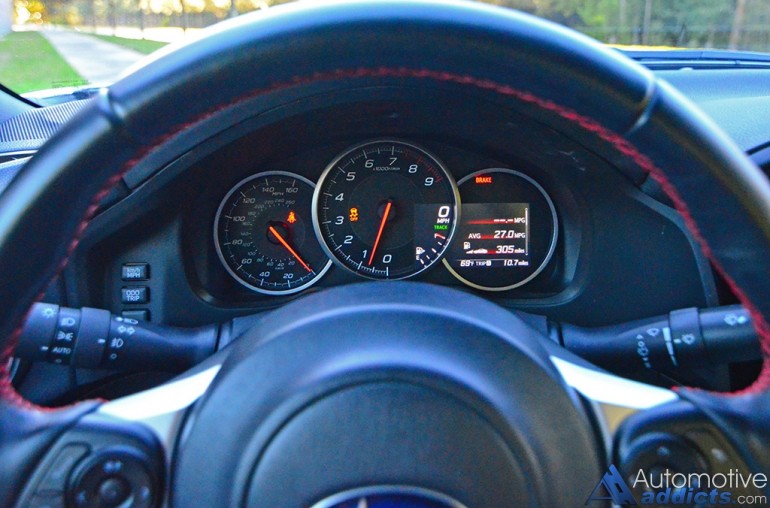 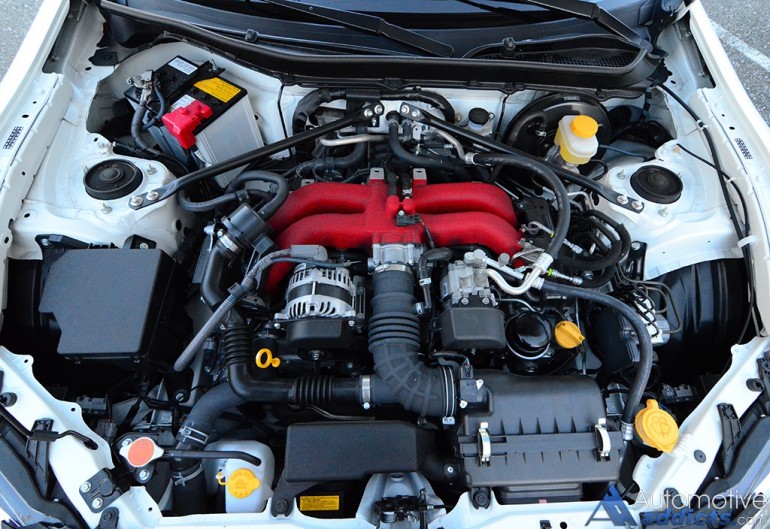 The enjoyment and excitement of the Subaru BRZ lives on with welcomed changes, most of which may not be immediately noticed. However, as you drive the new 2017 BRZ, you start to appreciate the updates more and more. Still, the BRZ could use some “real” extra power. However, the driving excitement thrives in your ability to toss it around on back roads without the worries ending up in the ditch. The BRZ begs to be pushed to its limits and come out of turns with your right foot firmly planted to the floor with assurance. Such an inspiring rear-wheel-drive vehicle is far and few in between these days keeping your worry level to a minimum. Not to mention, the BRZ with the 6-speed manual transmission gives you unrelenting confidence and a connection to the road that not many modern-day cars offer, particularly at a price start at $25,495. Now would be an ideal time to revisit one of the few communicative rear wheel drive vehicles available today that brings back the basic fundamentals of driving that enthusiasts long for in an affordable rear-wheel-drive sports coupe with go-kart-like handling and a manual transmission.