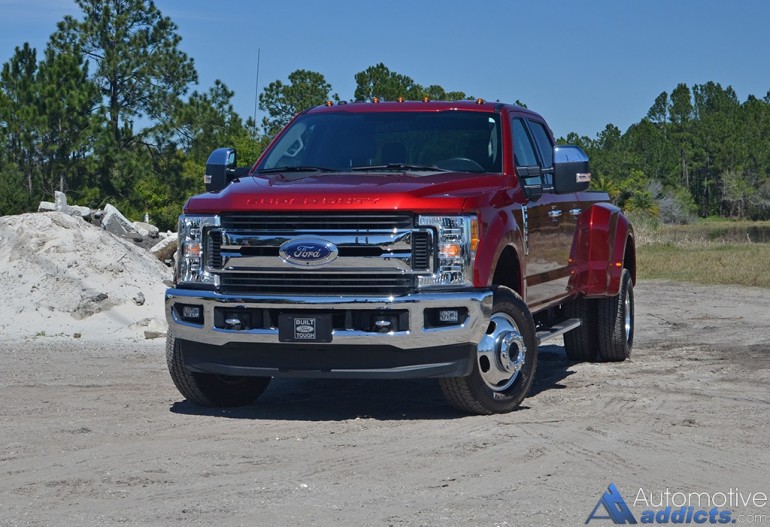 I’m almost fully convinced that if you ever relocate to another home, a pickup truck is an essential tool outside of a full-on crew of professional movers. Over the weekend I had the opportunity to move into a newer house. While driving one of Ford’s largest and most intense F-series pickups, I was eager to take on the challenge apart from the help of a hired moving crew. The new fully-redesigned for 2017 F-350 Super Duty Crew Cab with dual rear wheels proved to be a bit of overkill for my needs but rose to the occasion to haul whatever I threw at it. 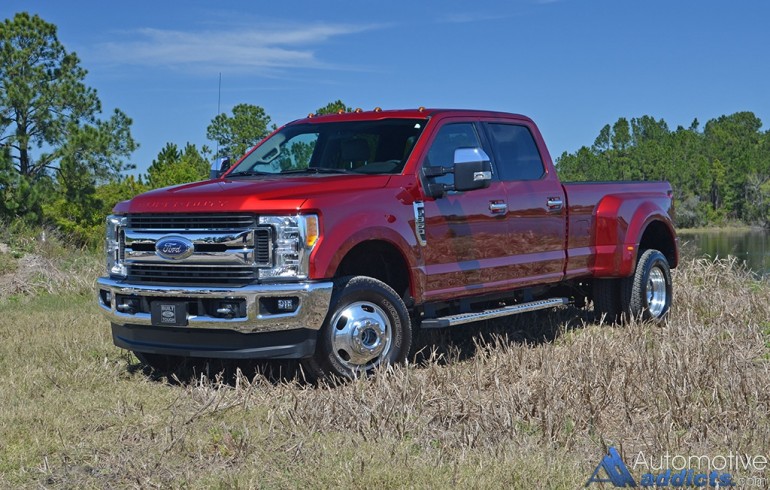 Ford’s F-series of trucks are among the hottest selling items short of loaves of bread and smartphones here in America. At the upper echelon of F-series vehicles that you will find on our local Ford dealership lot, the F-350 is king of them all. Even better, my unique F-350 Super Duty Crew Cab ‘dually’ with dual rear wheels was more than what I needed for my few trips to and from my old home into the new one. Equipped with the base engine for the series, the F-350’s 6.2-liter V8 gasoline engine is a familiar return only slightly reworked for a bit more oomph. 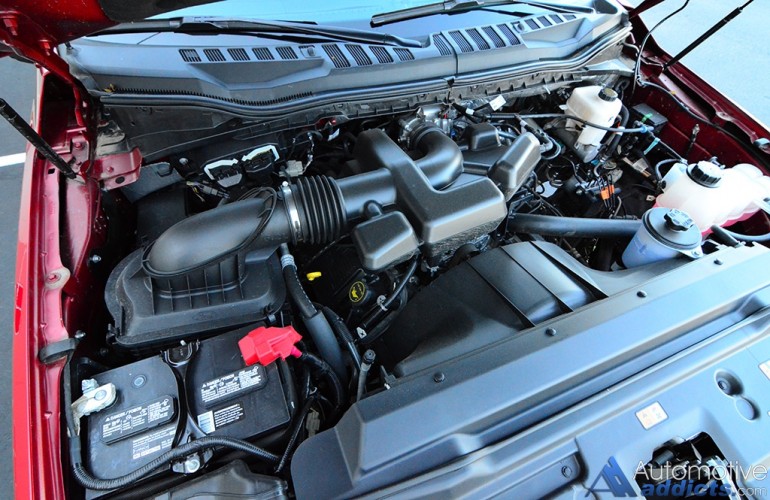 The 6.2-liter V8 gas engine, a surprise choice for such a large vehicle in the Heavy Duty truck segment, holds its own well and proves to be a champion slotted under its more robust and torque-inspired 6.7-liter diesel-powered V8 stablemate. The gasoline V8 with its 385 horsepower and 430 lb-ft of torque is short of the thrill of the Diesel engine’s thrashing 925 lb-ft of torque. However, the gasoline V8 appears to get the job done but it’s nice to know there is a lot more potential in a properly-configured Diesel-powered F-350 to muster enough grunt to tow an astonishing 21,000 pounds with the dual rear wheels and a limit of 27,500 pounds for fifth-wheel trailers. Surprisingly, there is a class-leading limit of 32,000 pounds to tote a gooseneck trailer, also when properly configured for the Power-Stroke Diesel F-350 dually. 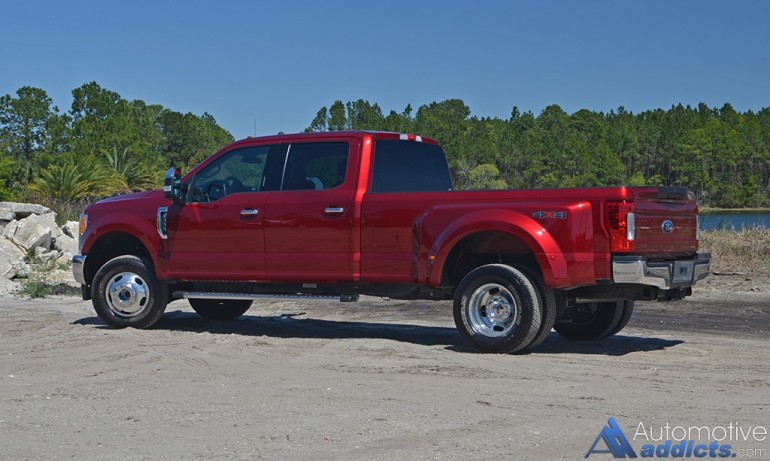 Ford carries over their mold of high strength but lightweight aluminum for its F-series trucks and the F-350 is no different. The aluminum structure aids to the overall performance of the meagerly-powered 6.2-liter gasoline V8 engine, which gets mated to a proven 6-speed automatic and a 4.30 ratio limited slip axle.

Fuel economy for the massive gasoline V8-powered F-350 Super Duty Dually is sadly expected to be dismal. I got about 10.3 mpg on average for my shenanigans of muddling around town and jumping onto a few local Interstate roads. At best, I could muster out about 13.6 mpg but only on the highway at the speed limit with an empty bed. One of the surprising aspects of the F-350 Super Duty Dually is its massive gas tank at an astonishing 48 gallons, which gives you plenty of cruising range, well over 500 miles, and the ability to retain extended trips when hauling or towing items. For obvious reasons, fill-up is going to cost over $100 at the current regular-fuel gas prices. 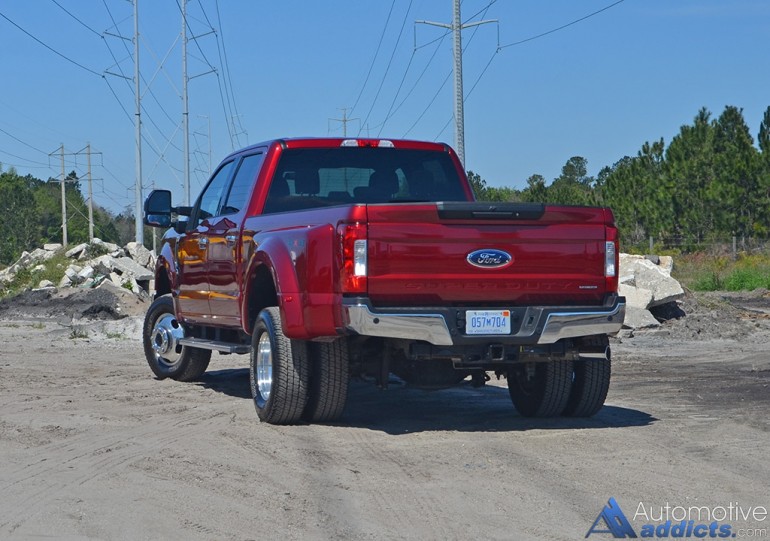 My F-350 XLT test vehicle, at the middle row of its trim level, gets a few added features but leaves a lot of room for improvement. Though, adding on several option groups will quickly raise the price beyond the respectable base price point of my test vehicle at $37,920, which tested out to an estimated $50,000 with options. 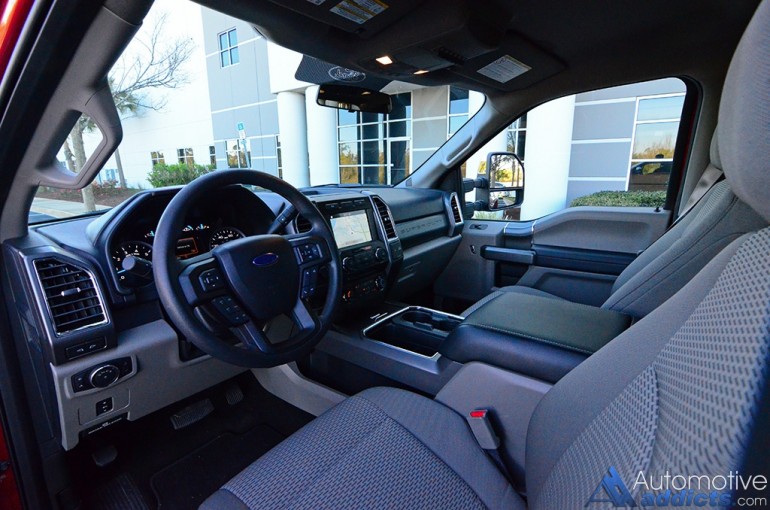 Ford’s proven engineering combined with today’s technological advancements make the F-350 Super Duty Dually Crew Cab quite the versatile vehicle within the scope of a work truck or towing work-horse. The cabin is nice enough to fit five adult-sized occupants comfortably but with the sacrifice of an extremely jiggly ride quality at lower speeds. I will say, despite the horrific Truck-jiggle of the F-350 Dually at lower speeds thanks to its beefy rear leaf springs, the ride quality gets better the faster you go on the highway. The shocks keep the multi-staged leaf springs in check at highway and interstate speeds for an enjoyable ride. 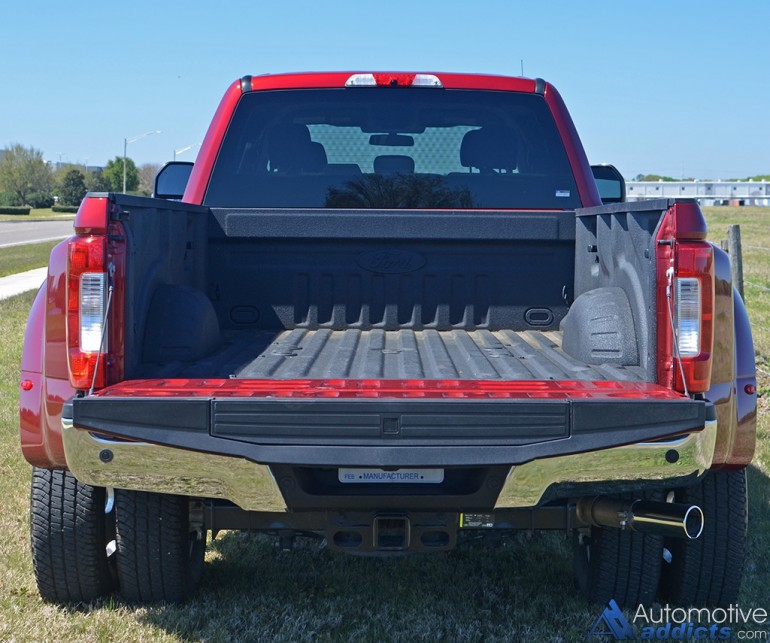 For obvious reasons, due to its sheer size, extended wheelbase, and overall girth, the F-350 Super Duty Dually deserves attention when driving and maneuvering in spaces that you would otherwise think are okay to park your large SUV. The F-350 is big and there is no getting around the fact. Thanks to the optional 360-degree camera system, which I found to be a savior on many occasions as to not scrub up the glistening Ruby Red Metallic paint, the F-350 can be parked just within the painted lines of your local Lowes parking lot. The wide, power folding and power telescoping/extending rearview mirrors also become useful with their extra magnification on the side of safety.

The overall driving nature of the F-350 was surprisingly easy once things get moving. Still, the steering requires several turns but response well to your inputs limiting much drift that you would expect in your average-sized worn out U-Haul truck. 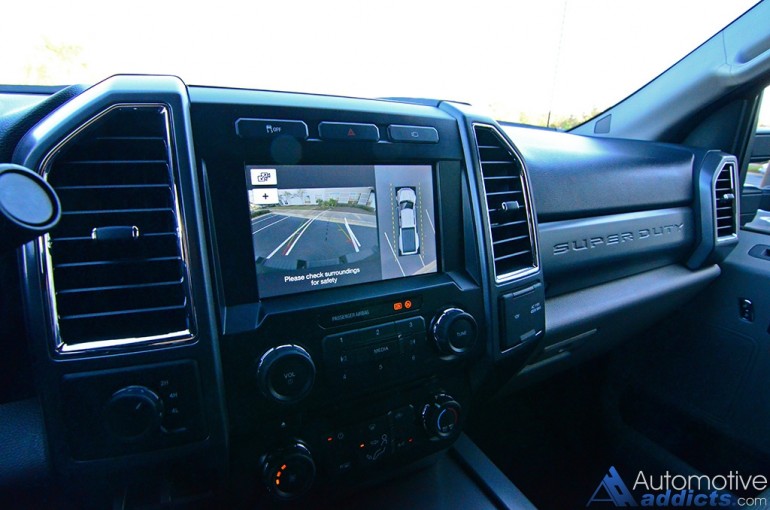 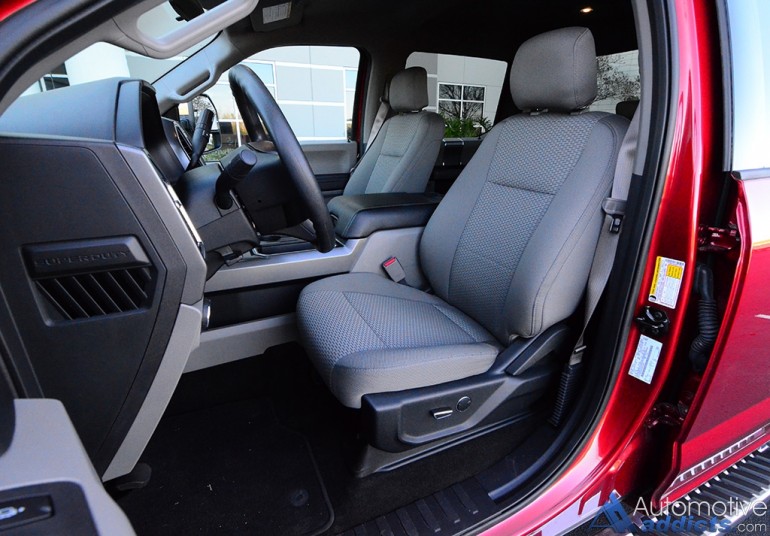 The new 2017 F-350 is undoubtedly a fresh new look with the largest front-end to date for F-series trucks that profoundly makes a statement rolling down the road. The ingenious rear tailgate was quite handy as it provides a strong extended step that dispatches from the top of the gate with an extending upright handle. The step is at the right height and supports hundreds of pounds. The aluminum bed proved to be strong and supportive with its sprayed Tough Bed-lined material throughout. 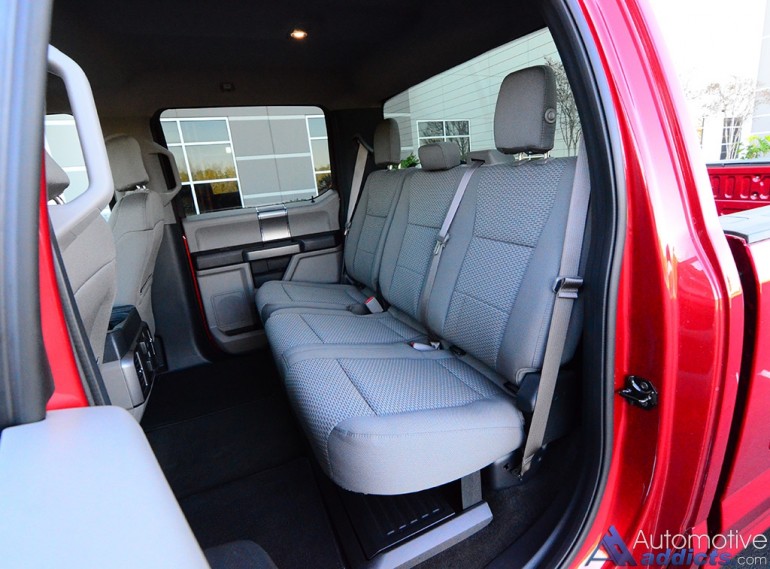 Ford left no stones unturned to make part of the best-selling truck line around even better taking the bigger Heavy Duty variation (Super Duty) and improving upon a robust formula. There is plenty to vilify the Ford Super Duty taking home the 2017 Motor Trend Truck of the Year award, as it is to retain its king-of-the-hill status of being a top seller for many years. 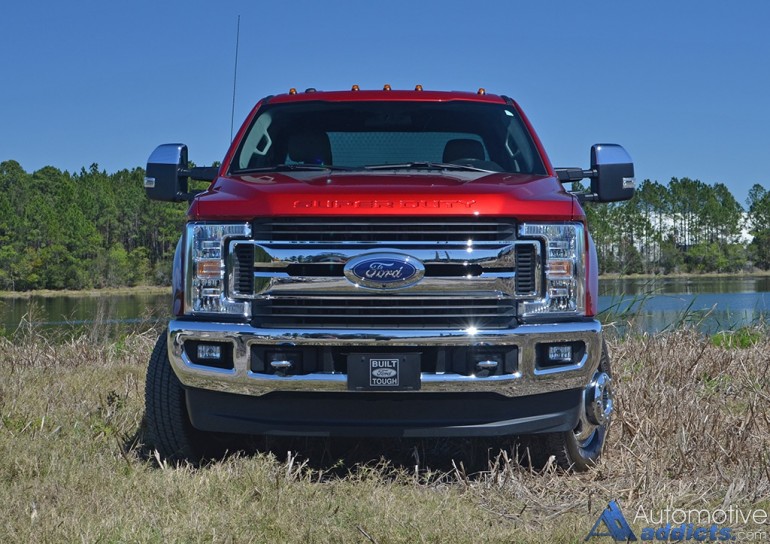