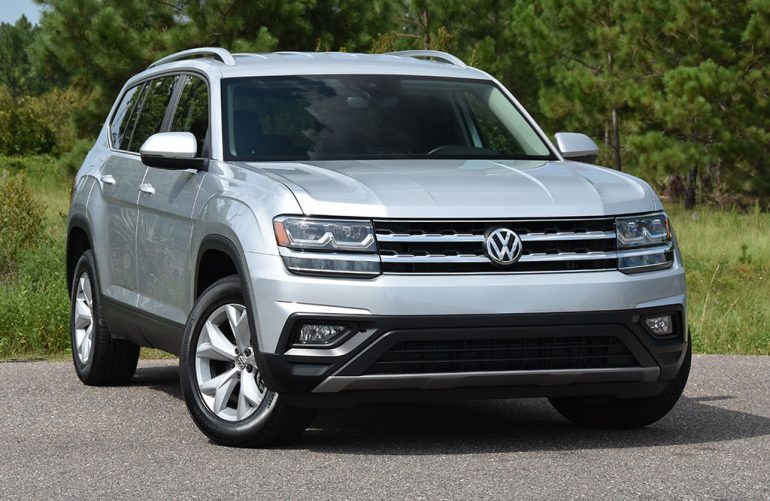 The SUV and crossover utility race has never been more competitive than it is right now. Automotive manufacturers clamor to stand out with innovative features and designs, and Volkswagen has been one to jump into the fray nearly two years ago with their Atlas as a larger crossover that fills a gap the brand once had between its two-row Touareg and new compact-sized three-row Tiguan.

Having larger-than-ever for Volkswagen interior, the new Atlas plays to serve up respected accommodations but without breaking the bank. The Atlas is more of a plebeian vehicle that does just what it is supposed to without any add-on frills or standout styling. Fundamentally, it’s a basic midsized three-row crossover that fits just what growing families need instead of settling for a comparable minivan. 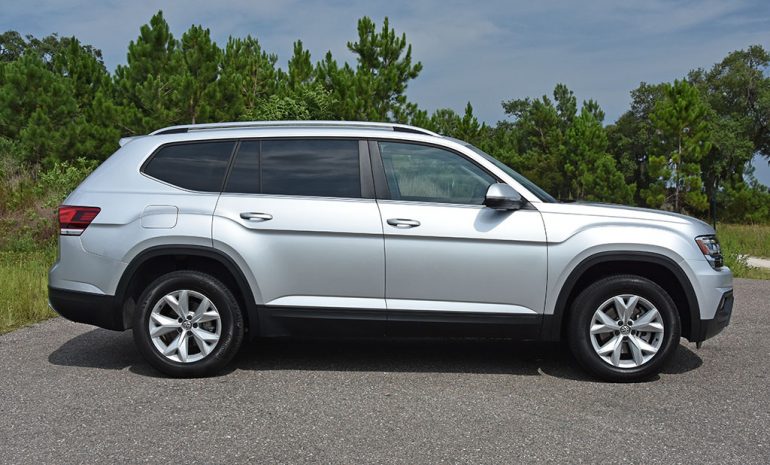 The new 2019 VW Atlas has not changed much other than adding two new trim levels, and a few expanded feature sets not made available to additional trims. Having had a stab at reviewing the 2018 Volkswagen Atlas last year in its top trim level, it was refreshing to get the 2019 model in the middle-of-the-row SE V6 Technology trim that has a much lower price point than the Atlas V6 SEL Premium 4Motion. My current test vehicle, the Atlas V6 SE with a Technology Package, test out at a price of just $38,840, including a $995 destination charge. At such a price, it well undercuts its loaded-up sibling, which had an as-tested price of $49,415. The differences in the two were not extreme but one would want to opt for the 4Motion all-wheel-drive system for more of a balance where I keep experiencing unwanted front-wheel-spin in my current test car. 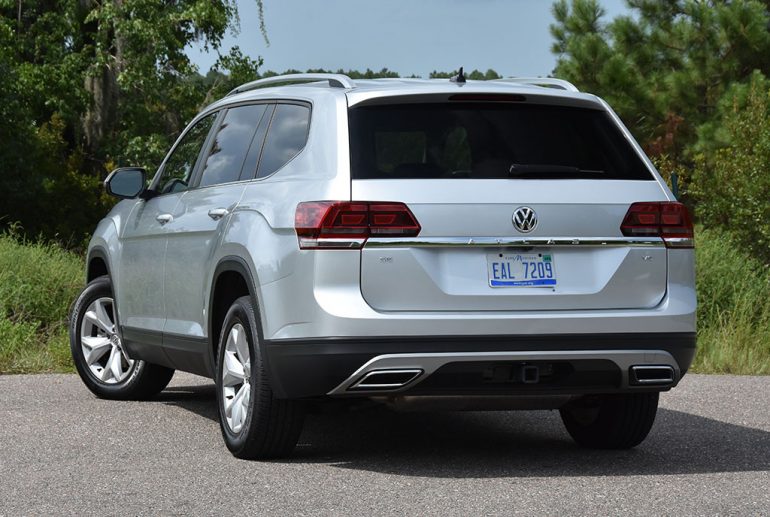 The VW Atlas in its standard front-wheel-drive form is somewhat of a handful when equipped with the 3.6-liter V6 engine that’s good for 276 horsepower and 266 ft-lbs of torque over the turbocharged 2.0-liter 4-cylinder offering. Unfortunately, the handful isn’t the type that enthusiast crave, its more along the lines of being annoying and unsettling where the FWD Atlas doesn’t feel planted to the ground. In all, the hefty VW Atlas tends to feel uneasy leaving you guessing when you pull out in traffic. The power is there, but getting it to the ground is a different story. The narrow-angle V6 does all it can to muster out power through the direct-feeling 8-speed automatic transmission, but things start to get messy when near half throttle or more is applied. Zero to 60 mph takes about 7.6 seconds. The fuel consumption is somewhat dismal not even matching the EPA estimated 17 mpg city, 24 mpg highway, and 19 mpg combined during my test drive. I averaged about 18 mpg and saw as high as 22.6 mpg on the highway. 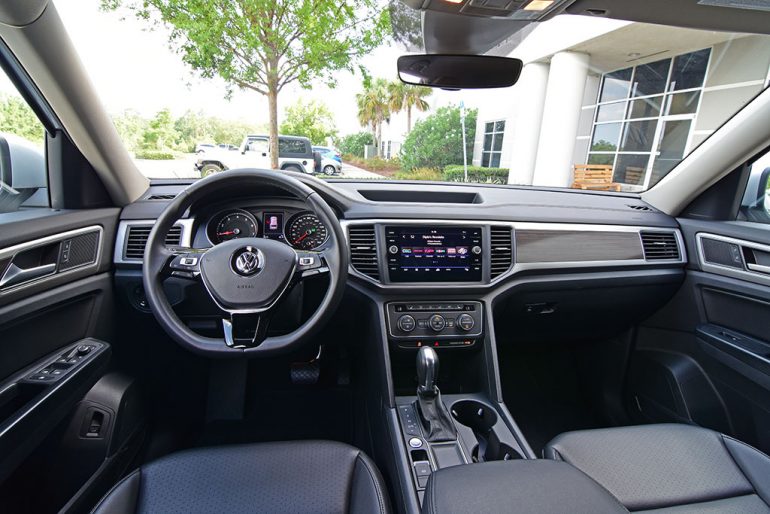 The 2019 VW Atlas rides decent and has its merits for being decent transportation for a large family that requires three rows of seats, accommodating as many as seven in my test vehicle. The seating areas are large, and the second-row allows you to leave a child’s car seat in place while you fold the seat forward to gain entry to the third-row. The Atlas is one of only a few vehicles in this class that can do such an act. The ease of ingress and egress is a benefit for the Atlas to welcome passengers into its cavernous seating areas. The cabin is mostly dull and full of hard plastics. Soft-touch areas are very limited, mostly to the top dashboard and where your arms rest. Cargo room is respectable for the class with over 20 cubic feet behind the third-row and over 96 cubic feet of cargo with the second and third-row folded. 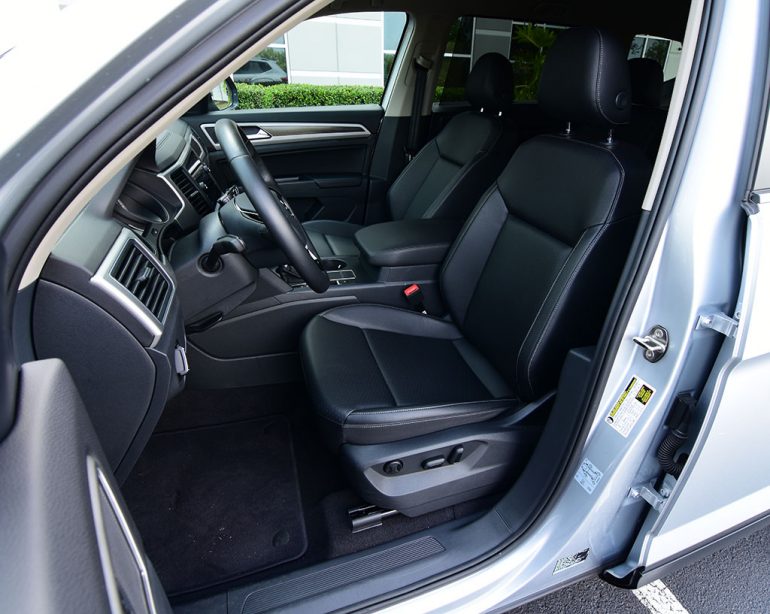 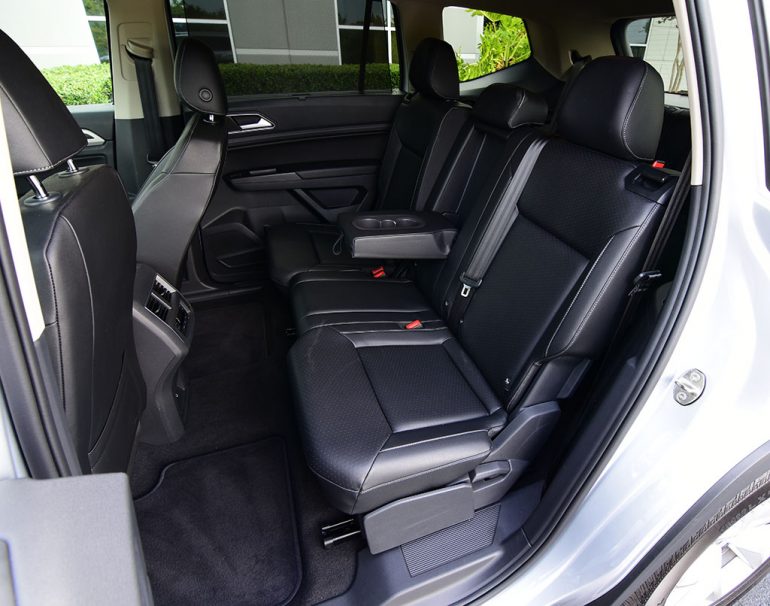 There are just enough features and amenities to satisfy with the middle-level V6 SE Technology trim in the new Atlas, which bundles up the active safety features with adaptive cruise control, blindspot monitor, lane keep assist, forward collision warning with emergency braking, and rear cross-traffic alert. The latest infotainment system in the V6 SE Technology trim is welcomed with an 8-inch high-resolution touch screen and Apple CarPlay and Android Auto integration, which are all part of the Technology trim selection. 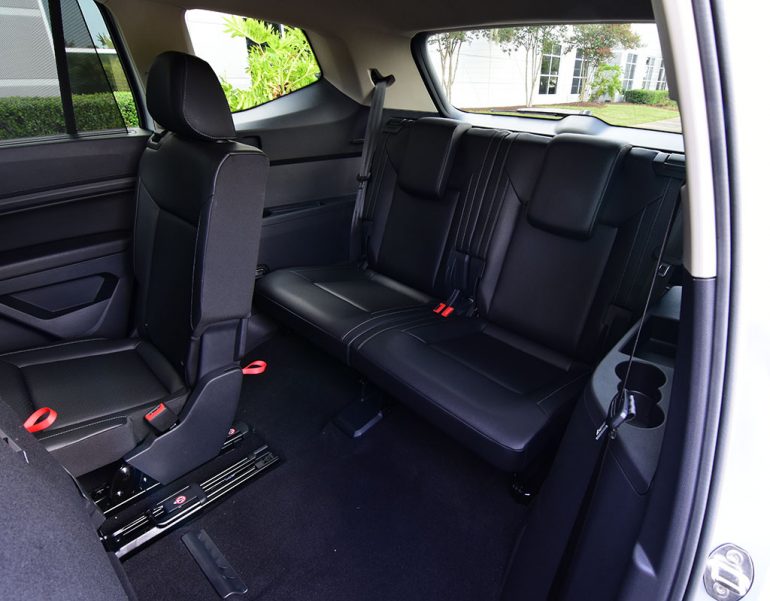 The hard-chiseled lines of the VW Atlas’ exterior and boxy shape are somewhat unique but tend to get a little lost in the crowd of other suburbia crossovers and SUVs. Looking at the complete package of what the new Atlas offers, it’s one of the rare ones that give you spacious accommodations and a bevy of welcomed features at a respected price. In my previous review, I cover other aspects of the new Atlas that can be had for an additional price in the upper trim levels. 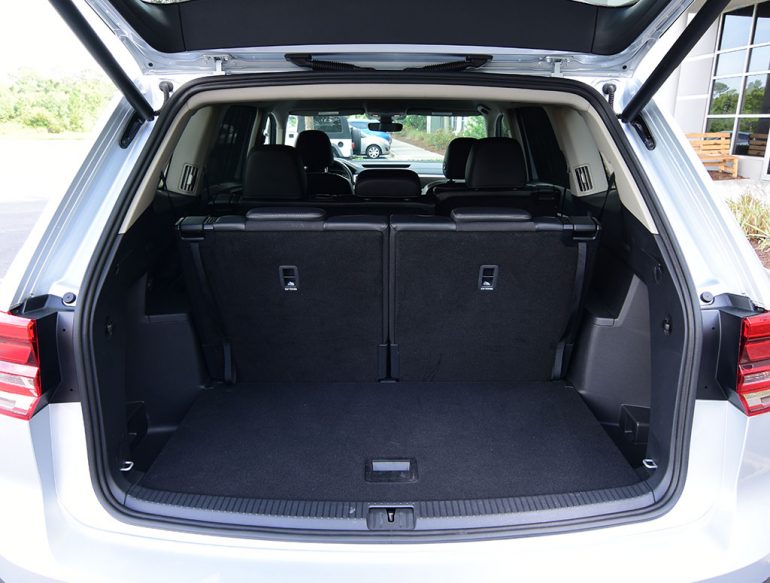