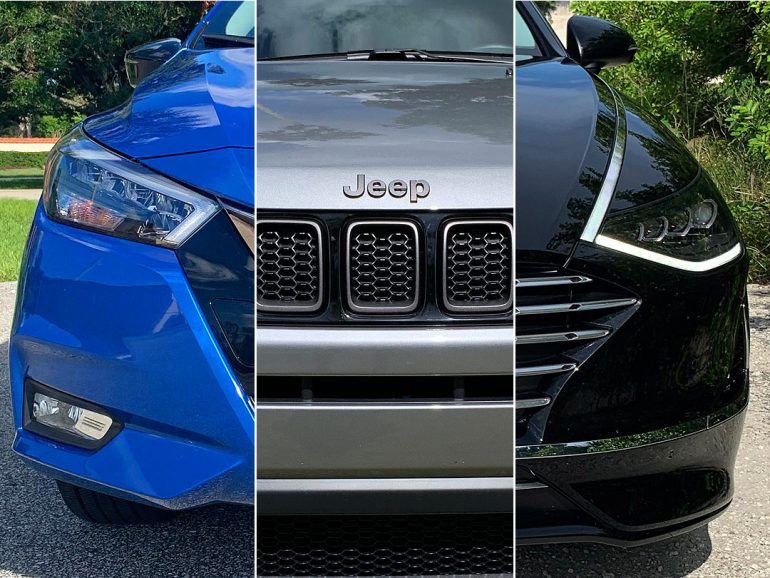 Nearly all vehicles are built to be part of the mainstream. The right ones also know how to differentiate themselves enough to have a true appeal that hits at the heart of their target market. It’s easy to be alluringly distinctive when adding plenty of premium options, but that’s also why the average new car price is approaching over $38k. So, it’s nice to take a look at three vehicle and feature pairings that are both attractive and priced below the mean. 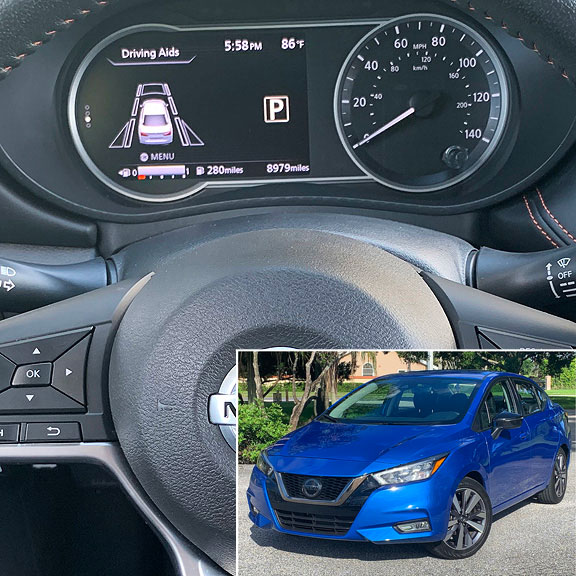 A small sedan is all about appealing to our practical side. After all, sports cars exist, but that’s not what we want to give to a teenager for his/her first wheels. Instead, a practical vehicle is much more attractive when loaded with practical features. The new Nissan Versa builds on this idea with a suite of safety tools that include a warning for lane departure, blind spots, and rear cross-traffic when backing out of a parking space.

This kind of technology is available from pretty much every manufacturer today. The difference is the price point at Nissan. It will be hard to find these features for under $20k elsewhere. The lane departure warning is standard on all Versas starting at $15,755 (including destination charges.) You need the mid-level $18,665 Versa SV trim to get the blind sport warning and handy cross-traffic alert. This intersection of a value price and safety features seem to be the ultimate reminder that most economy sedans are bought because they are the sensible choice. 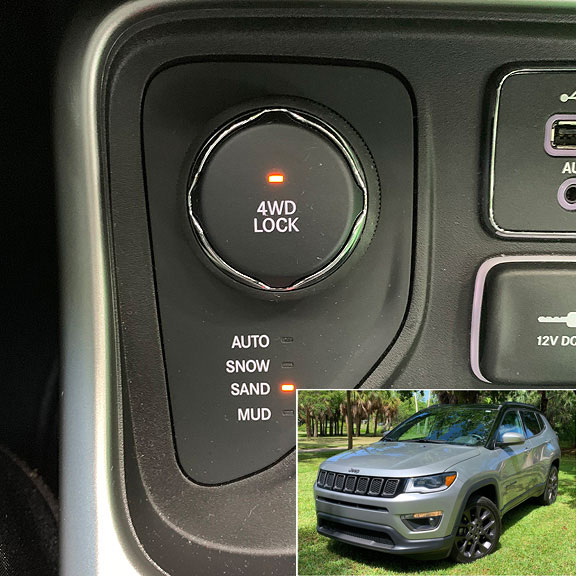 Most of Jeep’s marketing will say any Compass can be optioned as 4×4, but even the fine print will admit the Selec-Terrain System is more of an all-wheel drive setup. That’s not necessarily a bad thing. It lacks the full capacity of a major off-road machine like its Wrangler sibling, but there’s a lock button so that all wheels are working for you. This is important, because in everyday situations, the Compass is like most other crossovers. It’s a nimble and efficient front-drive machine. If the forward wheels slip, then power is automatically transferred to the rear for added grip. The lock button manually engages the rear differential, which means you are not waiting for the all-wheel drive system to detect a slide before sending power to the back wheels. That makes it handy in places like boat ramps.

All Jeep Compass models have a 2,000 lbs towing capacity. That’s enough for the largest jet ski of even a small boat. This is far from the only AWD crossover with the ability to lock the differential. But the sweet spot is the price.

A Jeep Compass Sport AWD costs $26,890 with destination charges. The range-topping Compass TrailHawk has a low-range feature that gets it closer to a true 4×4 system, but at $32,290 it’s hard not to think about Wrangler and Cherokee 4x4s that are now on the menu. On the other end of the spectrum is a vehicle like the $22,975 Hyundai Kona AWD. It also has a lock button, but a smaller towing capacity, it’s really built for passenger use only. So where the Jeep brand is built on the recreational lifestyle, the base Compass AWD seems to hit at the center of some weekend warrior hearts. 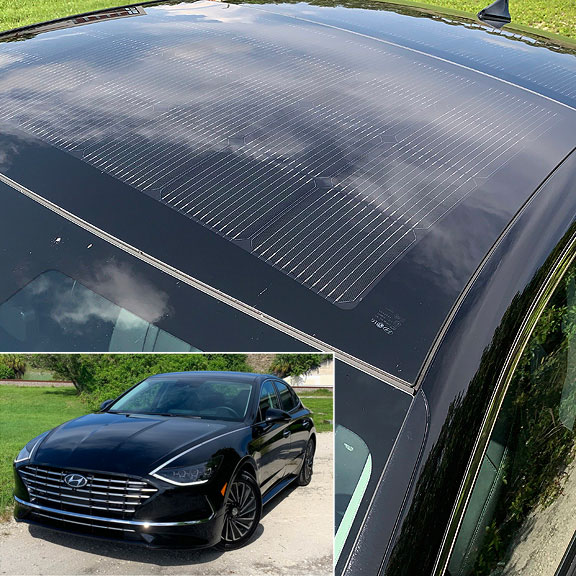 The Hyundai Sonata Hybrid Limited comes standard with a solar panel on its roof. Leave this car parked outside of your office on a sunny day, and there’s nearly two extra miles worth of battery power ready for your ride home.

Solar panels on the roof aren’t anything new. Cars like the Fisker Karma and the Toyota Prius tried it in the past, but Hyundai is the only one bringing it to the mainstream today. The components are pricey, and other options are far easier to install, so that’s probably why this feature only comes on the upper-end Limited trim.

At $36,295 this runs under the average new car price bar, but it’s far from the least expensive hybrid out there. The base Sonata Hybrid is $7,550 less, a Toyota Camry Hybrid is $6,870 less, and Hyundai’s smaller Ioniq Hybrid is $12,100 less. However, this one isn’t competing against the starter cars.

The low price of gas today means if you’re buying a hybrid, you’re doing it more for environmental reasons than fuel costs. Some people want to be both extra-green and extra-premium. The Limited trim comes standard with every luxury feature from a full digital dash to ventilated leather seats. The solar roof fits into this upper-class environmentalist feeling by offering both a useful function and a unique talking point for dinner parties. After all, any car company can give you a panoramic sunroof to enjoy nature’s bounty. But if you’re seeking out the hybrid lifestyle, the true premium feeling comes from going the extra mile for the environment…and the solar roof literally lets you do that. 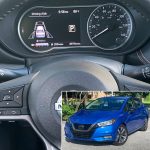 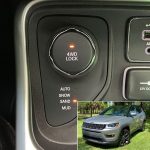 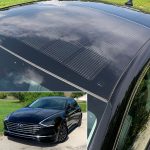