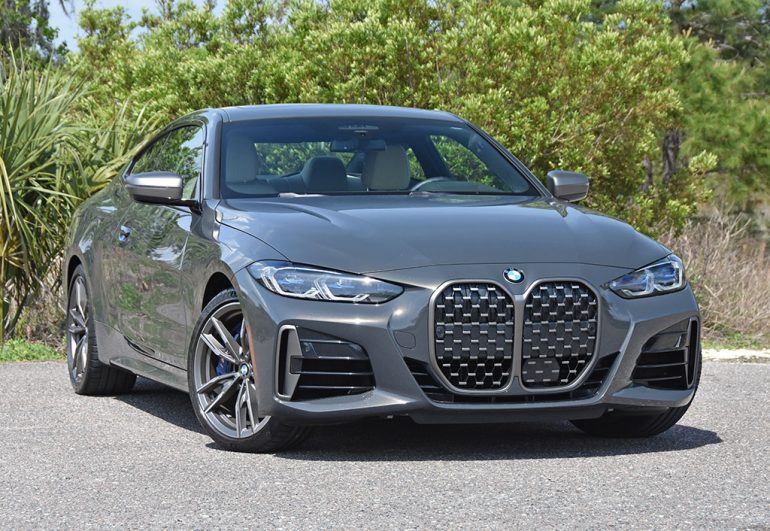 Over many years of BMW ownership, I’ve held onto being a cheerleader for the brand but some new models have me questioning my love for the German automaker. In comes the new 2021 BMW 4-Series, a vehicle in the mix of much controversy over its front-end grille design. While I’ll quickly get to the chase of my dislike for the front grille design, overall, the new 4-Series is an excellent vehicle otherwise. Let me explain.

In today’s spectrum of automobiles, we appear to be inching closer to a major crossroads where electrification is the new in-thing while we attempt to digest crossover utility vehicles (CUVs and SUVs) being the dominating segment on the road. With such a notion, there’s still a little life left in the luxury sports coupe and the latest BMW 4-Series in the top-level-before-the-M4 trim, my M440i xDrive test vehicle, is everything that you expect from a benchmark setter – except for that “interesting-looking” front grille.

I won’t beat the proverbial dead horse by continually talking about how the front grille of the new 4-Series hasn’t grown on me the least bit from conceptual drawings all the way to my driveway. It does, however, have the active grille shutters and is unmistakably BMW in its overall “look.” So there’s that. 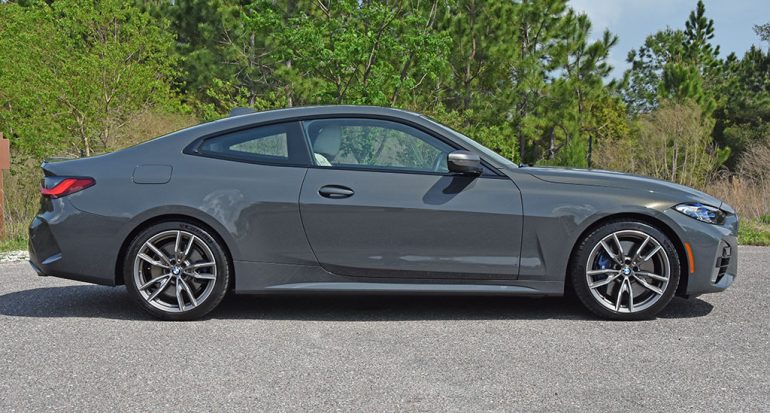 What I will talk about is how the new M440i xDrive is an excellent transition for the modern luxury sports coupe with subtleties that go the distance to refine the overall driving dynamics into the much larger form that the 4-Series has taken. When I say larger, I really mean it, and that’s a body structure that’s almost as big as the previous-generation 6-Series Coupe. There’s actually usable space in the two back seats for normal-sized adults who have legs. Yes, Even my 6-foot frame can get back there and nearly sit upright. Though, I wouldn’t want to take a long trip in the back – but it is larger than the outgoing 4-Series. 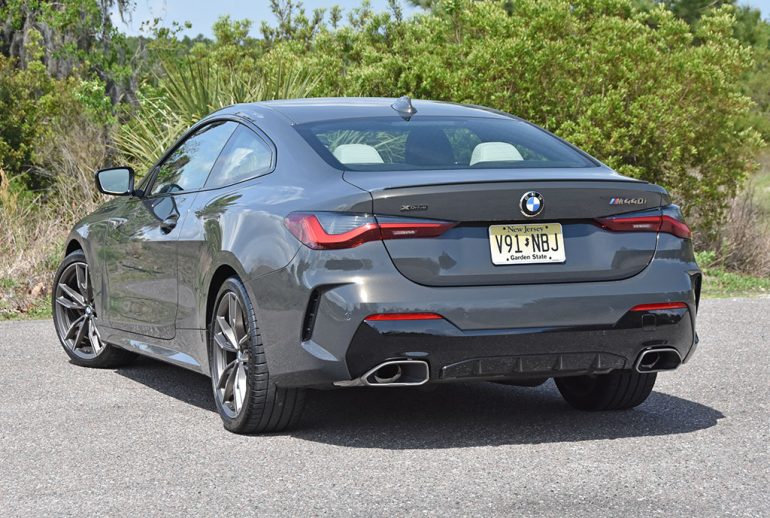 Powering the BMW M440i xDrive is a reworked variation of the brand’s turbocharged inline-6-cylinder engine only now in a mild-hybrid form that utilizes a 48-volt system to fill gaps in the powerband making use of a motor/generator. That motor serves multiple duties as well as acting as the engine starter. Total power output is rated at 382 horsepower and 369 lb-ft of torque where 11 horsepower is added (or filled) when needed from the mild-hybrid system’s electric motor/generator. Overall, power comes on strong with a relatively flat torque curve where the engine seems to never give out of steam all the way to its redline. The ZF-sourced 8-speed automatic transmission fires off shifts quickly with very limited use of the torque converter while all four wheels are powered through the sophisticated xDrive system. A manual transmission is no longer offered for the 4-Series unless you opt for the performance-oriented M4. 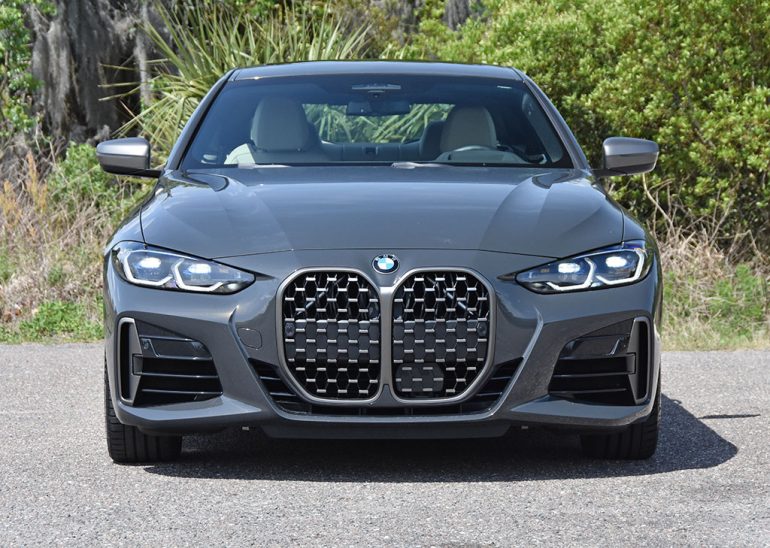 In all, the M440i xDrive feels more substantial than its power figures on paper. Using the launch control system you’re even able to hit 60 mph in just 4.2 seconds! Though the drawback is there’s a bit of extra weight over the last generation 4-Series, but the adaptive M suspension does well to hide that heft that tips the scale at 3,977 pounds. Turn in and overall handling doesn’t depart from what you expect out of a two-door BMW, there’s still a lot to like about the way the M440i xDrive handles itself and benefits from the all-wheel-drive system when pushed near its limits. The 19-inch wheels and staggered sized performance tires do well to keep the composure of the 4-Series Coupe, while an M Sport Differential lets the rear wheels slide together in a controllable balance when you dare to disable traction and stability control while in the Sport drive modes. 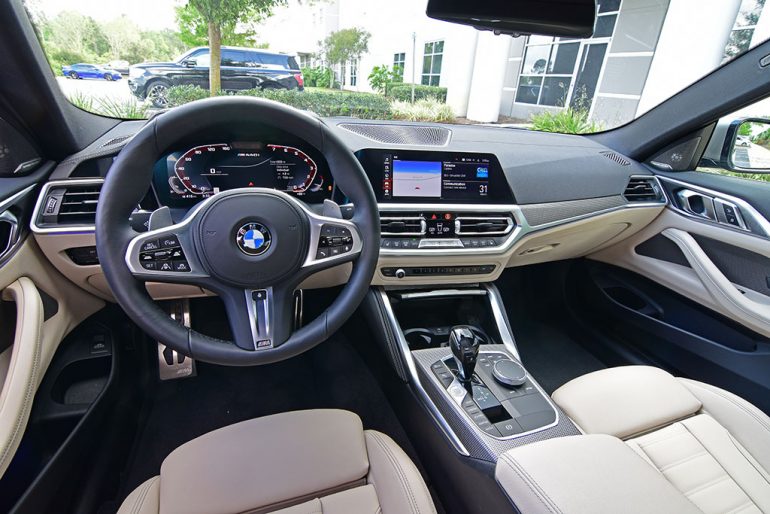 One thing to note about the drive modes, there is no longer a dedicated button to deactivate the auto start/stop system – disabling the system is now baked into the drive modes where any Sport drive mode disables auto start/stop while the default Comfort mode along with Adaptive and Eco all enable the start/stop programming. In Eco Pro drive mode you can manage to best the EPA fuel consumption figures of 22 mpg city and 31 mpg highway through the vehicle coasting by automatically decoupling the transmission from the drive wheels to reduce engine drag. Interestingly, the vehicle will reengage the transmission to slow the vehicle when it detects your approach of a vehicle in front of you through the front adaptive cruise control’s radar. 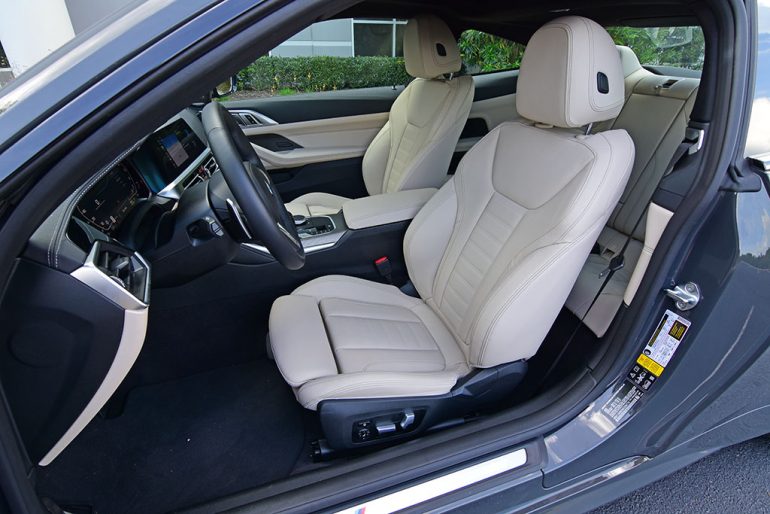 The interior of the new M440i xDrive is a repeated page taken out of the modern-day BMW book with minimal changes, only a larger space. The one characteristic that I would change in the new M440i is the lower door trim that is widened for a cup holder that tends to invade your lateral foot and leg room where I found the side of my leg to hit often. Otherwise, the seating areas are comfy and spacious, and very accommodating in the adjustability of the front heated seats. 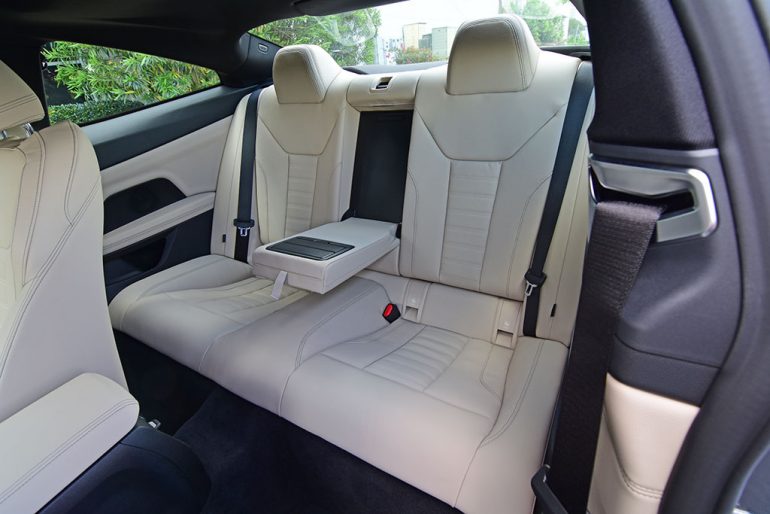 The latest iteration of iDrive combines subtle updates throughout the interface adding a slight learning curve but most can quickly become acclimated to its use through redundant controls using either the 10.3-inch touchscreen or the large physical iDrive controller knob with a handwriting touchpad. Gesture control along with the natural voice operation system is a nice touch, adding additional control layers to your BMW. 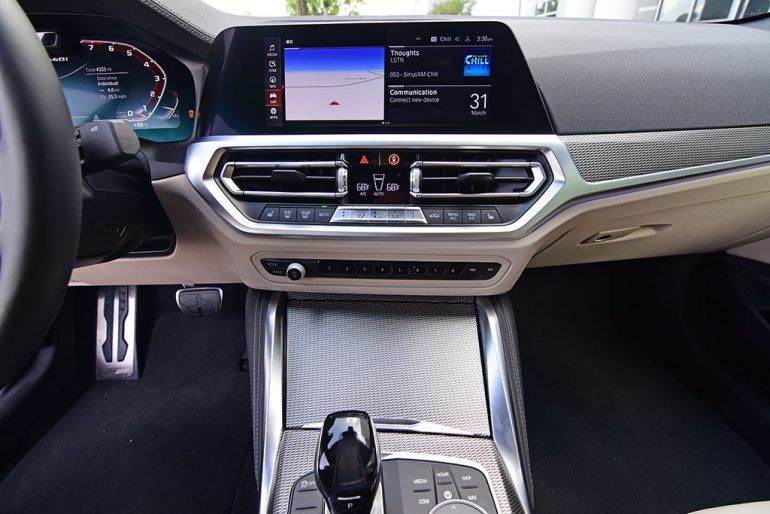 BMW has done well to put innovation at its forefront but they don’t let it get in the way of the expected driving quality of the new M440i xDrive, other than the obvious “issue” that I stated much earlier, which may be a lesson for BMW to literally go back to the drawing board – let’s hope they do for the sake of BMW fans like myself and overall sales. 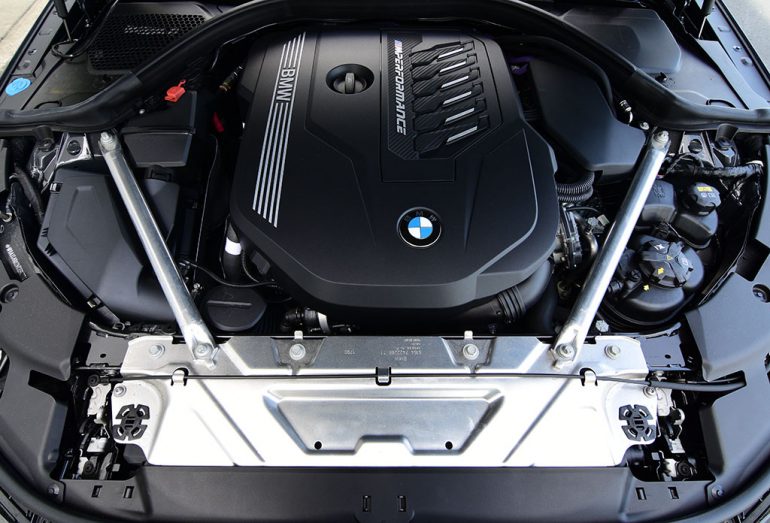 In the pay-to-play aspect, you’re going to be expected to fork over quite a few bills to get into a nearly-loaded 4-Series with my new M440i xDrive test vehicle pricing out at $71,870. For affordability, the BMW 430i may be the right choice for most as you could jump to the new 473-hp M4 for about the same price as you leave a fully-loaded M440i xDrive.